Israel will hold unprecedented third election in under a year 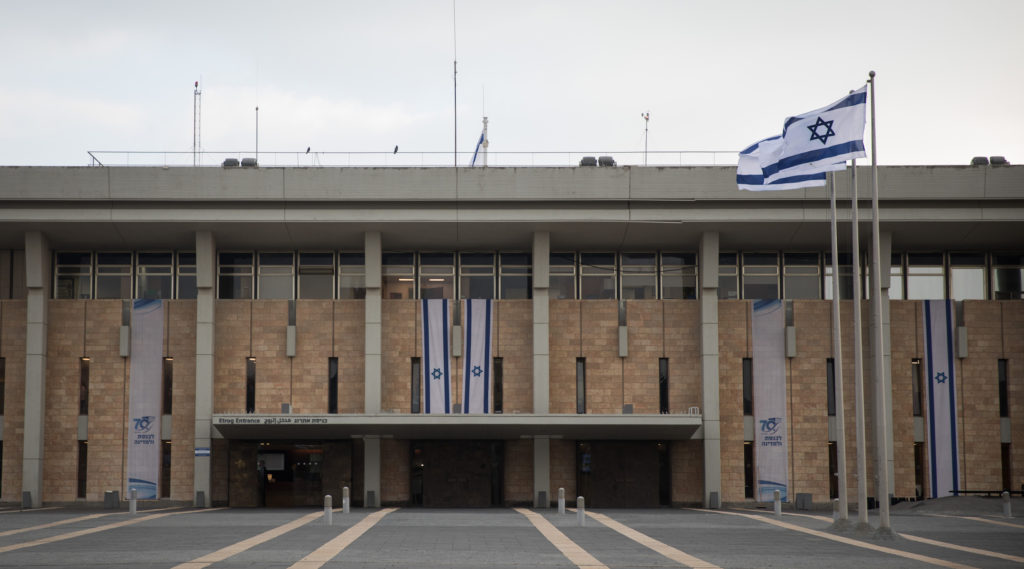 JERUSALEM (JTA) — Maybe the third time will be the charm.

Israel will hold an unprecedented third election in less than a year after lawmakers failed to form a government coalition by Wednesday night.

The date of the next election is set for March 10. That makes it fall on the holiday of Purim — lawmakers are expected to stay through the night to negotiate moving the election date, however.

The government’s fall comes after both Prime Minister Benjamin Netanyahu and Blue and White party head Benny Gantz were each unable to form a government after the last elections on Sept. 17. Following those failures, lawmakers also came up short in their bid to find 61 colleagues to agree to support a candidate for prime minister.

Avigdor Liberman, head of the secular-right Yisrael Beiteinu party, could have given one of the two top parties a majority, but he withheld his support for either, demanding instead a unity government that involved them all together.

Neither Netanyahu or Gantz was willing to compromise over a rotating premiership either. Netanyahu’s indictment a month ago on corruption charges added complications to the unity talks.

Netanyahu was unwilling to step down as party leader following the indictment. His rivals within his Likud party said if he had stepped down, they could have formed a unity government without him — since Gantz had indicated a willingness to make a deal with a different Likud leader. On Wednesday, Likud announced it would hold a party leadership vote on Dec. 26.

“The two major parties, which have 65 seats together, are responsible for another unnecessary election,” Liberman said Wednesday at a meeting of Yisrael Beiteinu lawmakers. “Beyond the ego battle that took place for months, neither really wanted a unity government, but rather another election.”

The results of a third election are not expected to be substantially different than the previous two. But a Channel 13 News poll published on Tuesday showed that Blue and White would get 37 Knesset seats in the upcoming election, up from its current 33, with Likud garnering 33, up from its current 32, but at the expense of other parties in the right-wing bloc.

The blocs are expected to stay basically the same, with 55 seats for the right, 57 for the left and center, and eight for Liberman.

With an election set for the beginning of March, the earliest that a government is likely to be formed is sometime in April 2020. This means that Israel will have spent some 18 months under a caretaker government.