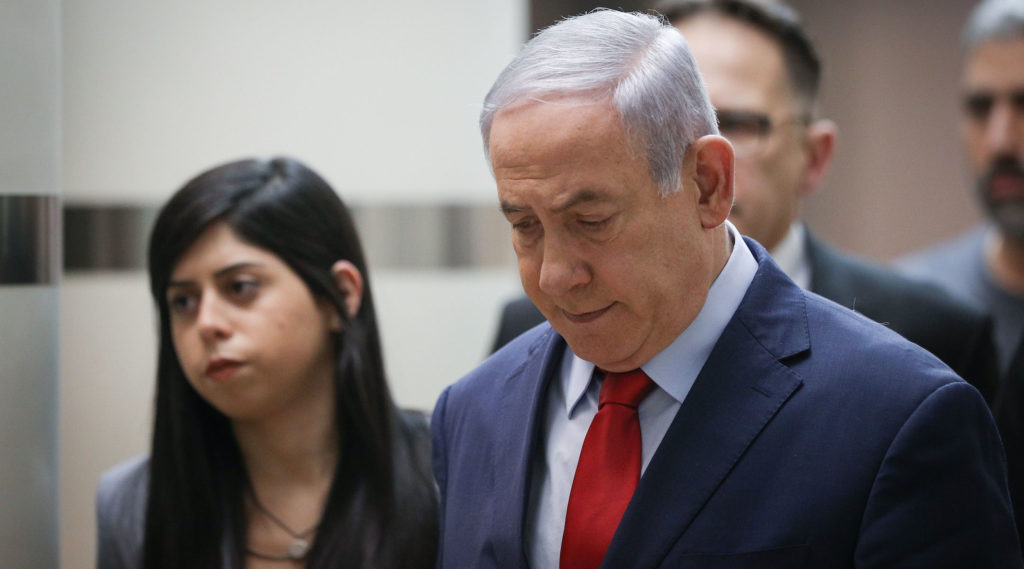 (JTA) — For the first time in its history, Israel will hold a second national election in one year, four months after the last election in April.

The Israeli Knesset voted at midnight Thursday to dissolve itself, triggering elections on Sept. 17. The unprecedented vote happened after Prime Minister Benjamin Netanyahu failed to assemble a governing coalition by the end of the day Wednesday, his final deadline.

Netanyahu was seen as the winner of the April 9 election because right-wing parties, which all supported Netanyahu for prime minister, garnered a majority in Knesset. But Netanyahu was unable to get those parties to join a governing coalition with one another.

The sticking point was a draft law obligating haredi Orthodox men to participate in Israel’s mandatory military draft. Haredi Orthodox parties wanted to soften the text of the law. Avigdor Liberman, head of the secular, right-wing Yisrael Beiteinu party, insisted he would not join the government unless the law was passed in its current form. In the end, Liberman did not join the coalition, dooming Netanyahu’s efforts.

Netanyahu called the course of events “kafkaesque,” and said the elections, which he voted for, are “unnecessary, wasteful elections that no one needs and no one wants.”

“The nation spoke,” he said to members of the press following the vote. “Liberman wanted more seats and because he wants seats, he’s taking everyone along. Instead of giving the state direction, we’re taking it backward. It’s unbelievable.”

Just minutes before the vote, Liberman told reporters, “To my sorrow, the state of Israel is going to elections,” blaming it on the “complete surrender of the Likud to the haredim.”

Rather than give his rivals a chance at forming a government, Netanyahu and his allies voted to trigger another round of elections. Arab Israeli lawmakers, hoping for more seats in a new election, also voted to hold new elections.