Israel to build new towns for Bedouins, the disabled 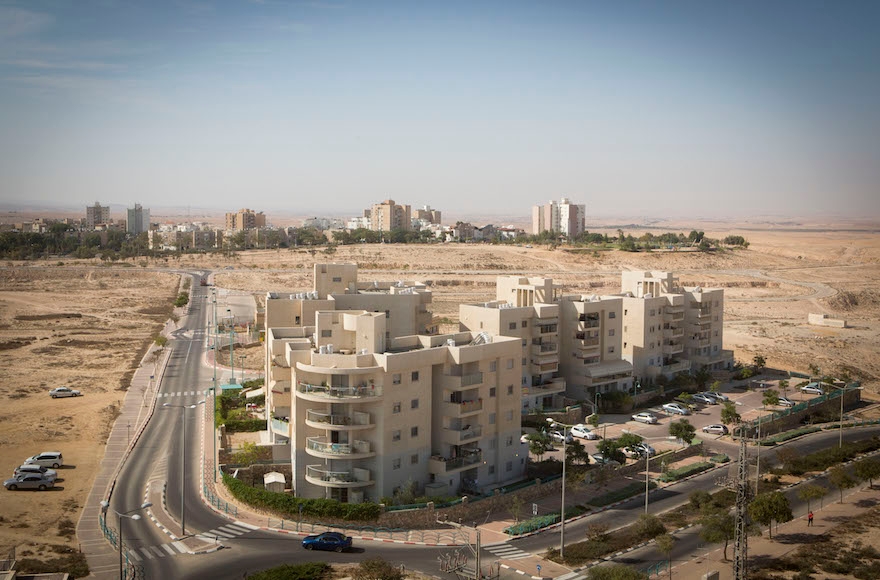 A view of residential neighborhoods in the southern Israeli town of Arad, located in the Negev Desert. (Miriam Alster/Flash90)

JERUSALEM (JTA) — The Israeli government has approved the construction of several new towns in the Negev and Galilee geared to serve the Bedouin and disabled populations.

The Housing Cabinet approved the Shibolet and Daniel communities on Monday, Globes reported. Twenty percent of the units  are slated to be sold to people who are disabled.

Shibolet, in the southern Galilee, will have a total of 350 units. Another 500 units will be built near Ofakim in the south.

Meanwhile, the establishment of Ir Ovot, which will be built in the Arava region of the Negev, comes as part of the government’s effort to resettle the Bedouin minority in permanent housing.

Last year the government began legalizing many Bedouin homes in the Negev, but the Bedouins have been wary because their ownership was not being recognized. Many Bedouin communities lack basic infrastructure.

The issue of housing became a point of contention with the recent passing of Israel’s controversial nation-state bill, which says  the “state views Jewish settlement as a national value and will labor to encourage and promote its establishment and development.” Critics have alleged that the new law promotes housing discrimination.