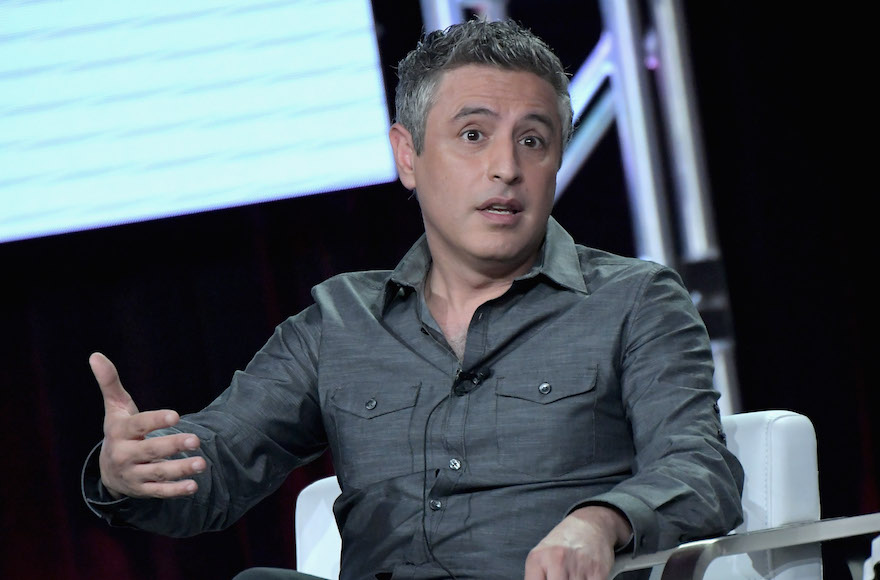 JERUSALEM (JTA) — The Shin Bet security service is denying that it aggressively interrogated Reza Aslan, a prominent Iranian-American writer who recently took to Twitter to describe an alleged attempt by security personnel to threaten and intimidate him upon landing in Israel.

In a statement, the Shin Bet said that Azlan was a “foreign national who was born in Iran” who had engaged in behavior that had “raised suspicions.”

On Tuesday, Aslan tweeted that he was inspired to share his story after seeing the public outrage over a similar incident that occurred when Peter Beinart, a prominent liberal Zionist journalist and commentator, was interrogated at the Tel Aviv airport. Israeli Prime Minister Benjamin Netanyahu said in a statement Monday that he had spoken with Israel’s security forces about Beinart’s detainment and called it an “administrative mistake.”

“Peter’s experience has spurred me to share mine,” he wrote. “2 weeks ago, as I was crossing back into Israel from Jordan, I was separated from my family and detained by Shin Bet. ‘We can make it so you don’t see your kids for a long time’ I was warned.”

Describing what came next as reminiscent of “police states,” Aslan said that a female Shin Bet agent threatened him, asking him if he thought that “because you’re a public person I can’t do whatever I want with you?”

Then the pair went into a back and forth regarding his feelings toward Israel in which he denied that Netanyahu was democratically elected.

“Why do you hate Israel?” She asked.

“But you hate our Prime Minister.”

“He was democratically elected!” (No he wasn’t but let’s just drop that)

“So was Trump and I hate him and still love America.”

After an argument about President Donald Trump, “the police state part began in earnest,” he wrote, alleging that the agent demanded he write down the names of Palestinians and journalists he knew as well as Palestinian organizations he supported.

“And constantly, repeatedly, this threat: ‘if you don’t cooperate it will be a long time before you see your kids again,’” he tweeted. “In the end, after hours of this, she warned ‘I may let you into Israel but, who knows, I may not let you out. I will keep you here and kick out your family. It depends on you. You would miss your kids yes?’ That my friends is the classic police state trick. Iran has perfected it…This was my 4th trip to Israel in ten years and every time it’s gotten worse. It’s becoming unrecognizable as a democracy. It is becoming a full-blown police state.”

The Attorney General’s Office in Israel is investigating a spate of incidents in which prominent left-wing activists have been detained and questioned about their politics and ideologies when trying to enter the country.

Along with Beinart, some of those questioned recently include Simone Zimmerman, a co-founder of the progressive Jewish group IfNotNow; Abby Kirschbaum, who works for an Israeli-Palestinian tour company; and the novelist Moriel Rothman-Zecher.

Israeli officials say the questioning is just a matter of security, ensuring that those entering the country are not militant extremists or possibly carrying something dangerous in their luggage. The officials insist they are not interested in political stances or opinions of Israel’s prime minister.