Israel boycott co-founder Omar Barghouti barred from entering the US 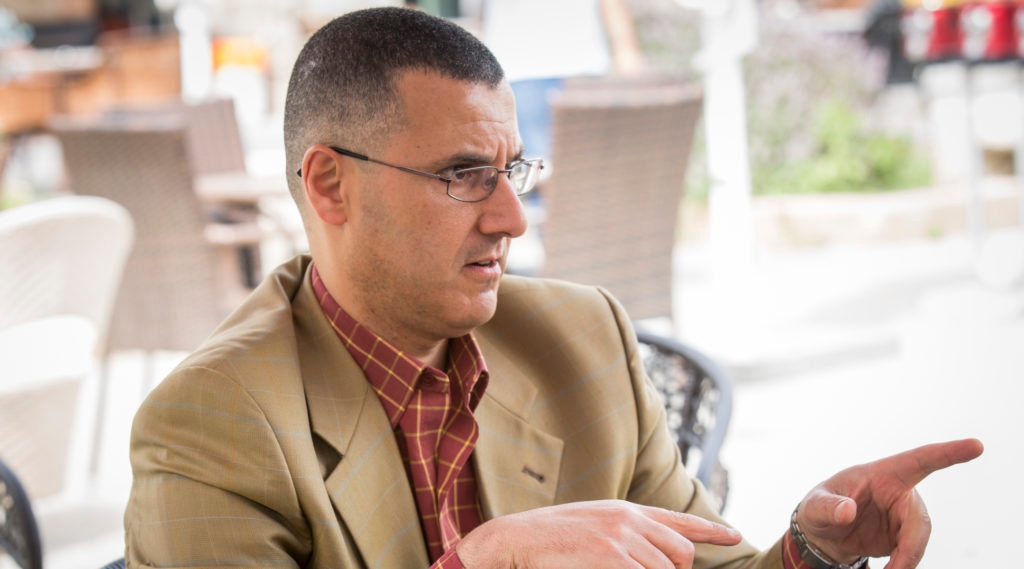 JERUSALEM (JTA) — The co-founder of the Boycott, Divestment and Sanctions movement against Israel, Omar Barghouti, was denied entry to the United States even before he left Israel.

Barghouti reportedly was traveling on a valid U.S. visa to Washington, D.C., to speak at a series of events hosted by the Arab American Institute when he was stopped by staff at Ben Gurion International Airport, near Tel Aviv. He was told that U.S. immigration officials had ordered the U.S. consul in Tel Aviv to deny him permission to enter the United States, National Public Radio reported.

The only explanation given was that it was an “immigration matter,” according to a statement from the institute.

After his speaking engagements in Washington, at Harvard and New York universities, and at a Philadelphia bookstore, he was planning to attend the wedding of his daughter, who lives in the United States.

The institute said that Barghouti’s difficulties traveling in the past were due to the Israeli government restricting his ability to exit and enter Israel by not renewing his travel document, not by any problems with the U.S. government.

Barghouti joined the first event, titled “A Candid Conversation about the Boycott, Divestment, and Sanctions (BDS) Movement,” with journalist and political scientist Peter Beinart via a video call that was live-streamed on social media.

During the panel, Barghouti called for taking Palestinian nonviolent resistance to the “global scene” amid the failure of the international community to uphold Palestinian rights, the Middle East Eye reported.

Barghouti rejects the concept of Israel as a Jewish state as well as a two-state solution, favoring instead one secular state for both Jews and Palestinians. The BDS movement was launched in 2005.

“Omar Barghouti is a leading Palestinian voice on human rights. Omar’s denial of entry into the U.S. is the latest example of the Trump Administration’s disregard for those rights,” Arab American Institute President James Zogby said in a statement. “It is clear this arbitrary political decision is motivated by this administration’s effort to silence Palestinian voices.”