Is Iran the new Iraq? Here are the similarities — and big differences 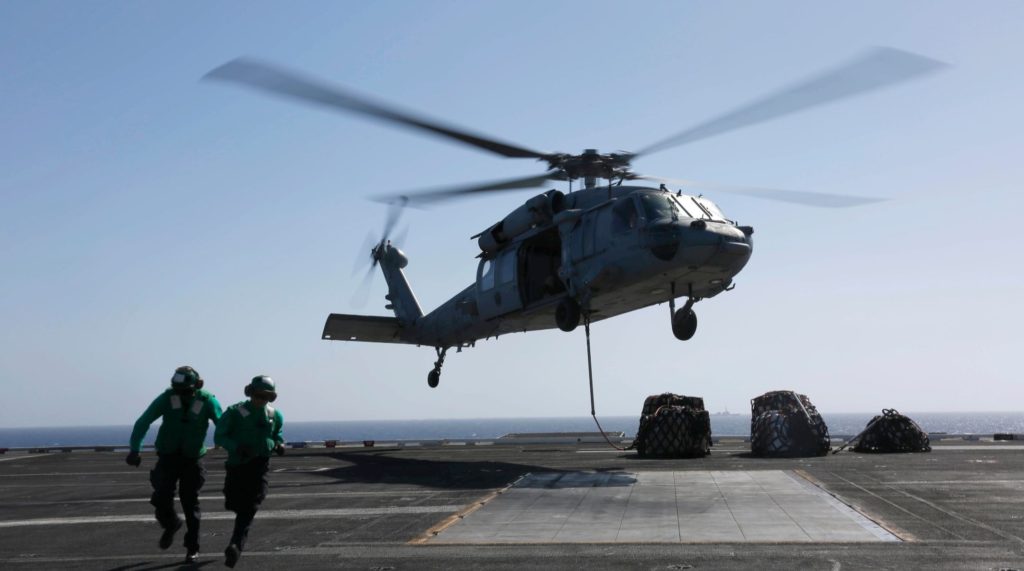 WASHINGTON (JTA) — An American administration is issuing dire warnings about a Persian Gulf nation, there’s talk of war and questions about the quality of intelligence. And those who back confronting Iran and those who don’t are citing Israel as a factor.

If the Iran war talk sounds familiar, it might be because there are elements that resemble the lead-up to the 2003 Iraq War, not least among them the Israel factor.

Iraq: The Bush administration touted intelligence that reported elements of what it said was a planned Iraqi nuclear weapons program and an existing chemical weapons program. Reports following the war showed that the evidence was at best speculative and evidence to the contrary at times was suppressed. (The same Iraqi official, Saddam Hussein’s son-in-law, who told foreign intelligence agencies that Iraq had a chemical weapons program, also said that it had been dismantled in 1995. But Bush administration officials, chief among them Secretary of State Colin Powell, did not mention the latter point.)

Iran: Iran possesses the infrastructure to produce nuclear weapons, but lacks sufficient fissile material and all the know-how, according to a Congressional Research Service Report from May 10. Iran insists its program is peaceful, but multiple Western intelligence agencies — most dramatically Israel following its theft a year ago of a massive Iranian archive — have asserted that Iran’s aim, at least before the 2015 nuclear deal, was the manufacture of a nuclear weapon. Under the nuclear agreement, Iran has committed for the next 10-15 years to enriching uranium only to levels adequate for medical research.

Iraq: Saddam Hussein after the 1991 Gulf War agreed to dismantle his weapons of mass destruction programs, and to allow U.N. inspectors to verify his compliance. Inspectors throughout the ’90s complained of obstructions Saddam placed in their way and of noncompliance with the letter of the agreement, for instance in not allowing them to visit certain designated sites. However, on the eve of the Iraq War, Hans Blix, a nuclear inspector who was one of Saddam’s most strident critics, reported that there was no evidence of the weapons of mass destruction claimed by that the Bush administration as a predicate for the war.

Iran: The U.N. nuclear inspection agency says that Iran is in compliance with the 2015 deal, which traded sanctions relief for a rollback in Iran’s nuclear program. (President Donald Trump pulled the U.S. out of the deal a year ago.) Critics of the deal say its inspections are not sufficiently intrusive; Iran can significantly obstruct inspections of a site not covered by the deal. Inspectors have yet to demand such an inspection.

Iraq: The Bush administration claimed Saddam had ties with al-Qaeda, the terrorist organization behind the 9/11 terrorist attacks in New York and Washington. There were no such ties, and the insistence of some officials that they existed had the adverse effect of raising the profile and popularity in Iraq of terrorists who had previously not enjoyed significant support.

Iran: Iran has long-established ties with insurgent groups throughout the region, most preeminently the Hezbollah terrorist militia in Lebanon, which Israel considers to be one of its most formidable enemies. Working under Iranian guidance, Hezbollah was critical in extracting what is effectively the victory of the Assad regime in suppressing the civil war launched by dissidents in 2011. The Trump administration also says that the Houthi uprising in Yemen would not have occurred without Iranian backing, and the U.S. supports the Saudi bid to crush it. Critics of Trump’s backing for the Saudi war in Yemen say that the uprising is indigenous and that Iranian backing is overstated, and that the United States is effectively supporting an initiative that has claimed mass civilian casualties.

Iraq: The Bush administration made public its claims, based on intelligence, that Iraq had weapons of mass destruction and was allied with terrorists who had targeted the United States. The claims helped recruit broad bipartisan backing for the war. Bush officials silenced or smeared dissidents within Western intelligence communities — including in the United States — who said the intelligence was faulty. The dissidents were vindicated after the war when it was found that the intelligence had been distorted or been based on questionable sources.

Iran: The Trump administration cites intelligence that its officials say suggests an imminent Iranian attack on U.S. forces in the region. Last week, it sent military reinforcements to the region, and this week it ordered the partial evacuation of the U.S. Embassy in Baghdad. Details of what exactly the Iranian are planning, and what evidence there is that they are planning anything, are scarce. This time around lawmakers from both parties, mindful of the consequences of the Iraq War (including the permanent blot on the reputations of men and women who had presidential ambitions), are demanding more detailed information.

“We have no briefings as to what the intelligence is that gives rise to evacuating our embassy in Iraq,” Sen. Robert Menendez, D-N.J., the ranking member on the Senate Foreign Relations Committee, told the Jewish Telegraphic Agency. “We have no intelligence briefings as to what the administration’s end game is and how they seek to achieve it. You cannot make national security and foreign policy decisions in the blind.”

Israel and the Netanyahu factor

Iraq: Subsequent to the Iraq War, a theory took hold that it was fought in part at the behest of Israel and its advocates, based in part on the endorsements of the war by from some Israeli figures, pro-Israel lawmakers in Congress and some pro-Israel groups. Netanyahu, the one-time prime minister who was not in government at the time, advocated for the removal of Saddam Hussein in congressional testimony in 2002. Perhaps the best-known purveyors of the theory that Israel was a critical factor in going to war were two respected foreign policy mavens, Stephen Walt and John Mearsheimer, who published their thesis in a 2007 book, “The Israel Lobby.”

In fact, Israeli government officials and pro-Israel figures who endorsed the war did so at the behest of the Bush administration, not the other way around. In his first term, President George W. Bush held fast to a “with us or against us” formula on all of his policies, but particularly on Iraq, and foreign leaders, lobbying groups, politicians and media seeking access were under pressure to sign on to the war. Vice President Dick Cheney solicited the support of Jewish organizational leaders and pro-Israel lawmakers with what turned out to be unfounded intelligence that Iraq had missiles pointed at Israel.

Pro-Israel figures behind the scenes fretted that the Bush administration’s engagement in Iraq was giving Iran a free hand — a fear that proved all too real when the postwar chaos enhanced Iran’s influence in the region. Prime Minister Sharon, it was revealed after the war, had urged Bush to limit the aims of any invasion.

Iran: Israel has been a prime driver since the 1990s of having the international community confront Iran over its nuclear ambitions. Netanyahu — the prime minister since 2009 — has intensified the pressure, with lobbying in international bodies and Congress. Tensions between the Obama administration and Netanyahu boiled over in 2015 when the Israeli leader accepted an invitation from Republicans to make his case against the nuclear deal in Congress. Netanyahu has praised Trump repeatedly for pulling out of the nuclear deal, and has counseled pressure on Iran to stand down from its nuclear program and adventurism in the region.

That has led critics of Trump administration Iran policy to cite Israel as a factor. Rep. Tulsi Gabbard, D-Hawaii, one of 23 candidates for the Democratic presidential nomination, posted a video on social media on Tuesday citing Netanyahu as a driving force in what she said was a march to war with Iran, lumping the Israeli prime minister in with al-Qaeda, “neocons and neolibs.”

Menendez, a pro-Israel stalwart, said that any decision as to whether to take military action against Iran must be based on what is best for the United States, not Israel.

“There’s no question in my mind if Iran is left without constraints at the end of the day could be an existential threat to the State of Israel,” he said. “But we make our decisions based upon what is the national security interests of the United States.”