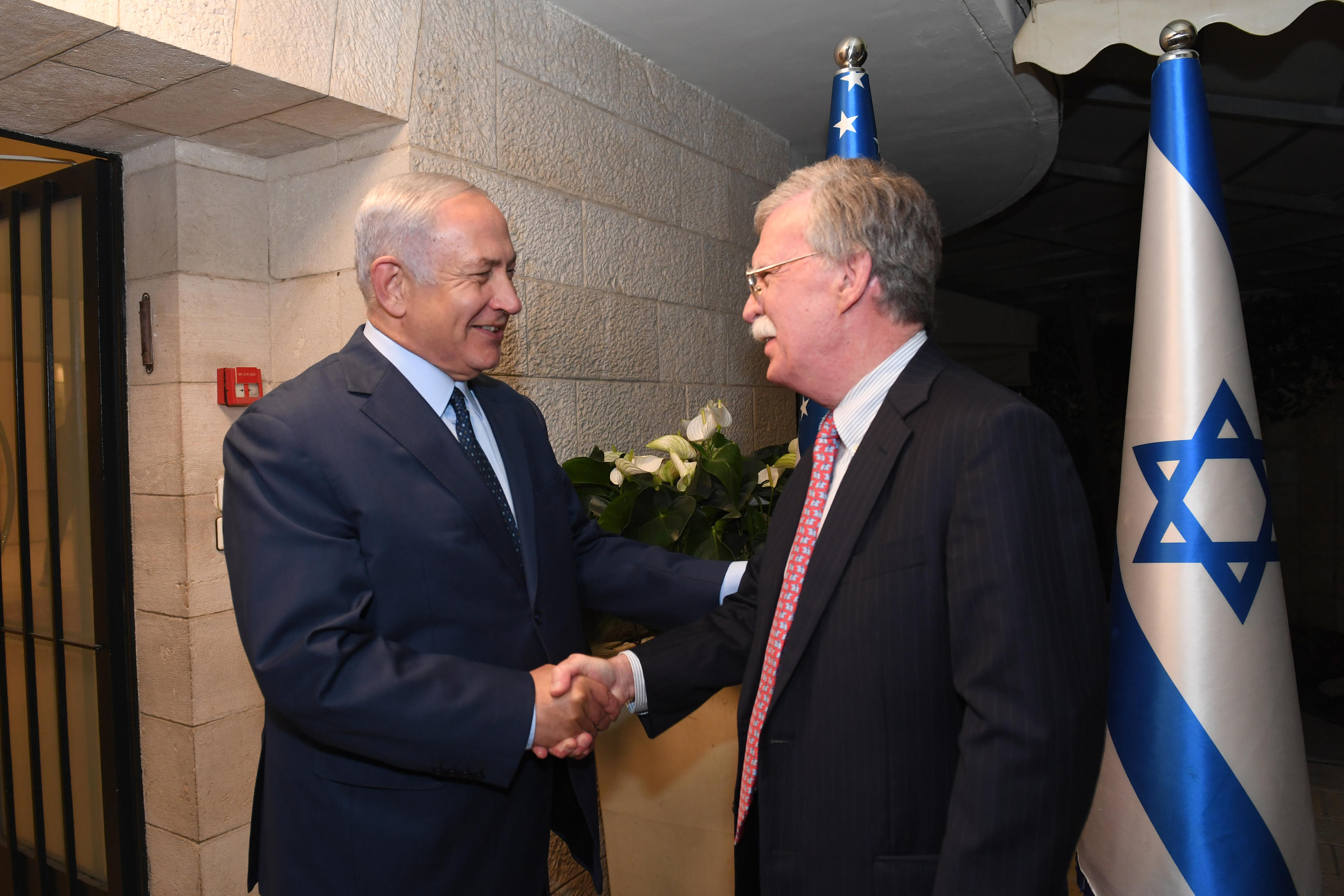 Bolton, a defense hawk and Iran hardliner, has been a long-time supporter of Israel and has visited the Jewish state many times over the years. This was his first trip in an official capacity since being named to his current position in March. He and U.S. Ambassador to Israel David Friedman met with Netanyahu and Israeli Ambassador to the U.S. Ron Dermer at the Prime Minister’s residence on Sunday.

Touting Bolton as a “tremendous friend of Israel [and the] American-Israel alliance,” Netanyahu praised the Trump administration for moving the U.S. Embassy to Jerusalem and “get[ting] out of the terrible Iran deal.”

“I look forward to discussing with you a whole array of topics, but the most important one is how to continue to roll back Iran’s aggression in the region and to make sure that they never have nuclear weapons,” Netanyahu said. “Many other things, but I think this is a good starting point.”

According to a statement put out by Netanyahu’s office, Bolton agreed, saying that “[i]t’s been an exciting year and a half in the Trump administration with some of the things you’ve mentioned. Obviously we’ve got great challenges, for Israel, for the United States and the whole world. The Iran nuclear weapons program, the ballistic missile programs are right at the top of the list. So I’m delighted to be here, and look forward to our discussions.”

Just arrived into Israel. I’m looking forward to meeting with PM Netanyahu and other officials beginning today to discuss bilateral concerns and a range of national security issues.

In an interview with ABC’s This Week prior to his visit, Bolton stated that Israel, the United States and Russia all had a common objective of making sure that Iranian forces get out of Syria.

“ Well I think the – certainly the objective of the United States, of Israel, President Putin said it was Russia’s objective is to get Iran – Iranian forces, Iranian militias, Iranian surrogates out of the offensive operations they’re in in both Syria and Iraq and frankly, to end Iran’s support for Hezbollah,” he said.

“I think the president’s decision to withdraw from the Iran nuclear deal has put a real crimp into the Iranian economy. I think they’re feeling it in their capability for the Quds Force or the Iranian Revolutionary Guards to conduct offensive operations in – in the region here and in Yemen as well,” he continued. “But I think this is part of the problem with the Iranian regime generally and why it’s such a threat to peace and security not just because of its nuclear program, but because of its military operations and its support for terrorism.”