In West Bank settlements, the housing market is booming

A housing development in the West Bank settlement of Efrat, a bedroom community outside Jerusalem. (Ben Sales/JTA)

OFRA, West Bank (JTA) — Growing up in a Jerusalem apartment, Aaron Lipkin used to marvel at the two-story houses that he would see on weekend drives with his parents.

It made little difference to him that those houses were in Israeli West Bank settlements. A religious Zionist, he sees no problem living in the territory that the international community views as occupied.

So when he and his wife went house hunting in Jerusalem 19 years go and couldn’t find anything in their price range, they ventured north to this settlement. Ever since they have lived there in the two-story house of Lipkin’s dreams.

In fewer than 20 years, in other words, the price of housing in the settlement has doubled.

“We’re not sorry for a second when we think about the price of the house, the ease of buying it,” Lipkin, the spokesman for Ofra and a tour guide, told JTA while sitting in an chair in the corner of his spacious living room. “Today we’re shaking from fear. We have five kids and we have no idea how our kids will buy their own house without becoming enslaved to a crazy mortgage.”

Since the Lipkins moved across Israel’s pre-1967 borders, or the Green Line, hundreds of thousands of Israelis have followed their lead. In 2000, there were fewer than 200,000 settlers living in the West Bank, excluding eastern Jerusalem, according to Btselem, a left-wing Israeli organization. Now the number is closer to 400,000. And home prices are rising accordingly.

Many of the settlers are ideological — committed to the principle of Jews living in what they call Judea and Samaria and Israel retaining control of the area. But others were drawn by the quality of life offered by settlements — larger houses, more green space and intimate communities.

The Israeli government has also facilitated that comfort, building access roads that avoid Palestinian areas and increasing the number of bus lines that go directly to the settlements. The changes mean that many settlers can live their lives, if they choose, largely avoiding contact with the Palestinian villages around them. Even relatively distant settlements like Ofra have the feel of a suburb.

But now the settlements are becoming more like Israel in yet another way: The country’s festering housing crisis, which has seen home prices balloon for a decade, is moving across the Green Line. The safer settlements feel, the more their home prices rise to meet the national average.

According to a November 2016 paper by the Shoresh Institute, a research group in Israel, housing construction in the settlements did not keep up with population growth. An October 2016 paper by Israel’s Center for Political Economics found that the number of average monthly salaries needed to buy a home in the settlements rose from 87 in 2003 to 152 in 2015. That’s only 10 paychecks less than the national average of 162.

“There’s no concern that this investment is risky because of the location of our community,” said Miri Maoz-Ovadia, a spokeswoman for the Binyamin Regional Council, a local authority that governs central West Bank settlements. “The concern is that the longer we wait, the prices will only go up. It’s slower, but it’s happening and we can see it.”

Like Lipkin, Maoz-Ovadia has a professional interest in talking up the settlement housing market. And for her, too, it’s also personal. A year and a half ago, she and her husband bought a fixer-upper house with a yard in Kochav Yaakov, another far-flung settlement an hour’s drive from Jerusalem, for 1.1 million shekels. Now the same houses are selling for 1.5 million.

“Families want to buy,” Maoz-Ovadia said. “They want a house with a yard and they see potential here to get it.” 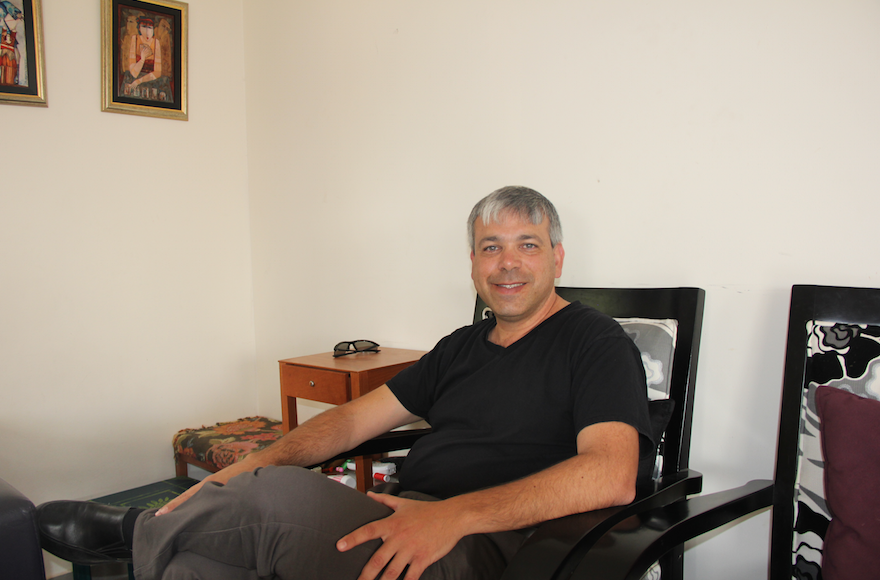 The housing market is also booming in Efrat, a settlement that acts as a bedroom community for nearby Jerusalem. Right-wing politicians like Naftali Bennett, the minister of education, have pushed annexation of so-called consensus settlements like Efrat — those that most Israelis assume will remain part of the country under any future scenario — for years.

Israel’s right-wing, pro-settlement government has also had an impact on the market. As he walked through an empty corner townhouse for sale in Efrat, real estate agent Yaniv Gabbay said as the prospect of a Palestinian state — and corresponding settlement evacuation — becomes more and more distant, Israelis feel increasingly comfortable investing in West Bank property. Another townhouse in this development sold for 2 million shekels, about $550,000, in 2016, before it was built. This five-bedroom unit on the corner was going for 2.6 million shekels as of May.

In an Instagram Q-and-A on Monday, Prime Minister Benjamin Netanyahu said “I can promise you that no settlements in the Land of Israel will be evacuated.”

“Planting that type of money into a property in Efrat, they’re not as nervous about what’s going to happen to their money,” Gabbay said. “They know there are a lot of people putting money into this area, in terms of where Efrat sits today in the political climate.”

Israel’s right wing is also increasing the country’s settlement building. According to Peace Now, a left-wing Israeli NGO that monitors settlement activity, the number of construction starts in the settlements was 17 percent above the annual average in 2017.

On Wednesday, Israel announced the advancement of construction plans for 1,000 more housing units in the West Bank.

“Even if God knows how many people want to buy in a certain area, all of a sudden you’ve built up two new mountains worth of property,” Gabbay said. “There’s supply that’s started to catch up with the demand, but the demand hasn’t waned.”

Meanwhile, Palestinians living in Area C, the area of the West Bank fully administered by Israel, have long protested that they can’t build any houses or infrastructure.

“Area C has been allocated for the benefit of Israeli settlements or the Israeli military, at the expense of Palestinian communities,” according to the United Nations Office for the Coordination of Humanitarian Affairs. “This impedes the development of adequate housing, infrastructure and livelihoods in Palestinian communities, and has significant consequences for the entire West Bank population.”

Hagit Ofran, who heads Peace Now’s Settlement Watch project, said the main problem facing any potential settlement evacuation is the sheer number of residents who live in isolated settlements. She is less worried abut Israelis who move to the West Bank for quality-of-life reasons than the tens of thousands of ideological settlers who are committed to living deep in the West Bank.

“The challenge Israelis will have in a peace agreement is evacuating thousands of families and it will cost money, and take time, and pain the heart, even if people agree to fight the settlers in this,” Ofran said. “Most of the settlers will respect the Knesset’s decision.”

A few settlers in the northern West Bank said quality of life was the driving factor in bringing them to the territory. When Miriam Shatsky and her husband were looking to buy a home recently, a mortgage agent laughed at them after they revealed their salaries and said they wanted to live in the central Israeli city of Modiin. A few months ago they were able to buy a five-bedroom apartment for slightly more than $300,000 in Karnei Shomron, a settlement with a large English-speaking, or Anglo, population.

“Real estate in the territories was really risky and we didn’t know we wanted to settle here,” Shatsky said. “As we got better jobs, the target kept moving farther and farther away. Actually, Modiin sounded very interesting to me, but it was knocked off the table because it wasn’t affordable. A lot of Anglo communities are in places that aren’t affordable. That definitely [was] a significant factor in ending up here.”

Lipkin said that after living in the settlements for a while, the differences between quality-of-life concerns and ideology blur. With right-wing politicians frequently calling for some form of settlement annexation, Israel is doing more to absorb the settlements than to leave them. And in the meantime, more Israelis keep moving in.

“You have people who come for quality of life, and after 18 years they’ll tell you ‘it’s the Land of Israel and we need to settle it,’” Lipkin said. “I don’t have a drop of worry about evacuation. I see that Judea and Samaria is part of the State of Israel.”