In Israel, missile alert apps save lives — and spread anxiety 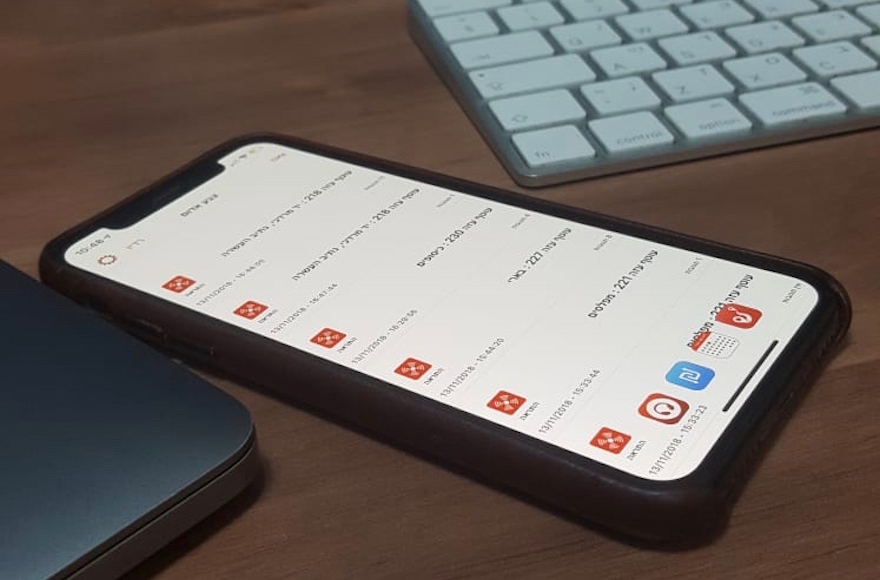 Israeli apps alert users whenever a missile is headed into the country. (Sam Sokol)

JERUSALEM (JTA) — Four years ago, on the eve of the Israeli military’s Gaza operation known as Protective Edge, a private developer created the Red Alert app providing real-time notification when missiles or rockets were fired into Israel.

Since then, Red Alert and smartphone apps like it have become tools for saving lives, social media sites in their own right — and a portable source of anxiety for Israelis already living in a state of high alert.

Earlier this week, as Hamas and other terrorist groups again fired hundreds of rockets at cities and towns in Israel’s south, alert apps were again pinging and buzzing their way into the Israeli psyche. When a reporter asked on Facebook if they made users anxious, Israelis were quick to agree.

“I had to turn it off,” Izzy Berkson said. “It was stressing me out a lot more than it should’ve.”

Aviva Adler said she had turned off notifications because “it was just too nerve-wracking.”

Inside the areas most likely to be targeted, the apps have become essential. But even those living at a distance from Gaza say they want to know when the missiles are incoming, often as a way of showing solidarity with their fellow Israelis.

“I use it, so that each time there is a siren anywhere, I pray for the people there to have strength and be safe,” said Chana Shields Rosenfelder of Beit Shemesh, a central Israeli city located between Jerusalem and Tel Aviv.

“I put on an app so that I am aware of the suffering of our brothers and sisters in the south, and so my life is not ‘business as usual,’” she said.

That impulse is felt even thousands of miles away.

Shmuel Katz, an American immigrant living in Beit Shemesh, recalled how his son, who had moved back to the United States, had gotten in trouble at work because his phone wouldn’t stop buzzing. The son had to explain to a stunned supervisor that dozens of rockets were being launched at Israeli citizens, and that he had installed Red Alert in order to “keep up and make sure that his family here was safe.” 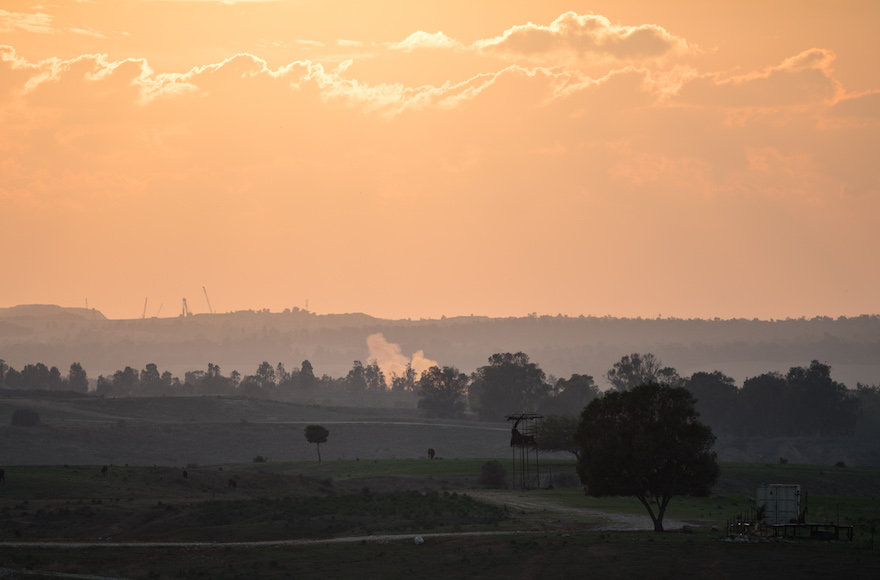 Smoke rises from a fallen rocket fired from Gaza in a field in southern Israel near the border, Nov. 13, 2018. (Hadas Parush/Flash90)

Paul Frosh, a professor of communications at Hebrew University, says the apps are in a tradition of more humble technologies, including church bells and sirens, that have been used not only to signal specific events but to “connect people to each other across space and time.” Like the Muslim call to prayer or the Shabbat siren that sounds in Jerusalem, he said they enable people to “feel part of the community at the same time.”

However, unlike those previous methods, users of the modern-day alert apps opt in and are “deliberately making themselves the subject of an emergency broadcast,” Frosh said. “That’s a very powerful opt-in medium of social solidarity and cohesion.”

Asked if he believes that the use of such apps contributes to the spread of anxiety among the population, Frosh replied that it very well might do so. But what he finds even more interesting is why people would choose to subject themselves to that.

“It’s almost as if people are saying ‘I should be anxious, I live in a community with these people, even if they are strangers,’ and it’s almost as if I have a moral [imperative] to experience their anxiety,” he said. “They may not benefit from their anxiety, but my being part of this emergency system is a sign of solidarity and makes me feel closer to them.”

For other users, the apps fill a more practical need, even if the government and military don’t always approve.

During the Israel-Hamas conflict in 2014, Daniel Tal-Or, who lives in Efrat, near Jerusalem, was having issues with Israel’s official air raid notification system.

“My wife is hearing impaired, and we had problems with the sirens not reaching everyone” in our town, he recalled. “In situations like this, it’s very important that you have a backup.” 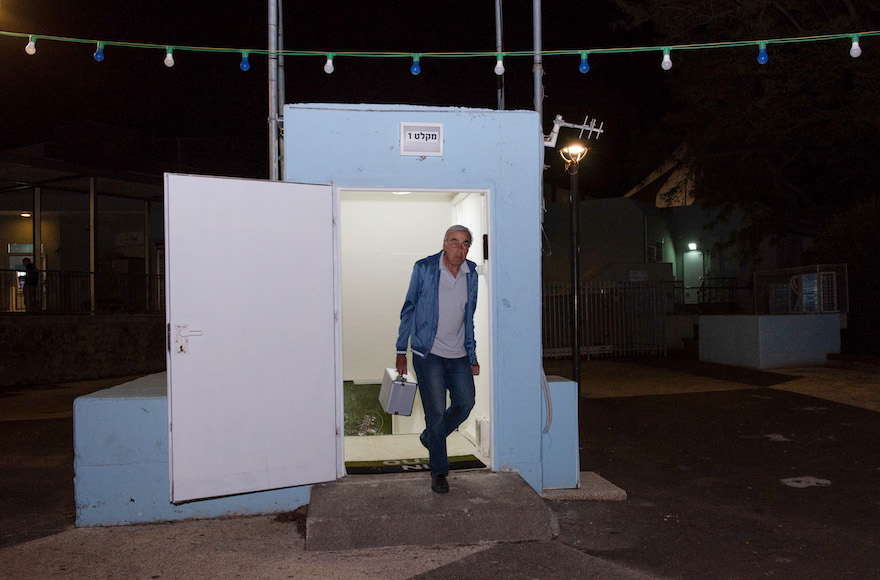 A man seen at the entrance to a bomb shelter that was open in the Golan Heights, in northern Israel, May 8, 2018. (Basel Awidat/Flash90)

With missiles from Gaza again raining down on Israel, Tal-Or created his own take on Red Alert. Sitting in front of his computer, he cobbled together a bot that would warn members of his family’s chat channel on the communications app Discord when a rocket threatened their location.

Tal-Or explained that he used data from the IDF Homefront Command’s website in programming his bot.

“It’s tolerated but not officially endorsed,” he said. “I suspect most of the apps are using this.”

According to Jameel, the pseudonymous author of the popular Muqata blog, who also included rocket alert capabilities in his app, “not only is the Homefront Command not helpful, but the apps go against what [it] wants. They do NOT want precision reports because Hamas uses it to align and improve their rockets against us.”

This, however, has not stopped programmers from developing these apps or users from installing them.

Yedidya Kennard, who developed one of the first such apps on Android during Operation Protective Edge, said even those who are not under fire want to “keep in touch and feel connected.”