In Hungary and Poland, Jews accuse their own communal leaders of playing the anti-Semitism card to avoid scrutiny 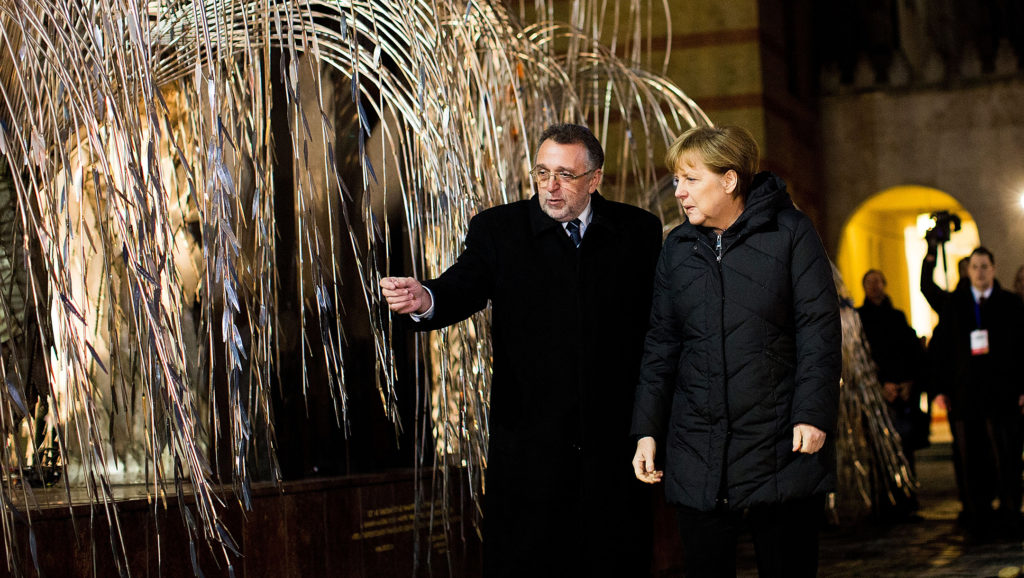 (JTA) — In November, a magazine in Hungary reported on alleged mismanagement of taxpayers’ money by that country’s largest Jewish federation.

The article by the right-wing Figyelo magazine about the Mazsihisz Jewish group triggered an outcry locally and internationally. But it wasn’t over the problems the article sought to expose.

Those were eclipsed by passionate reactions over the image that appeared on the magazine’s cover. It featured a photomontage of Mazsihisz President Andras Heisler surrounded by bank notes. The Jewish organization said it was a “character assassination” that “revives centuries-old stereotypes” about Jews and money.

Figyelo’s editors rejected the claim but incensed condemnations kept flowing in: from the World Jewish Congress, the European Jewish Congress (Heisler serves as vice president in both), the American Jewish Committee and even the State of Israel.

Last month, though, Figyelo was vindicated in the eyes of at least some Hungarian Jews because thieves stole $437,000 in government money from Mazsihisz. The culprits were suspiciously versed in Mazsihisz’s inner procedures.

To some, the case was an example of how certain Jewish groups in Eastern Europe avoid or discredit scrutiny of their muddy financial affairs by casting it as anti-Semitic.

“The Figyelo photo montage wasn’t nice, but it wasn’t anti-Semitic,” Ferenc Olti, a former board member of Mazsihisz, told the Jewish Telegraphic Agency. “Sometimes it’s beneficial for Mazsihisz to point outside, to say ‘we’re attacked and this attack in anti-Semitic’ although this is absolutely not the case most of the time.”

In nearby Poland, journalist Nissan Tzur has a similar impression about that country’s Jewish community.

“Complaining about anti-Semitism is standard practice for Jewish community institutions whenever there’s any serious attempt by media to look into how restitution property is handled,” said Tzur, who is Jewish.

A debate about anti-Semitism and Jewish groups’ finances played out recently as well in Poland, whose Jewish community of 15,000 is Central Europe’s second largest after Hungary’s 100,000 Jews.

In 2013, Tzur, a dual citizen of Israel and Poland, and a colleague, Wojciech Surmacz, published three articles in Forbes Poland that described how Jewish community institutions allegedly sold restituted property below market value in contradiction with Jewish customs and for personal gain.

Leaders of the Polish Jewish community and Ronald Lauder, president of the World Jewish Congress, protested to Forbes Poland’s German publisher, Axel Springer. Piotr Kadlcik, then the president of the Union of Jewish Communities of Poland, drew parallels between the articles and the liquidation of the Warsaw Ghetto by the Nazis because both “attacks” were timed to coincide with Jewish holidays to weaken resistance.

Lauder then published on the WJC website a statement that accused the journalists of using “ugly anti-Semitic stereotypes” such as that of “greedy Jews enriching themselves at the expense of the wider community.”

Tzur, who reports from Europe for several mainstream Israeli papers including Maariv and Makor Rishon, says no such tropes were used.

“It’s simply ridiculous to accuse me, the grandson of Holocaust survivors, of such things,” Tzur said in an interview.

Still, Axel Springer eventually published a correction retracting the bulk of the accusations made by Tzur and Surmacz and an apology to Jewish leaders. The Polish magazine insisted on the veracity of its reporting, clashing publicly with its German publisher.

The Jewish community leaders who protested the article “formulated just one accusation, but it was the most serious one: of anti-Semitism,” Haim Dov Beliak, the rabbi of the Beit Polska umbrella group of Progressive Jewish communities in Poland, wrote at the time. He insists the information published was true and that the charges of anti-Semitism were merely for “telling the truth.”

Tzur also said the information he published was accurate. But even if it weren’t, he said, “It wasn’t remotely anti-Semitic. The affair shows that the use of the anti-Semitism card to deflect matter-of-fact accusations of financial mismanagement or abuse is still effective in Eastern Europe.” But, he added, “It won’t be for long because using it erodes its credibility. It’s like crying wolf.”

Both Poland and Hungary have their fair share of anti-Semitic hate speech in the media – including by some of those countries’ top politicians.

In 2015, the Anti-Defamation League urged the Polish government to reconsider its nomination of Defense Minister Antoni Macierewicz, citing his statement in 2002 in which he said that the anti-Semitic forgery “The Protocols of the Elders of Zion” contains some truth. Macierewiez also wrote in a newspaper in 1996 that contrary to ample evidence, Poles did not kill Jews at the 1946 Kielce massacre.

Last year, Hungarian Prime Minister Viktor Orban used language that seemed like it was lifted straight from 1930s Nazi literature when he said during a speech: “We are fighting an enemy that is different from us. Not open, but hiding; not straightforward but crafty; not honest but base; not national but international; does not believe in working but speculates with money; does not have its own homeland but feels it owns the whole world.”

Orban’s statement was universally accepted as anti-Semitic dog whistling. But Jewish leaders there were more divided when it came to accusations that the Orban government’s campaign last year against the liberal Jewish billionaire George Soros was anti-Semitic.

Mazsihisz claimed that the campaign, which featured posters of Soros with the words “don’t let him have the last laugh,” risks “encouraging anti-Semitic sentiment” because Soros is Jewish and the “laughing Jew” was a favorite trope of Hitler’s.

In a country whose government is allegedly perpetuating racist stereotypes about Jews, the controversial Figyelo cover photo and the anti-Soros campaign photos “cannot be separated from those stereotypes, even when the images themselves are not directly anti-Semitic,” said Marom’s Schoenberger, whose left-leaning association in Budapest is not part of Mazsihisz.

But both Feldmajer, the former Mazsihisz president, and EMIH, Hungary’s Chabad-affiliated Jewish organization, said that calling the Soros posters anti-Semitic was going too far.

“I think it was wrong of Mazshisz to characterize both the Figyelo article and the Soros campaign as anti-Semitic,” said Olti, the former Mazsihisz board member. “This claim shouldn’t be used to block scrutiny or to advance political agendas, as was the case in the Figyelo article and the Soros campaign,” respectively. “The Jewish community should respond to calls for transparency rather than fight them and refrain from taking positions more suitable for political opposition groups.”

In February, a left-leaning weekly, Magyar Narancs, ran an expose about EMIH’s receipt of state subsidies. It was a front-cover item and featured an image of the rabbi blowing a shofar with the title “Slomo Koves’ billions of state funding,” although the money’s recipient was EMIH, not Koves.

But Koves said he does not regard his depiction as anti-Semitic.