In Cuba, Jewish foods — from kosher meat to bagels with holes — are hard to come by

HAVANA (JTA) — The remaining Jewish community in Cuba has much to contend with — a lack of resources and rabbis, a population that’s both aging and dwindling, and ongoing uncertainty about how much aid and assistance they can expect from their co-religionists in the United States.

Adding to that long list: It’s not easy to find traditional Jewish foods.

There are a variety of reasons why, especially for observant Jews who keep kosher. One of the biggest staples in the Cuban diet is pork — a category of meat that is never kosher.

Unlike other Latin American countries, Cuba suffers under a decades-long embargo imposed by the United States that blocks the import of certain foods (and an array of other things).

But seasonal holiday food is a challenge to procure, too. Potatoes are not in season in the winter, necessitating that latkes on Hanukkah be made with malanga — the root vegetable also known as taro. On Purim, hamantaschen are made with a guava filling rather than the typical poppy seed, chocolate or other kind of fruit. 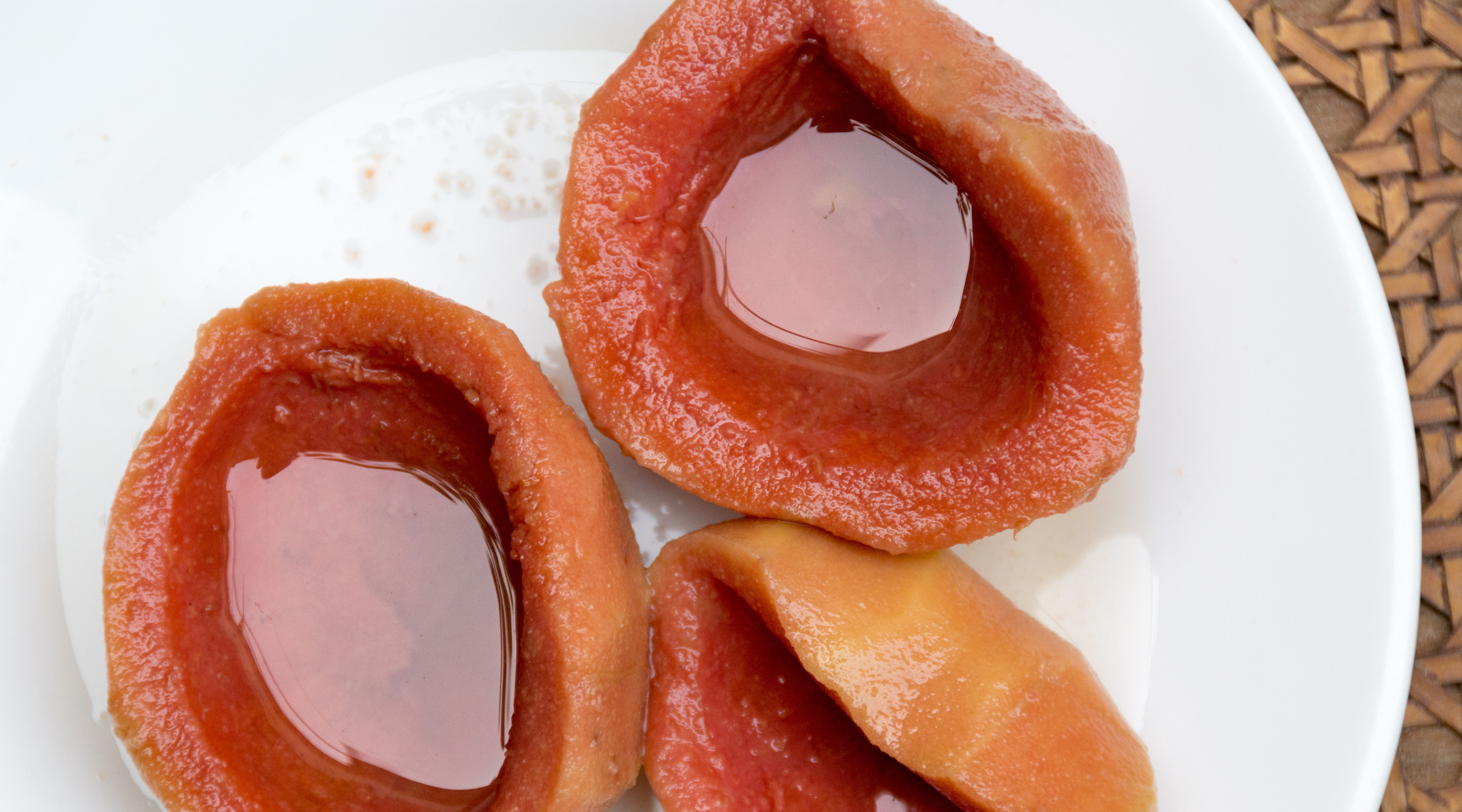 Guava is a popular fruit in Cuba and is used in hamantaschen there for Purim. (Roberto Machado Noa/LightRocket via Getty Images)

Less surprising, true bagels — rare even in some places in the U.S. — are nowhere to be found, either. While Cubans are wonderful at making bread, “they can’t make a hole in the center,” said Adela Dworin, the lay leader of this Cuban capital’s main Jewish community.

Dworin recalled a recent visit to the United States in which she was looking forward to eating normal bagels, complete with lox and Philadelphia brand cream cheese. But, she said, “they thought I’d be missing my country” — so her hosts served her black beans and rice.

Speaking of bread, challah for Shabbat dinner can be scarce at times, too — one such meal visited by this reporter at a Havana synagogue was lacking in the traditional bread due to a shortage of the right type of yeast. Matzah was served in its place.

“It’s very difficult in Cuba to be shomer Shabbat, or to keep kosher,” Dworin said.

The main figure who keeps the kosher lifestyle alive is Jacob Berezniak, a butcher who is also the leader of Adath Israel, Old Havana’s Orthodox synagogue. Berezniak, a burly and bearded middle-aged man, travels 45 miles to a slaughterhouse, where he performs the ritual slaughter of more than 60 cows at a time and brings back the front of the animal, which is the kosher portion. 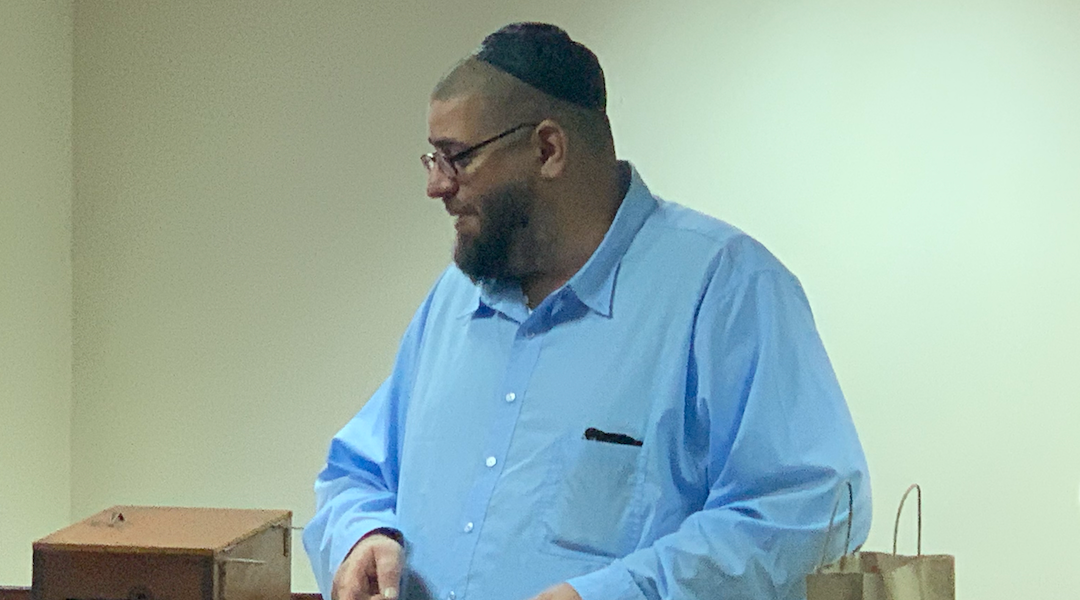 Besides Berezniak’s synagogue, and Havana’s larger one known as the Patronato, there is one other place in the city to get Jewish food — Hotel Raquel, a kitschy, Jewish-themed hotel that opened in the city’s old Jewish neighborhood in 2003. In addition to the rooms named after biblical matriarchs and the Star of David chandeliers in the lobby, the hotel’s restaurant is called Jardin del Eden, or Garden of Eden, and serves dishes like borscht and Israeli salads. Its lobby bar is called Lejaim, or L’chaim.

Beyond food, Jewish communities in Cuba are struggling with demographic issues. Berezniak said he would have added mohel to his list of duties, although there are presently no children in the primarily elderly community. It’s a community with 127 families and fewer than 300 members, to whom he serves free Shabbat meals.

While the Patronato has a sizable religious school and non-Orthodox synagogue, several of the island’s other communities skew notably older, including the small groups that gather in the central city of Santa Clara and in Cienfuegos, on the southern coast. There’s a lack of rabbis, and some don’t have permanent synagogue buildings. 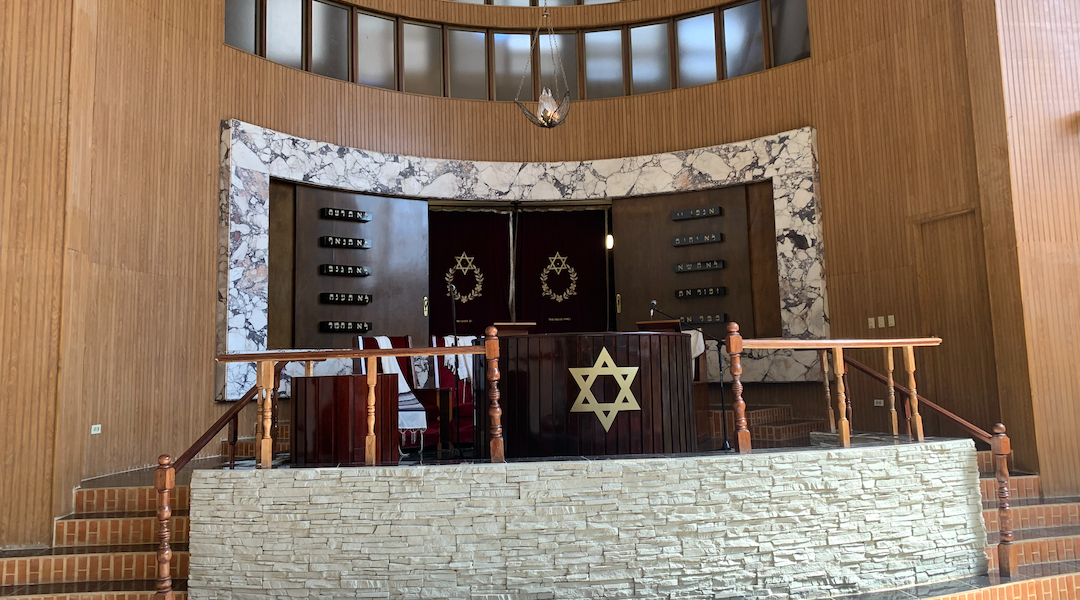 The communities also are worried about the effects of the Trump administration’s reversal of the thaw in U.S.-Cuba relations that was launched during the Obama years.

The history of Jews in Cuba is complicated. In the early 20th century, many Sephardic Jews came from Turkey and other parts of the Ottoman Empire during and after World War I, then an influx of European Jews arrived after fleeing the Nazis. By mid-century, it’s estimated that there were about 15,000 Jews in Cuba — but the vast majority fled following the rise of Fidel Castro in 1959.

Today, the overall Jewish community on the island numbers about a thousand, Dworin said, and there are now many more Cuban Jews in Miami. 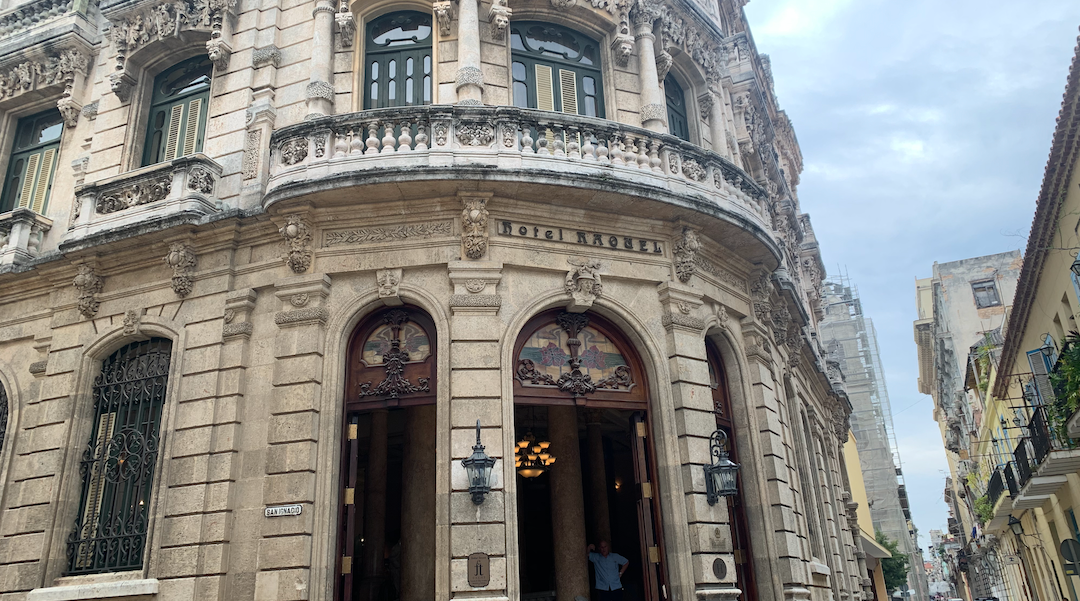 A view outside the Hotel Raquel in Havana. (Stephen Silver)

For as long as travel is allowed, it has fallen to American visitors to Cuba to present the Jewish community with gifts, supplies and medicine. And when it comes to donating to those communities, such items tend to take precedent over culinary ones, like bagels, yeast and potatoes.

But the community also craves something else.

“Not only is your money important, but we need your kindness, your love,” Dworin said. “Jews always lead with hope, so we’re hopeful.”