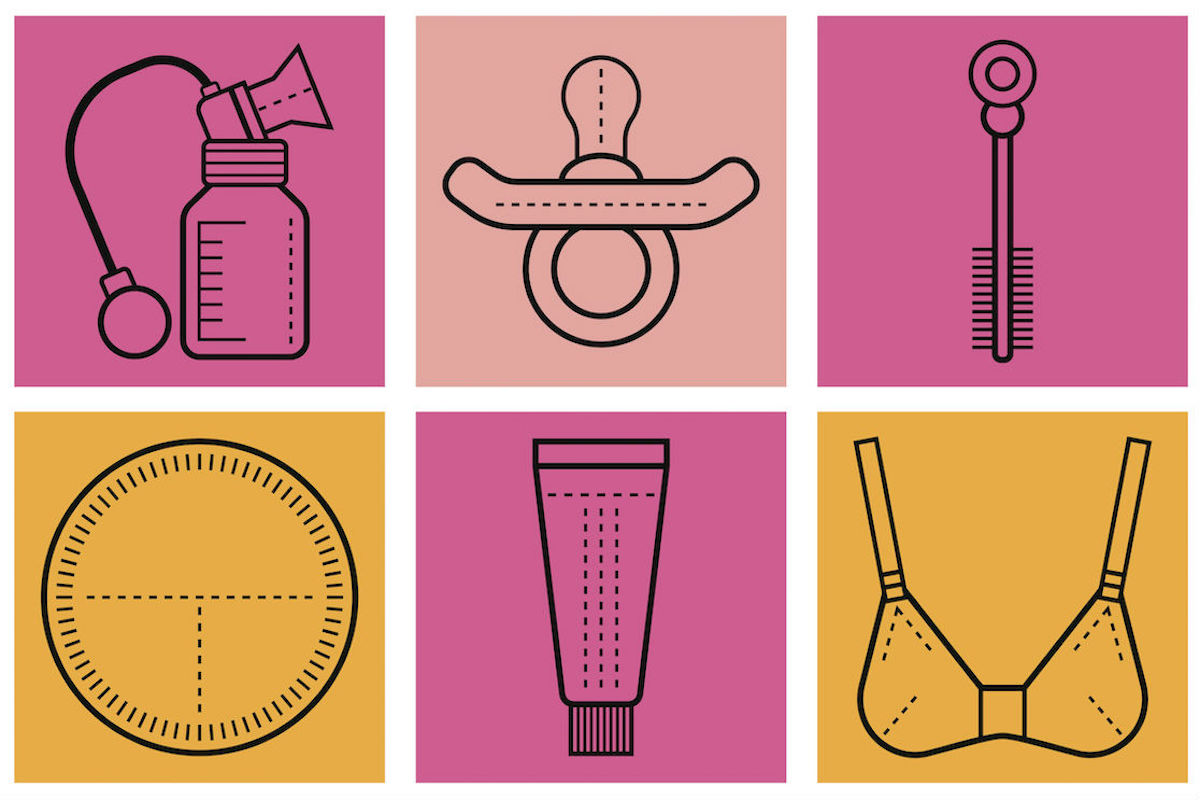 I’m only 11 months into this motherhood thing and not everything has gone as planned. For starters, I lost my job while seven months pregnant. I was induced when my 41-weeker just wouldn’t budge, and then I had an emergency C-section when said 41-weeker’s heart rate decelerated with every contraction.

So I pretty much learned right off the bat that moms can’t control everything — that’s been difficult to accept for this Type-A neurotic Jewish mother. But one of the few things I did have control over? Whether or not I breastfeed my son, which I am proudly still doing 11 months in.

Before I even contemplated actually having kids, I knew that I’d breastfeed them. I wanted to do it for all the typical reasons: breast milk has health benefits for mom and baby; it’s a bonding experience unlike any other; and it helps some moms lose the baby weight (though I’ve still got about 5 pounds to go).

But, alas, my breastfeeding journey didn’t begin smoothly, either. My baby wouldn’t latch properly despite a lactation class at the hospital (and years worth of TV watching that made it look easy). I wasn’t producing enough milk (I’m no doctor but I still blame that on my C-section). And I had to supplement with formula for the first two weeks. I cried the first few times I watched my hungry newborn guzzle down Similac — and also cried during one feeding in which it literally took him one hour to latch because I refused to “cave” by giving him a bottle.

Postpartum hormones, sure, but it was deeper than that. I set a goal for myself to breastfeed my baby, and I wasn’t going to let myself down so early on into being a mom.

So yeah, those first few weeks were rough. But it became easier as my supply built up, I got more confident and monthly appointments with the pediatrician confirmed my son was gaining the perfect amount of weight. I was finally doing something right, right? My baby was thriving, and surviving on nothing but the sustenance my body and hard work produced for him. I couldn’t deliver my son naturally, but I was following through with at least one of the parenthood promises I had made to myself — and it felt great.

Once we really got into the swing of things, I promised myself I’d keep going until my son’s first birthday. I continued breastfeeding for all the reasons they say you’re supposed to — despite its challenges as babies get older and start eating solid foods. Plus, pumping at work is isolating. Not to mention that cleaning pump parts every damn day is time consuming, plus giving yourself anxiety because you’re producing only one-third of the milk you used to is emotionally draining, and excusing yourself from meals with family and friends to nurse in the car is awkward.

Despite some confusion (mixed with admiration) from family, friends and co-workers when they realize I’m still nursing an almost-toddler who has 2 1/2 teeth, the kiddo and I are still going strong. But let’s get real for a second: At this point, it’s not even about my baby. Yes, I want him to have those antibodies for as long as possible, especially since he’s picked up like five colds since starting day care. But, really, I’m doing it for me — to prove to myself that I can reach my first mom goal (a literal mom goal, not like Instagram #momgoals), so I can pat myself on the back and boast that I breastfed for ONE WHOLE YEAR.

I know it sounds ridiculous when I say that aloud. When I did say that to my son’s pediatrician, she brought me back to reality, telling me at his 10-month checkup that in the grand scheme of life, it doesn’t matter how long I breastfeed. She told me to stop worrying about things that are out of my control, such as a dip in supply, and that if we have to supplement with whole milk a little early (which we are doing, by the way), he’ll be just fine, just like he was on formula when he was 2 weeks old.

Many moms don’t make it to one year of breastfeeding, she said. I should be proud. And even though I died a little inside as I defrosted that final bag of frozen milk, knowing the stash I worked tirelessly for months to build up was finished forever, I am proud.

As I get ready to begin year 2 of motherhood, I’ve made a few new parenting promises: to realize that most aspects of parenting are out of my control, like that time my son had to be picked up early from day care for an ear infection just as I started a new job. To understand that as he gets older, I’ll have less and less say in pretty much everything he does, so I just need to roll with the punches. And perhaps, most of all, my goal is to stop being so hard on myself. I’m near the finish line of my 12-month marathon and jeez, what a journey it’s been. But I’m ready and excited to be done with nursing and this baby stage and see what comes next. I’m ready to have my C-section-scarred body be mine again, too — but hey, that’s just a bonus.

(Haley Longman is an entertainment writer and editor who has spent the bulk of her career covering celebrities and reality TV. Her work has been featured on MTV.com, POPSUGAR, Wetpaint and Teen.com, among others. Professional highlights include appearing on an episode of MTV’s “Teen Mom” and that one time Justin Bieber tweeted out her story about him.)