I left Israel because of terror attacks. After Pittsburgh and Poway, I don’t feel safe in the US anymore.

PITTSBURGH (JTA) — The April 27 shooting at the Chabad of Poway, which left one woman dead and three people injured, was a devastating tragedy for the American Jewish community.

As an Israeli expat who has made a home in Pittsburgh, it made me feel more vulnerable than I have ever felt before.

It’s been 12 years since my husband, 2 1/2-year-old son and I moved to this Pennsylvania city from our kibbutz in the north of Israel. We came to America with just three suitcases, no jobs, no apartment and no ties to the community. But America seemed to be an escape from the violence and threats, and Pittsburgh was a chance for my husband to start fresh professionally, away from our privatized kibbutz where he worked a series of menial low-paying jobs.

We soon found ourselves warmly welcomed by our Chabad of Pittsburgh. I jumped at the opportunity to enter a new phase of life and rediscover my American Jewish identity. For awhile, these activities kept my longings for Israel at bay, and I successfully straddled the American and Israeli worlds.

But the shooting last fall in Pittsburgh shook me to my core.

On Oct. 27, a hate-filled gunman walked into the Tree of Life synagogue and killed 11 innocent worshippers, the deadliest anti-Semitic attack in America’s history. At that moment I started to question whether or not America was safe for the Jews after all. I felt sick to my stomach knowing this event had happened in our backyard.

Right after receiving news of the shooting, I walked as fast as I could to our local Chabad, just a few streets away from where the shooting took place.

A newish congregant opened the door, his face full of concern. How vulnerable and unprotected we as a band of faithful prayer-goers had become.

In Israel, no matter where I went and no matter how serious the news became, I always knew the government had my security in mind and an army of mostly Jewish soldiers had my back. In America, I longed to feel those feelings when a country suddenly bands together to rise and thrive.

Noya Dahan, an 8-year-old girl, and her uncle Almog Peretz were both injured in the Poway shooting. The family had moved from Sderot to escape the rockets that constantly terrorize southern Israelis, some of which had damaged their own home.

“This is sad, but I am originally from Sderot, so we know a bit about running from the Kassam rockets,” Peretz told Israel’s Channel 12 in an interview from his hospital bed.

Immediately I saw myself in their story and words. As American Israelis, we are the silent, the vulnerable ones who have given up statehood and our Jewish army. Our collective trauma, ironically, now binds us together.

So long as I’m living outside of the Jewish state, I have to accept there will be no real Jewish army. So long as I continue raising my family in Pittsburgh, my longings for Israel and the protection of its statehood won’t ever go away. 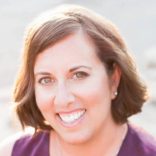 is the award-winning author of Accidental Soldier: A Memoir of Service and Sacrifice in the Israel Defense Forces and the forthcoming Sand and Steel: A Memoir of Longing and Finding Home. (Mascot Books, 2020)
The views and opinions expressed in this article are those of the author and do not necessarily reflect the views of JTA or its parent company, 70 Faces Media.