(JTA) — A Hungarian music festival barred a Spanish hip-hop band from future performances after they published a video of its members defacing an Israeli flag on Monday.

The three members of Tribade posted a video of themselves to Twitter, in which they are seen writing “free Palestine” and “Israel does not exist” on an Israeli flag, along with a sketch of a penis and the words “eat this.”

They had performed at the Sziget Music Festival, one of Europe’s largest of its kind that ended Monday after five days of performances from some of the world’s top pop, rock and electronic artists.

Several Jewish groups, including the European Union of Jewish Students, condemned the display. The festival organizers published a statement on their Instagram stories channel reading: “The actions of the group Tribade are against our cherished values of welcome and respect and we deeply condemn this hateful stunt. They will, of course, not be invited back to our festivals in the future.” 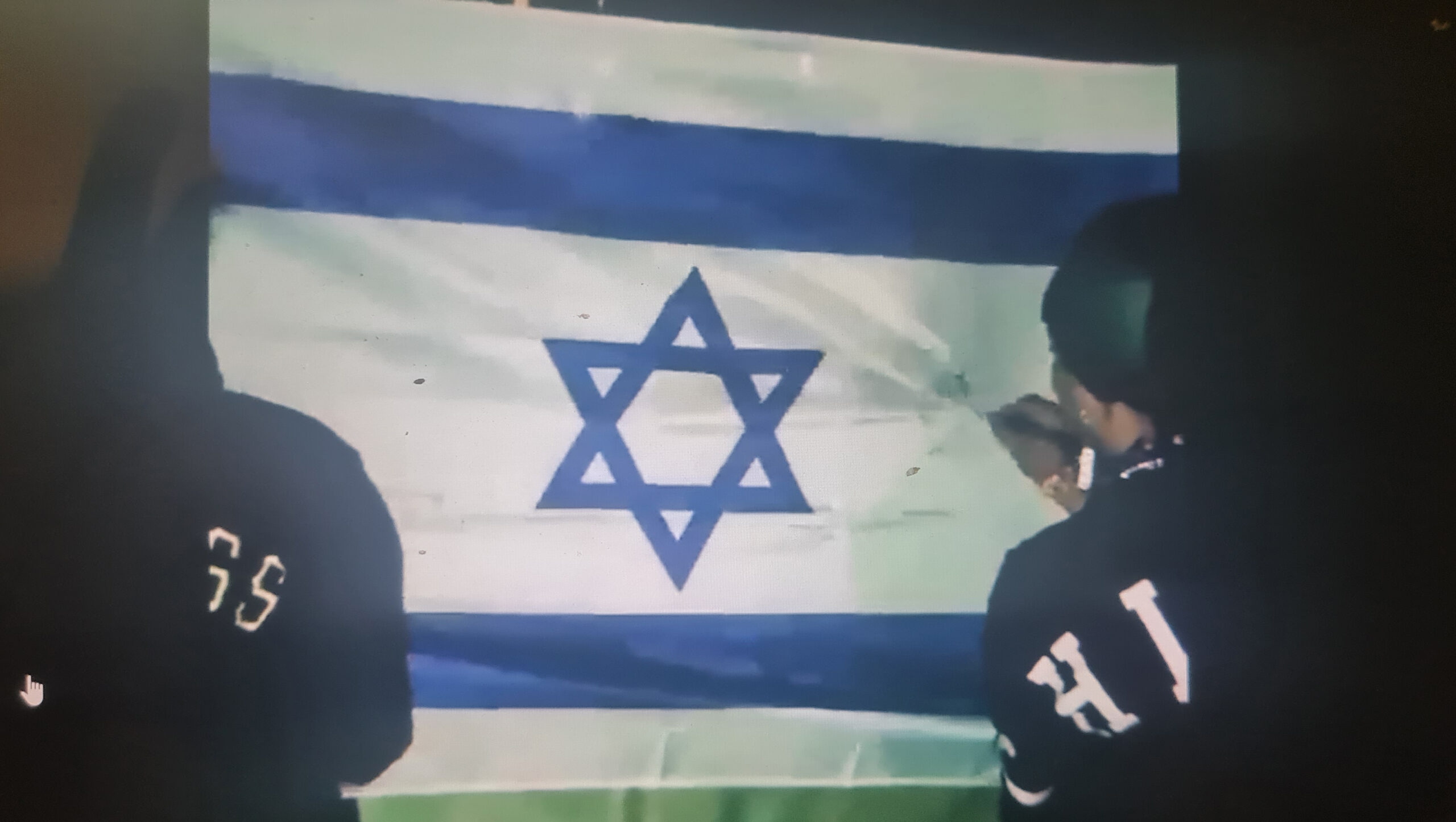 Members of the Tribade hip-hop group deface an Israeli flag in a video published Aug. 15, 2022, during the Sziget Music Festival in Hungary. (Tribade/Twitter)

Barcelona, where the band is based, is a hub of anti-Israel activity in Europe. In June, the parliament of Catalonia, the Spanish region whose capital city is Barcelona, became the first in Europe to pass a resolution that calls Israel an apartheid state. Some Catalonian anti-Israel activists have compared the Israeli control of the West Bank to the Spanish government’s control of Catalonia, where separatist sentiment is strong.

Hungary under Prime Minister Viktor Orban, a right-wing populist who has become a model for U.S. conservatives, has one of the most pro-Israel policies of any European Union member states, along with Poland, the Czech Republic and Slovakia — a group of Central European countries knows and the Visegrad bloc. The Visegrad Fund, an intergovernmental organization with funding from its member governments, is among the sponsors of the Sziget festival, along with the municipality of Budapest and several other Hungarian public entities.