How US laws against Israel boycotts could hit Ben & Jerry’s 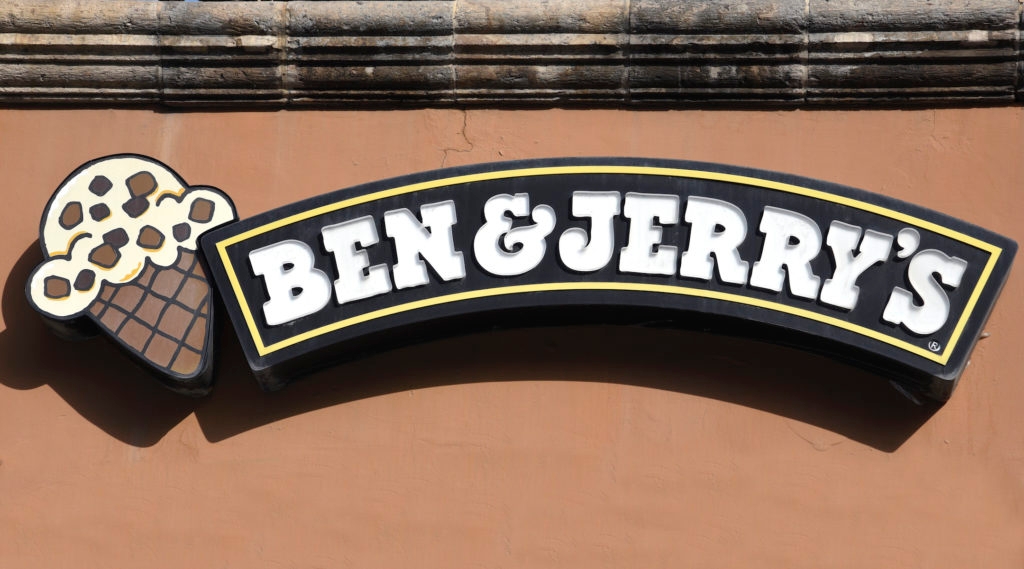 WASHINGTON (JTA) — Ben & Jerry’s decision this week to pull out of an agreement that allowed its Israeli franchisee to sell its product in what the company terms “Occupied Palestinian Territory” has angered some Jewish-owned businesses.

But the move also could have legal repercussions in the United States.

As a result of a campaign since the mid-2010s led by center-right and Christian pro-Israel groups, 33 states have passed laws or issued executive orders targeting the Boycott, Divestment and Sanctions movement against Israel, according to a database maintained by Lara Friedman on behalf of the Foundation for Middle East Peace and Americans for Peace Now, groups that oppose the anti-boycott legislation. (In addition, at least one state, Connecticut, has an anti-boycott law that predates the movement popularly known as BDS.)

The laws vary in their details, but they all mandate ending state business with any company that observes a boycott of Israel. Some consequences for the company range from disinvestment from state employee pension funds to losing out on contracts at universities and other state-run organizations.

It’s unclear whether Ben & Jerry’s pullout from what it considers to be “occupied” territory will fall under the jurisdiction of these laws, but some experts say there is a good chance it could.

Following a series of First Amendment challenges to the laws, many states now set a minimum amount of $100,000 in trade before anti-BDS measures can be triggered against a contractor. That would mean that smaller Ben & Jerry’s contracts would remain unaffected, even in states with anti-BDS laws. But Friedman told the Jewish Telegraphic Agency that future contracts could be jeopardized.

On Tuesday, Israel’s ambassador to the United States, Gilad Erdan, wrote to the governors of each of the states requesting that they take action according to their anti-BDS laws. The letters, he said on Twitter, were coordinated with Israeli Foreign Minister Yair Lapid.

“I ask that you consider speaking out against the company’s decision, and taking any other relevant steps, including in relation to your state laws and the commercial dealings between Ben & Jerry’s and your state,” Erdan wrote.

Ben & Jerry’s did not explicitly mention BDS in its statement, which pledges “We will stay in Israel through a different arrangement.”

There may be a wrinkle: Unilever, the British multinational conglomerate, bought Ben & Jerry’s in 2000 from its Jewish founders, Jerry Greenfield and Ben Cohen, under a unique arrangement that allows an external board to determine how the company embraces social and political causes. And the board now says that the final statement issued to the public, specifically the pledge to remain in Israel, “does not reflect the position of the independent board, nor was it approved by the independent board.”

The board’s chairwoman, Anuradha Mittal, was furious with Unilever’s response, telling NBC that Unilever was “trying to destroy the soul of the company. We want this company to be led by values and not be dictated by the parent company.”

Mittal, an outspoken critic of Israel on social media, is the founder of the Oakland Institute, a progressive think tank that advocates on issues including trade and land rights.

Even though the current Ben & Jerry’s pledge says it will keep selling in the rest of Israel that it does not consider “occupied,” that may not protect the company from legal repercussions.

Ben & Jerry’s could not credibly claim that it does not understand that boycotting settlements would effectively lead to a boycott of all of Israel, argues Eugene Kontorovich, the director of the Center for the Middle East and International Law at George Mason University’s Antonin Scalia Law School.

Kontorovich, who is widely seen as an “intellectual architect” of the anti-BDS legislative push, noted that Israel’s laws effectively ban boycotts of the West Bank and that the term “Occupied Palestinian Territory” likely includes eastern Jerusalem, which Israel regards as its sovereign territory. (The company’s statement did not specify from which territories it was seeking to extract its ice cream.)

“Ben & Jerry’s is doing this in full awareness that this will basically end their business with Israel,” Kontorovich said.

“Under Israeli law, a business can’t discriminate amongst Israeli citizens, regardless of where they live, and certainly in Israeli sovereign territory,” he added. “The licensee, in this case, understands this full well, and has explained to Ben & Jerry’s that [the licensee] really has no choice but to end its association with Ben & Jerry’s.”

Another avenue of legal damage that Ben & Jerry’s critics can enforce involves pensions. Twelve states mandate disinvesting retirement funds for state employees from companies that observe BDS. One is Illinois, where Richard Goldberg, a senior adviser to former Gov. Bruce Rauner, drafted one of the first anti-BDS laws in the nation in 2015.

These laws represent a real threat to Unilever, Goldberg said, because the anti-BDS state pension law is applicable to parent and affiliate companies of the offending party. (Its individual workers, employed by private companies, would not be affected by the state’s law.)

“Unilever, being the parent company in this case, is responsible and is liable and is subject to the state anti-BDS laws as they are written,” Goldberg said.

Goldberg, now a senior adviser to the Foundation for Defense of Democracies, said the disinvestment language — modeled on earlier laws mandating disinvestment of state employee funds from Iran and Sudan — could result in Unilever being removed from state employee index funds.

That’s “a massive amount of money just across 12 states invested in international equities,” he said.

Goldberg said he was taken aback by how little wiggle room Ben & Jerry’s left itself. Conventionally, he said, companies divesting from Israel do not explain why they are taking such action, which gives them more legal cover against anti-BDS laws.

“This is dead to rights because you have a very formal, explicit announcement from Ben & Jerry’s announcing, very clearly, that they are taking a step to inflict harm on an Israeli company,” he said. “There really never has been a clearer case, and so high-profile, for a statement that would violate the BDS laws.”

The last time a major company pulled out of business with Israeli settlements was in 2018, when Airbnb announced it would stop listing lodgings from settlements. Lawsuits alleging discriminatory practices were filed in the U.S., and Airbnb stood down within months, settling with the litigants.

That may not be possible in the Ben & Jerry’s case: The ice cream ban on sales in the West Bank affects both Israelis and Palestinians in the territory, while Airbnb’s plans focused only on settlements. One of the lawyers in the Airbnb case, David Abrams, told JTA that he had no comment at this time on the Ben & Jerry’s case.

Trump mandated some settlement products labeled as being from Israel. Some GOP senators want it to become law.