How moving to Denmark, a country with few fellow Jews, strengthened my Jewish identity 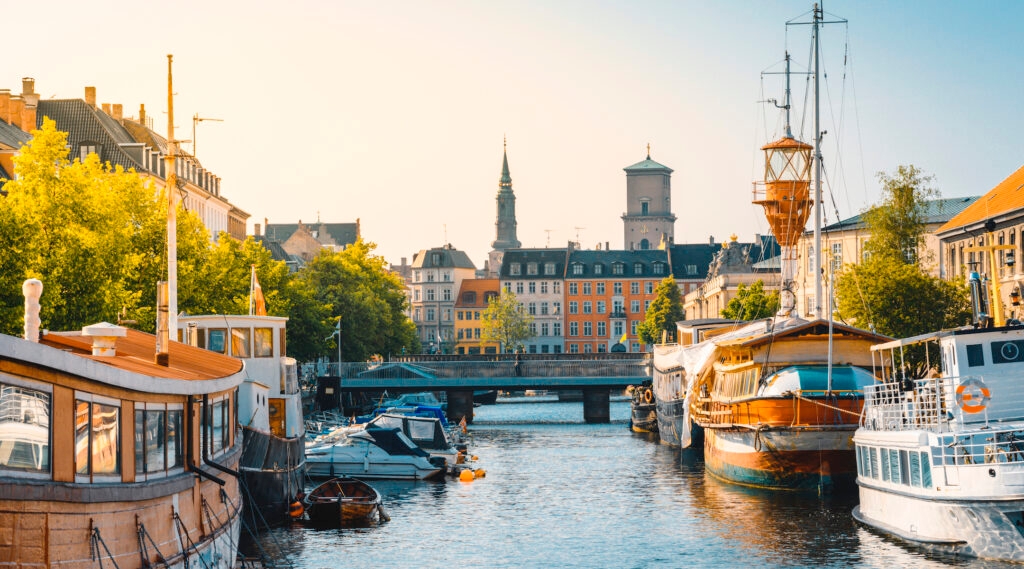 Growing up, one of my favorite books was “Number the Stars,” Lois Lowry’s middle-grade novel about Denmark’s effort to smuggle its Jewish citizens to Sweden during World War II. The operation, which saved 7,220 of Denmark’s 7,800 Jews, has been remarkable to me since I first read about it: while other European countries gave in to antisemitic propganda and followed Hitler’s rule, Denmark resisted. A common explanation today is that Danes didn’t see their Jewish neighbors as “others” — they were just as Danish as anyone else. Why wouldn’t they help their fellow Danskere?

Almost 80 years after the rescue of the Danish Jews, I moved to Copenhagen for grad school. Today, Denmark’s Jewish population stands at around 6,000 members, most of whom are congregated in the greater Copenhagen area. Coming from the Boston area, which is home to 248,000 Jews, and having attended Brandeis University, a historically Jewish college known for its robust Jewish population, landing in a country with such a small Jewish population was a big adjustment. But to my surprise, I preferred it.

Growing up, my family attended a Reform synagogue, I went to Jewish summer camp and Hebrew school, and I had a bat mitzvah — but the whole time, I felt like I was just going through the motions. At no point did I feel any sort of Jewish community, nor did I feel the need for one. Plenty of my friends and teachers were Jewish, my classmates knew about Jewish holidays, and there is no shortage of Jewish delis and Judaica stores in Greater Boston. Being Jewish wasn’t something I consciously thought about because it was so normalized in my setting.

But in Denmark, I’m often the first Jewish person someone has (knowingly) met. The Evangelical Lutheran Church is the national religion, but Denmark is overall an extremely atheistic country, with most people not being involved in any form of religious life. Here, I’ve had to make an effort to meet other Jews, and in doing so, I found an amazing Jewish community.

Despite Denmark’s small Jewish population, there’s an official Jewish community, Det Jødiske Samfund, a Jewish museum, an Orthodox synagogue, a Reform synagogue, a Chabad house, a Jewish elementary school, youth groups and an annual cultural festival. There’s even a Jewish-Muslim biker club (yes, you read that right) that works to combat antisemitism and Islamophobia in Denmark and create mutual understanding between the two religious minorities. And this year, Copenhagen will host a gathering of Jewish young adults from all over Scandinavia. Whether it’s services at the Reform synagogue, challah baking at Chabad, or Shabbat dinner with the Jewish youth movement at the Great Synagogue, I’m never at a loss for Jewish events to attend.

I appreciate that the community isn’t strictly divided by denomination — I see the same familiar faces no matter which synagogue or organization I go to. While I never felt like I found my place in Greater Boston’s fragmented Jewish population, I immediately felt welcome in Jewish Denmark. When we’re such a small minority (only 0.1% of the population), the need for a community is more pressing. Having to deliberately seek out Jewish life has made the connections I’ve forged all the more special. Danish society is notoriously hard for foreigners to integrate into, but through the Jewish community I’ve been able to make Copenhagen feel like home.

Of course, this isn’t to say that being Jewish in Denmark is always idyllic. In 2014 the Jewish school was vandalized, and in 2015 a terrorist attacked the Great Synagogue. I personally haven’t experienced antisemitism here, but I know that my experience as a recent transplant is different from those of Jewish Danes who have spent their lives here, and from those who more clearly present as Jewish. That being said, I still feel significantly safer as a Jew here than I did in the U.S. (I have yet to hear a Dane compare vaccines to the Holocaust, baruch hashem).

I still think of “Number the Stars” often, especially when I’m at the same synagogue that the Jewish characters attended, or when I walk past a site that was mentioned in the book. I have no Danish heritage, so I’m not personally connected to the rescue of the Danish Jews. But, as schmaltzy as it sounds, I feel a sense of poetic beauty in finding a Jewish home in the same tiny Scandinavian country that came together to save thousands of us so many years ago.

Rebecca Nachman is Global Health master’s student at the University of Copenhagen.
The views and opinions expressed in this article are those of the author and do not necessarily reflect the views of JTA or its parent company, 70 Faces Media.