How did conservative comedian Owen Benjamin became a darling of the ‘alt-right’?

WASHINGTON (JTA) – Over the last year, conservatives have seen one of their own take a sharp turn towards the “alt-right.” But unlike many of the traditional online denizens – those basement dwellers who find themselves in alt-right message boards because they have nothing better to do – this conservative figure once had clout and made his living as a mainstream conservative.

My first (and last) experience with Owen Benjamin came in the spring of 2018, just weeks before his permanent removal from Twitter. I can’t remember precisely what negative comment he tweeted about me, but I do remember that many individuals with bear emojis in their Twitter names came to my defense, and my curiosity was piqued. I would later learn that these individuals were UnBEARables, Benjamin’s legion of fans. Benjamin later apologized to me.

Unfortunately, it was expressing conservative views that may have set Benjamin on a path toward social isolation and radicalization – and increasingly, Holocaust denial and anti-Semitism. Shunned by his original audience, rejected from campus and banned from mainstream platforms, he turned to an increasingly alt-right online community and may have become the alt-right’s favorite new comedian in the process.

A handsome young man with twinkling blue eyes and a slightly gravelly voice — he often uses it to croon about societal ills while riffing on his piano — Benjamin once was an up-and-coming conservative comedian, booking tours on college campuses and represented by a major Hollywood talent agency. He was a popular personality of the Daily Wire and PragerU, a nonprofit that makes videos for mass distribution about conservative ideas and principles.

A decade prior, Benjamin had appeared in movies and television shows. He had real Hollywood bona fides and actual comedic talent, a rarity among conservative comedians.

Lately he has been spouting conspiracy theories relentlessly about the Holocaust and how Jews are responsible for every societal ill — from the Iraq War, the opioid crisis and the banker bailout to Hollywood pedophilia — on his Instagram and demonetized YouTube channel.

How did he get here?

In late October 2017, the University of Connecticut Student Union Board of Governors canceled Benjamin’s comedy show after he tweeted an objection to hormone replacement therapy for children identifying as transgender. Just a few weeks earlier and for the same reason, Benjamin’s talent agency CAA dropped the comedian, forcing him to start representing himself. Not to be deterred by this setback, Benjamin doubled down on pushing the free speech envelope. 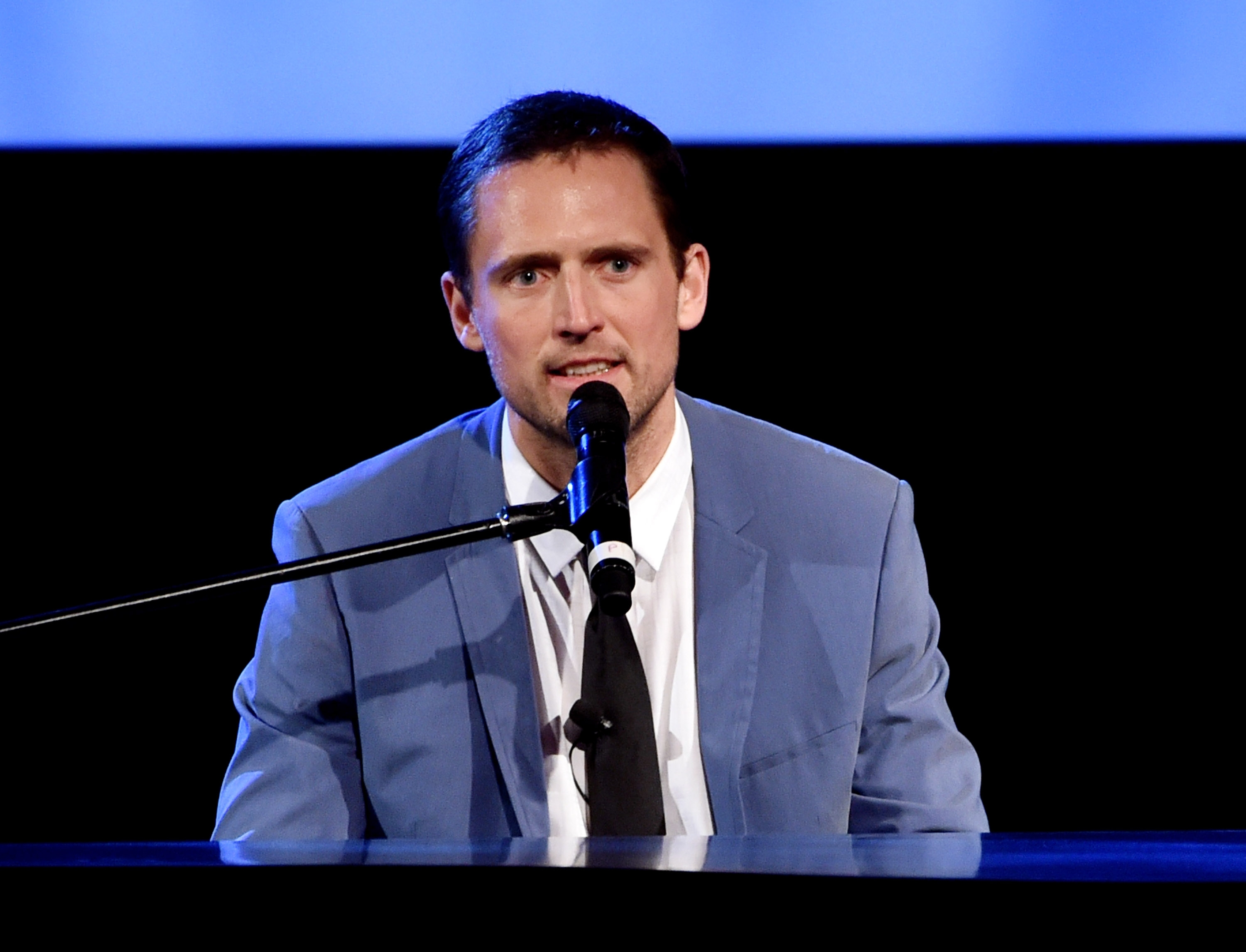 Now a free agent and without representation, Benjamin booked his own shows, most notably a special in his hometown of Saranac Lake, New York, in late February 2018, even going so far as to invite his recently established and growing fan base to crash in his home. The event was well attended, but Benjamin’s use of a racial slur onstage in the context of a joke led to his total ostracization from large parts of the conservative movement, mainstream comedy and by his neighbors in Saranac Lake, with a local paper penning an editorial and his local church returning a charitable donation.

Several fans I spoke with were conflicted about his use of the n-word during his appearance. Many believed, at the time, that he was merely pushing the envelope, questioning norms regarding acceptable speech. But since his unraveling, they now question if Benjamin’s use of the slur wasn’t about pushing the envelope but simply exposing his true racist feelings.

The use of that racial slur was the beginning of the end of Benjamin’s mainstream career. After using the n-word onstage, Benjamin could never count on a gig actually going as scheduled until he took the stage; venues often would cancel his shows at the last minute. His YouTube channel, a major source of income, was demonetized – meaning YouTube decided the content was unfriendly for advertisers and stopped allowing him to earn money on the platform. That left Benjamin scrambling for other ways to communicate with his growing fanbase of UnBEARables.

During the spring of 2018, Benjamin was still able to maintain some limited visibility in the conservative world, traveling on the West Coast and appearing in two videos for PragerU, whose Jewish founder Dennis Prager has written at length about left-wing anti-Semitism, and making appearances on shows hosted by the Daily Wire (helmed by Ben Shapiro, an Orthodox Jew).

But it was right around a trip to Los Angeles in April 2018 that Benjamin’s personal Twitter account was permanently suspended by the company. He later created and still maintains a promotional account, but it is mostly used to direct readers to content off the platform.

Between the spring and winter of 2018, his personality began to visibly unravel and his journey from ostracized comedian to one beloved by the fringes of the right began. He appeared on the Alex Jones show Infowars for the first time last September. Soon after his trip to Los Angeles, Benjamin moved from Saranac to a rural location in Washington state, and his comedic rants online lost most hints of comedy, becoming just rants about the moon landing (it was faked) to vaccine “fraud.”

Bereft of steady and accessible platforms with mainstream comedians and conservatives, Benjamin began drifting toward the fringes. A Jewish former fan and a former Patreon financial supporter told me that after “losing his spotlight and the attention he was getting on Twitter, he [began to] lash out in other ways, in more provocative ways to keep attention and to grow a fan base, as repugnant as they may be.”

On the message boards, Facebook groups and mass Twitter DMs, Benjamin’s community of UnBEARables was fracturing after an internal conflict over allegations that Benjamin’s regular opening act, Eric Nimmer, sexually harassed fans and had faked his military service background. Benjamin couldn’t even count on a community he started to provide him with positive social interactions. One former fan and frequent contributor to comments on livestreams and in message boards told me, “As he’s shut some people out, he’s losing some really good friendships,” including his close relationship with fellow comedian and conservative personality Steven Crowder and Crowder’s father.

“I think they were both good guys and a good influence on him,” the former fan told me. “Losing relationships with certain people has led to an inability to process and handle everything that’s happened in the last year.”

In December, Owen appeared on Vox Day’s show; ADL describes Vox Day as “a champion of the alt-right movement who claims to have popularized the term ‘cuckservative.’”

Owen’s full-blown descent into Holocaust denial and anti-Semitism began several weeks ago. Every few days, fans of his streams and posts on platforms like Instagram and Facebook can watch Benjamin quote fictitious tractates from the Talmud or mock critics of Holocaust denial. The comments section of these streams often feels like a visit to white supremacist websites like the Daily Stormer.

Another former Jewish fan told me, “Some of this stuff really hurts me as a Jew. It made me rethink my whole time with him. Was ‘this n-word stole my bike’ [part of his act in Saranac] really actually racist?”

If the comments are any indication of who’s still watching, many of the comedian’s early fans have drifted away, leaving him with an audience comprised mostly of alt-right racists and anti-Semites. Without much access to sane voices in person or online, Benjamin had sunk into the fever swamps of the internet, where no conspiracy is too outlandish and no taboo too far.

Was Benjamin a racist all along, a closeted anti-Semite, whose professional and personal relationships necessitated keeping his views closer to the chest in the last several years?

It’s impossible to know for certain how fringe his views were before he was ostracized, but as he became increasingly isolated, his appearance became more disheveled, and more and more of his videos were close-up rants in his car instead of performance-style acts done from a more professional-looking desk in his home office. All of the former fans and supporters with whom I spoke said he no longer really acts like a comedian; his streams are now just angry rants.

When reached for comment, Benjamin told me that it was his fans, not him, that had suddenly changed their standards of acceptability. He asked that we “please remind my former fans that they loved my song ‘that n—– stole my bike’ or when I would mock the Jewish treatment of the Palestinians” before he was fully cast out of the community.

“Can’t pick and choose in comedy or you become tyrannical,” he said, “but I doubt you care much about that.” On his Holocaust denial, he claimed that he actually routinely inflates the number of deaths to a billion, and that “misrepresenting me as some sort of WWII scholar ruins the [Holocaust] joke and misleads your audience.”

Was his descent into the fever swamps of the internet and conspiracy theories inevitable? Perhaps. But had Benjamin maintained access to the rational world on Twitter and in person, there could have been moments of reflection that brought him back from the brink of what appears to be madness. The former Patreon supporter told me, “A lot of the lashing out came after he was kicked off Twitter. When he was on Twitter he had more feedback from fans. Now he has more of an echo chamber.”

It’s troubling to watch, and one has to wonder just how much of this move to the fringes is due to a feeling of being pushed there by the mainstream’s decision to blacklist him from Twitter, YouTube and even from his own church. Would it have been better for Benjamin to remain on Twitter, to feel pushback when he voiced fringe views or palled around with alt-right figures?

It’s impossible to know, but these are questions worth asking as mainstream social media platforms consider how to deal with the potential for the further radicalization of young men vulnerable to the messages of the alt-right.

is a stay-at-home mother and a part-time editor at Ricochet.com
The views and opinions expressed in this article are those of the author and do not necessarily reflect the views of JTA or its parent company, 70 Faces Media.