How Chelsea Clinton became a defender of the Jews on Twitter 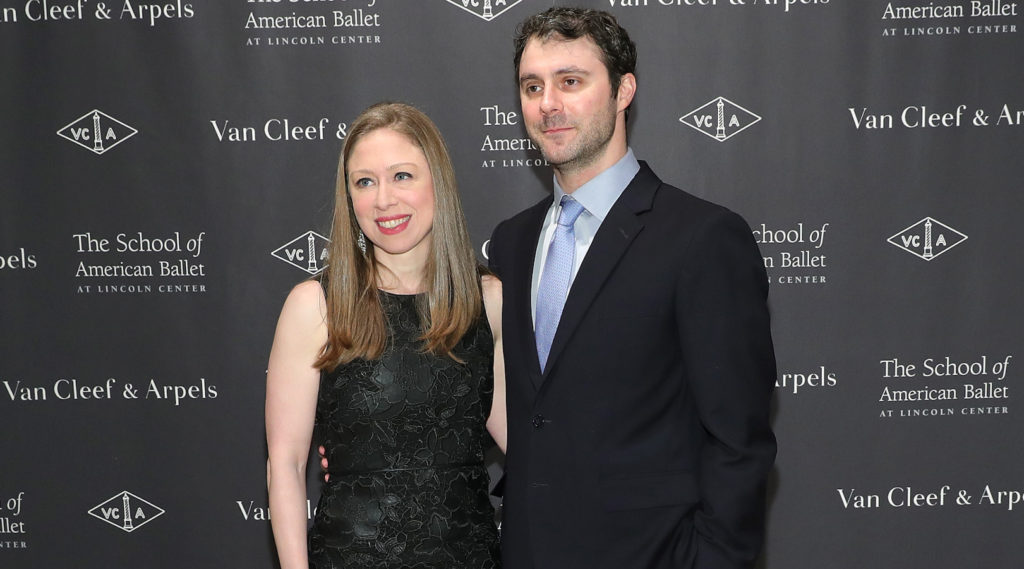 NEW YORK (JTA) — When Ilhan Omar got in trouble earlier this week for claiming that the American Israel Public Affairs Committee pays politicians to support Israel, plenty of Jewish lawmakers took to Twitter to denounce the comment as anti-Semitic. But one of the highest profile people who took offense at the statement was neither Jewish nor a politician.

“We should expect all elected officials, regardless of party, and all public figures to not traffic in anti-Semitism,” Chelsea Clinton tweeted.

And the former first daughter didn’t stop engaging with the conversation there. After Omar released an apology, Clinton thanked her and said she was looking forward to speaking to the Minnesota Democrat. (Clinton had said in an earlier tweet that she was contacting Omar to set up a meeting.)

Later Clinton was exceedingly polite in responding to a rude troll who had written that she “isn’t even Jewish she’s just ugly” by educating him about anti-Semitic stereotypes.

“The ugly Jew is a vile centuries old anti-Semitic trope so next time, please just go straight to ugly and leave out the rest,” she wrote.

Clinton, who is expecting her third child with her Jewish husband, investor Marc Mezvinsky, also used the incident as a way to call out Republican Reps. Kevin McCarthy and Steve King for what she called “anti-Semitic rhetoric.”

Clinton stands out because she is among the highest-profile non-Jews — J.K. Rowling also comes to mind — to consistently call out anti-Semitism on Twitter. And as seen with her arranging a meeting with Omar, she gets results.

“Chelsea has a history of being outspoken against all forms of hate including anti-Semitism,” Horowitz wrote. “She’s spoken about this publicly for years at events — there’s a lot from the campaign as well as more recently — and she uses Twitter to comment on these issues in real time.”

Horowitz pointed to an article that Clinton penned for Refinery29 ahead of the November midterms in which she addressed a range of hate attack incidents. They included the shooting at Pittsburgh’s Tree of Life synagogue and a bomb threat sent to George Soros. In the op-ed, Clinton called Trump “at best, fine with being a beneficiary of this rising, visible hate, if not himself an engine of it.”

“President Trump is not an anomaly today (see Congressman Steve King of Iowa) or in history,” Clinton continued. “At least since Cicero, who more than 2,000 years ago talked about the ‘odium of Jewish gold,’ anti-Semitic rhetoric has linked Jews with supposed ill-gotten money, often used for supposed misbegotten purposes.”

Ann Lewis, a longtime adviser to the Clinton family, sees the activism of the former first daughter as a result of her upbringing.

“She combines her parents’ values and awareness of current events with her generation’s social media skills,” Lewis told JTA on Tuesday.

Lewis said that Clinton has been friends with Jewish people for as long as she can remember.

“She is aware, and more sensitive perhaps to [anti-Semitism], because she knows and has known Jews as human beings, as friends and now as a husband,” Lewis said.

“I think getting involved in her synagogue and being married into a Jewish family probably does make her sensitive [to anti-Semitism], though I think she has always been sensitive,” Epstein told JTA.

Not everyone appreciated Clinton’s intervention in the Omar affair.

“Who is Chelsea Clinton to become the spokeswoman about what is and isn’t permissible debate when it comes to Israel?” journalist Glenn Greenwald, a harsh critic of U.S. support for Israel, told Democracy Now. “Her parents are probably the two individuals most responsible for turning the United States into a steadfast defender of an apartheid, murderous and oppressive regime in that region.”

Others have suggested that Clinton’s assertive tweeting is a way to position herself for an eventual run for elected office.

In May, she sparred with actress Roseanne Barr, who promoted a range of conspiracy theories, including the false claim that Clinton is married to the nephew of George Soros, the liberal Jewish philanthropist who Barr regards as an enemy of his fellow Jews.

Barr initially tweeted “Chelsea Soros Clinton,” to which Clinton replied “Good morning Roseanne – my given middle name is Victoria. I imagine George Soros’s nephews are lovely people. I’m just not married to one. I am grateful for the important work @OpenSociety does in the world. Have a great day!”

In October, Clinton called out Nation of Islam leader Louis Farrakhan for a tweet in which he said “I’m not an anti-Semite. I’m anti-termite.”

“Comparing Jews to termites is anti-Semitic, wrong and dangerous,” Clinton wrote in response. “The responsive laughter makes my skin crawl. For everyone who rightly condemned President Trump’s rhetoric when he spoke about immigrants ‘infesting our country,’ this rhetoric should be equally unacceptable to you.”

Also in October, Clinton responded to a report that said Ivanka Trump and Jared Kushner had persuaded the president to denounce anti-Semitism following the shooting at Pittsburgh’s Tree of Life synagogue.

“The President of the United States should not have to be persuaded to denounce anti-Semitism,” she wrote.