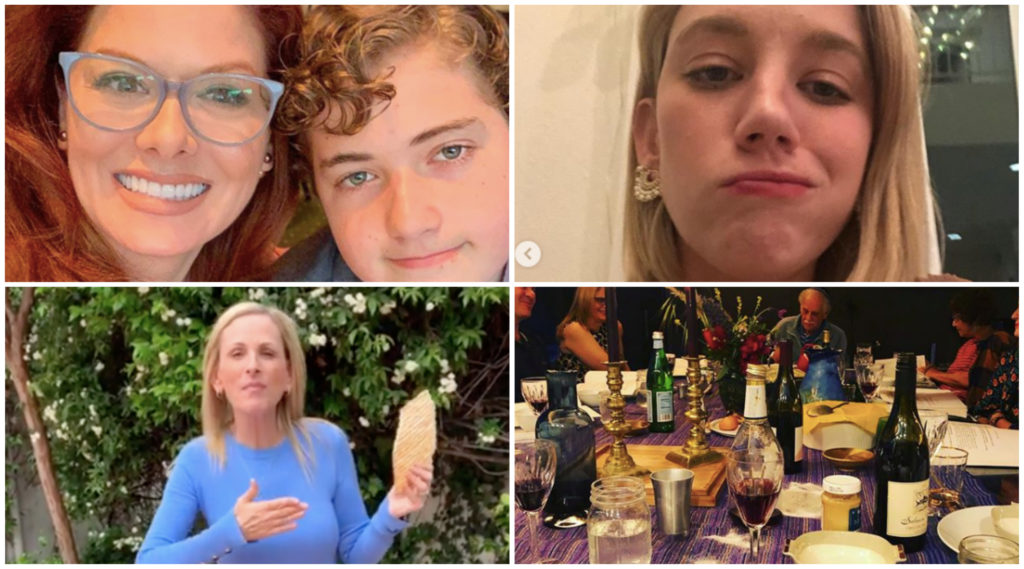 (JTA) — How was this night different from other nights? We have the same kind of dinner as Jewish celebrities.

Like the rest of us, some of Hollywood’s Jews observed Passover this weekend — it turns out quite a few of them were eating matzah ball soup, looking for the afikomen and spending quality time with their families. Here are a few who shared their experiences on social media.

“Glee” actress Dianna Agron shared a video of herself getting in the mood for her seder by dancing to “Tradition” from “Fiddler on the Roof.”

Mayim Bialik, of “The Big Bang Theory,” posted a photo of a single, buttered piece of matzah and labeled it “dinner.”

Zach Braff shared a photo of himself and “Scrubs” co-star Sarah Chalke titled “Happy Passover.” (It’s not quite clear why they are holding goats, but it may be related to an animal-filled Easter celebration from which he also shared photos.)

Yael Grobglas, a regular on “Jane the Virgin” who grew up in Israel, posted tasty photos from her seder.

Actress and deaf activist Marlee Matlin posted a photo of herself signing both “Happy Passover” and “Happy Easter” and eating a piece of matzah.

Debra Messing, of “Will and Grace,” shared two selfies with her son Roman at a seder. She also posted a photo of the scene following the meal, with two people passed out on the ride home.

Comedian John Mulaney isn’t Jewish, but he shared a photo of him looking for the afikomen and making a joke about the Four Sons from the seder. (His wife Annamarie Tendler is Jewish)

Michaela Watkins, formerly of “Saturday Night Live” and the Hulu series “Casual,” was happy with herself for throwing a seder for 12 people.