How Britain’s Labour Party became a hotbed of anti-Semitism 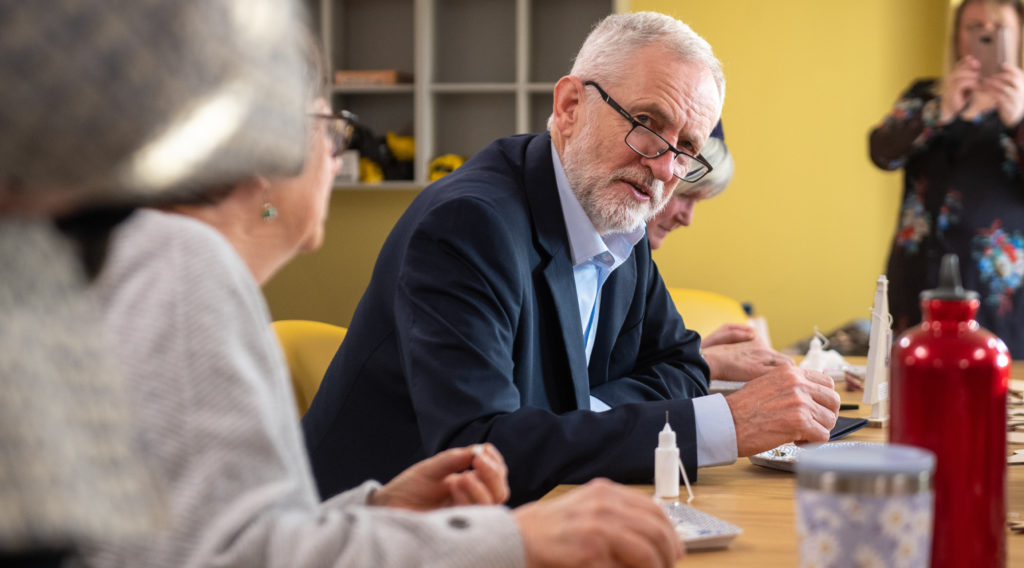 LONDON (JTA) — As anti-Semitism scandals continue to rock Britain’s Labour Party, critics have focused on what this means for the party, the country and its Jewish community.

Under Corbyn, Labour has become a “safe space” for anti-Semites, according to a damning 2016 report by an interparliamentary committee of inquiry formed by the House of Commons. Corbyn has disputed the committee’s findings and pledged a zero-tolerance policy toward any form of racism. But some of the cases involve him personally, leading former British Chief Rabbi Jonathan Sacks to call Corbyn an anti-Semite.

How did the party that has long been the political home for much of the British Jewish community, not to mention a party closely associated with the fight against bigotry and discrimination, become a hotbed of anti-Semitism?

Accounts from multiple current and former party members suggest that the transformation happened within a matter of months due to a series of miscalculations by Labour’s former centrist leaders — and Corbyn’s ability to seize on the opportunities this presented. An attempt to weaken radicalism in the party wound up strengthening it, illustrating how fragile the political center had become in Britain — and perhaps in other Western countries polarized by divisions over immigration and the economy.

As for Labour’s center, it collapsed spectacularly in 2015. The year before, Corbyn’s predecessor, Ed Miliband, led a reform that opened Labour to new members and diminished the influence of its leaders — a change the party’s left wing had sought for decades.

Miliband, who had been a lawmaker for only five years prior to his 2010 election to lead Labor at the age of 40, wanted to reduce the influence of trade unions in the party. Under the system Miliband inherited, unions, individual members and Labour parliamentarians each commanded one-third of the votes in electing Labour officials and determining policy.

Seeking to dilute the unions’ clout, Miliband opted to democratize the party with a one-person, one-vote model. In exchange for a symbolic fee of 3 pounds, anyone could become a Labour member and vote in its primaries. The move helped to reverse a long decline in Labour membership, bringing the number of members from 179,891 in 2007 to about 485,000 today, with many following Corbyn into the party after 2015.

Miliband and other centrists were aware that they risked losing control, according to “Protest and Power,” an account of Corbyn’s rise by journalist David Kogan. So they relied on a system in which any candidate for party leader had to be a member of Parliament with written endorsements from at least 20 percent of Labour lawmakers. Following negotiations, the threshold was finally set at 15 percent.

Back then, Corbyn was an obscure Labour backbencher whose focus was on foreign policy and, in the run-up to the 2015 party primaries, was thought not to have met the 15 percent threshold. But the party’s left wing still decided to put him forth as a candidate — “not because they thought they had a chance of winning an appointment, but just in order to drag the debate a little bit to the left,” said Luke Akehurst, a non-Jewish pro-Israel activist and current Labour member familiar with the party’s internal processes.

Corbyn, who has served as a lawmaker since 1983, had plenty of political experience. His campaign relied on recruiting new members drawn heavily from pressure groups with which Corbyn had long had close ties. The campaign was run by Jon Lansman, a longtime Jewish Labour activist. Ben Soffa, another Jewish supporter and a pro-Palestinian activist, handled the digital aspects of the recruitment push.

“It turns out that there are about half a million pretty extreme people who were waiting for an opportunity to take over the Labour Party,” Akehurst said.

The swelling of Labour’s ranks with far-left activists, many of them from anti-Israel groups, has accounted for a significant portion of the thousands of cases of alleged anti-Semitism reported to the party’s ethics panel.

One of them was Marc Wadsworth, a minority rights activist who earlier this year allegedly used a racist slur against Ruth Smeeth, a Jewish Labour lawmaker. The incident happened a month after he joined Labour. Wadsworth, who denies Smeeth’s allegation, has since been kicked out of the party.

Another is Ali Milani, an Iran-born journalist who said on Twitter that Israel has no right to exist, writing in one exchange: “Nah u won’t mate. It’ll cost u a pound #jew.” Milani is Labour’s candidate in the elections to unseat Johnson in his home constituency on the western edges of the London area.

Corbyn also shined in debates, portraying himself as an “anti-politician.” His promises of generous benefits to students and higher taxes on the wealthy were particularly attractive to young voters who grew up in the austerity years following the 2009 financial crisis, Kogan said.

Labour’s surprisingly good performance in the 2017 general elections against then-prime minister Theresa May gave Corbyn the further support he needed to consolidate his control over the party and remove his opponents from positions of influence. This was helped to some degree by a wave of resignations by those concerned about anti-Semitism in the party and Corbyn’s apparent support for Britain’s exit from the European Union.

In 2016, following the nonbinding Brexit referendum, Corbyn said he supported leaving, a position aligned with the Euro-skepticism of Labour’s left wing. He has since endorsed a second referendum but has not come out against Brexit.

Both the Brexit issue and anti-Semitism have hurt Corbyn, who has lagged behind Johnson in the polls. But as Thursday’s vote neared, Labour managed to close some of the gap, receiving a significant endorsement from The Guardian.

“The best hope lies with Labour, despite its flaws,” the newspaper wrote Wednesday in an editorial.

Regardless of how the vote goes, Labour’s strength under Corbyn could be read as a warning for other Western countries confronting rising extremism.

“What is happening in the UK,” the group wrote on Twitter, “is a cautionary tale for us all.”