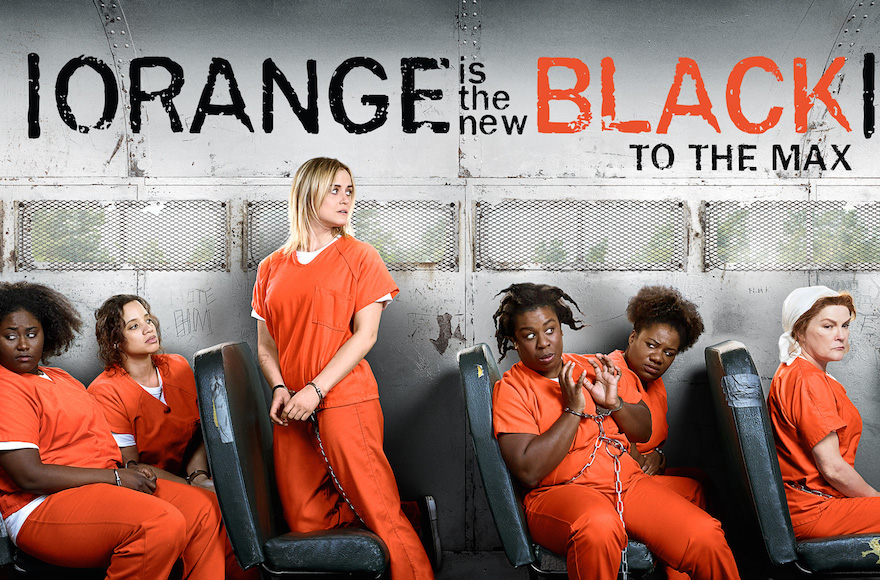 The Netflix hit series “Orange is the New Black” is set in an all-women’s prison. (Netflix)

NEW YORK (JTA) — Cantor Philip Sherman gives me a call after having finished two circumcisions before noon on Tuesday. That’s a light day, he explains. On Thursday, he will be performing circumcisions for four baby boys; on Friday, he’ll do five.

Sherman, 62, is a mohel (in fact he was featured as one of “America’s Top Mohels” in a 2014 JTA article) and has performed over 20,000 circumcisions, both for Jewish and non-Jewish families. But in between performing multiple circumcisions a day and serving as associate cantor at Congregation Shearith Israel in New York — also known as the Spanish and Portuguese Synagogue — he has another gig: actor.

Most recently, the Orthodox cantor, who lives in White Plains, New York, appeared in the Netflix hit series “Orange is the New Black,” about a women’s prison. Though the role was small — he played a judge presiding over a trial involving one of the prisoners — Sherman says it was his favorite to date.

“The really amazing thing about that is that it’s a real part in a real show, where I’m not playing a rabbi or cantor or some Jewish guy,” he told JTA in a phone interview Tuesday.

Sherman has appeared in about 15 other roles in commercials, TV series and movies, playing a religious Jew in most of them.

He played a rabbi in a 1999 commercial with Whoopi Goldberg for Flooz.com, a now defunct digital currency, and a mohel in the 2011 comedy “Our Idiot Brother,” where his appearance was cut from the final movie but made it into the extra materials on DVD. Sherman has also been featured as an expert on “Storage Wars,” a reality show where the contents of unpaid storage lockers are auctioned off. 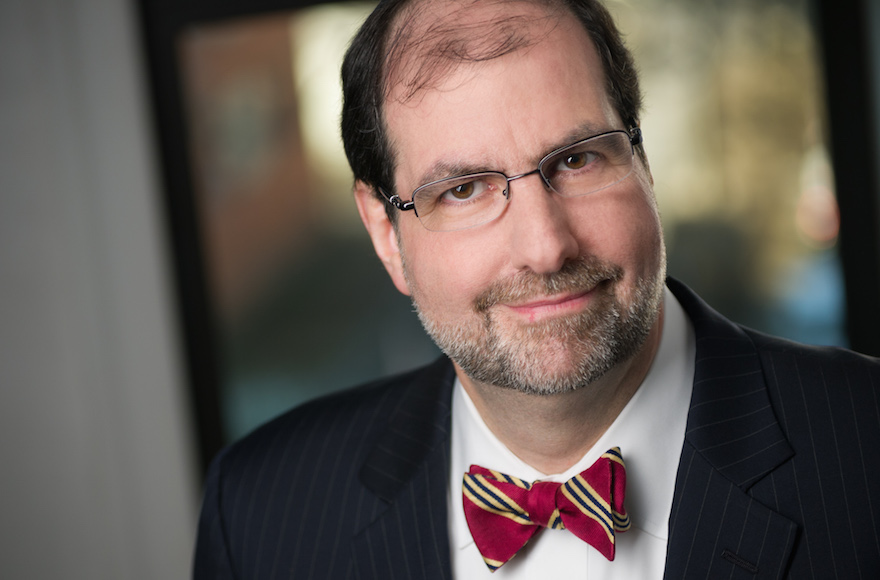 Cantor Philip Sherman has appeared in more than a dozen roles in commercials, TV series and movies, mostly playing a religious Jew.(Courtesy of Sherman)

Sherman’s “Orange” scene lasts about a minute and a half, but was shot approximately a dozen times, and Sherman had to come in another time to re-record some of his lines. Sherman said he later received a call asking him to come back to the series in a recurring role, but he was not able to make the filming date because he was traveling in Israel at the time.

Sherman thinks the outfit he wore to his audition may have helped him snag the part. He came in his black robe from Congregation Shearith Israel, which resembles those worn by justices on the U.S. Supreme Court.

“When you have an audition, if you have the stuff to help make you look the part, you bring it and you wear it, so that’s the idea,” he said.

Though the cantor belonged to theater groups in high school and college, he never studied acting. His acting career launched by chance in 1987, when the Philip Morris tobacco company decided to feature a shot of Shearith Israel in a commercial celebrating the 200th anniversary of the Bill of Rights. Sherman mentioned to the producers that the music they had planned to feature in the background during that shot featured an Ashkenazi, not Sephardi, melody and therefore was not representative of the synagogue’s culture. They ended up asking him to record a more appropriate song to play during the shot.

“A few months later, checks started to come in,” he said. “Apparently they put in my little voice, the thing that I did, and it was a 26-week nationwide commercial, which back then was like hitting the lottery.”

The voice appearance earned him a spot in the Screen Actors Guild, now known as SAG-AFTRA, and from there he hired an agent who helped him land further roles.

“Over the years it’s been a lot of fun,” Sherman said. “It’s just one thing that I get to do, and you get to meet all sorts of interesting people.”