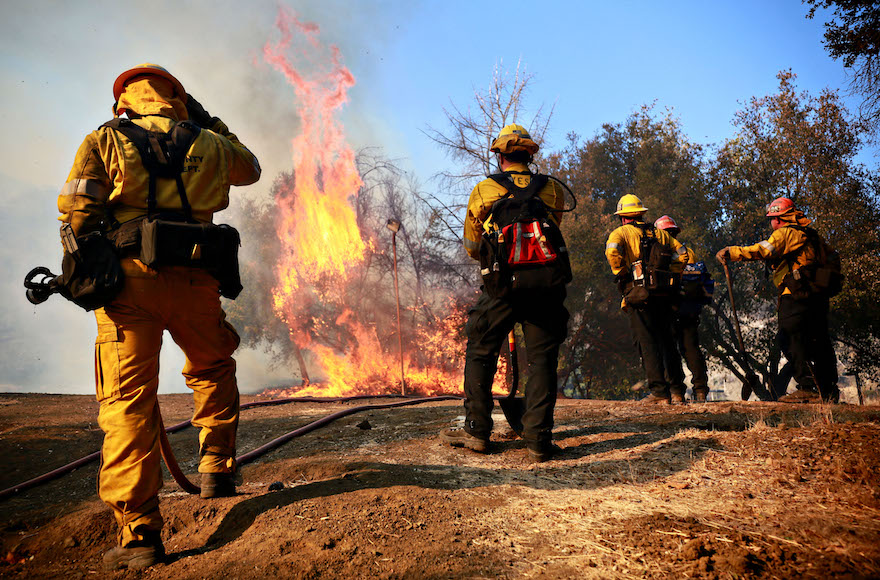 (JTA) — The death toll and damage continue to rise in California in the wildfires ravaging the state. More than 6,400 homes have been damaged and at least 31 people have been killed, according to CNN.

Like other Californians, Jewish residents are evacuating their homes and dealing with the devastating fallout of the fires. Synagogues, camps and a day school have all sustained damage.

Here are two remarkable stories of people coming together as a result of the fires, including a rabbi who ran into a synagogue to save its four Torah scrolls and a synagogue that helped ensure a family from an evacuated congregation was still able to celebrate their son’s becoming a bar mitzvah.

Rushing to save a synagogue’s Torah scrolls 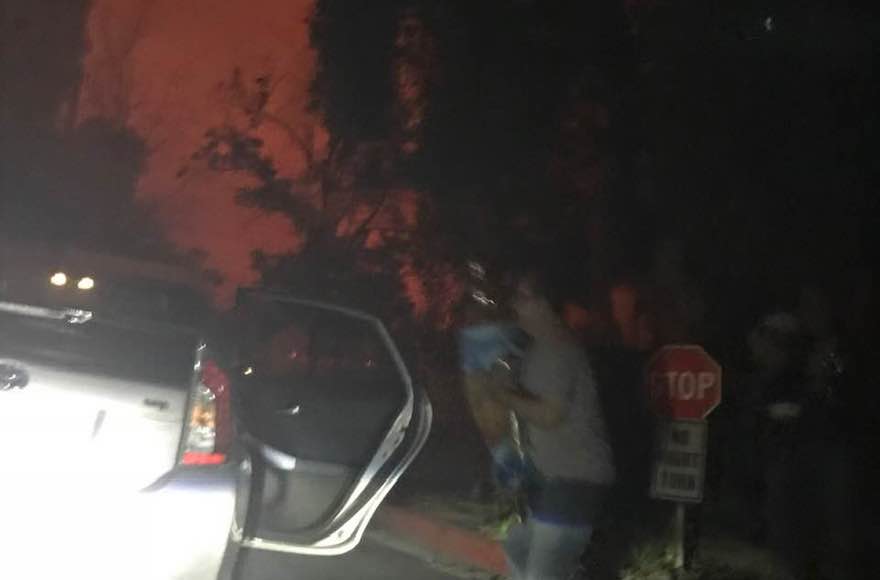 At 3 in the morning Friday, a neighbor roused Rabbi Barry Diamond from sleep to let him know that their Southern California neighborhood had been given a voluntary evacuation order. About 20 minutes later the rabbi arrived at Temple Adat Elohim, the Reform synagogue in Thousand Oaks where he works, to see fire surrounding the area by the building.

“There’s a hill right across the street from our temple — it was fully engulfed — and there was a raining down of sparks onto our property,” he told JTA on Monday.

But that didn’t deter Diamond, 56, from dashing into the synagogue to save his congregation’s holiest objects. Setting off an alarm, he entered the sanctuary and grabbed two of the congregation’s Torah scrolls: One had survived the Holocaust, the other was dedicated only six months earlier.

He then ran in a second time and, with the help of the synagogue president, Sandy Greenstein, brought out the remaining two scrolls as well as the Book of Esther scroll traditionally read on Purim.

“I would say I was a cross between nervous and determined to get these out,” Diamond said. “Sometimes you just have to put your head down and do the work and worry about your feelings later.”

As he loaded the Torahs into his car, Diamond looked back and saw that plants behind the sanctuary were ablaze. A photo taken of Diamond shows a wall of red-tinted smoke behind a nearby stand of trees.

Diamond and his wife, as well as most of his congregants, have had to evacuate their homes. As far as he knows no one has been hurt, but the synagogue has sustained damage.

The fires hit the community at an especially trying time: Only a day earlier, congregants learned that a deadly shooting at a nearby bar left 12 people dead. Diamond said two congregants were at the bar at the time of the shooting and know people who were killed.

The rabbi is trying to be there for congregants affected by either or both tragedies.

“There are people who lost their homes, there are people who are displaced, and we have to acknowledge and recognize them and be there and support them,” he said. “And there were a number of families who just suffered terribly because of this horrible act, and I don’t want their pain to be eclipsed because there’s a broader disaster that we’re living through.”

A change of bar mitzvah plans with only hours notice 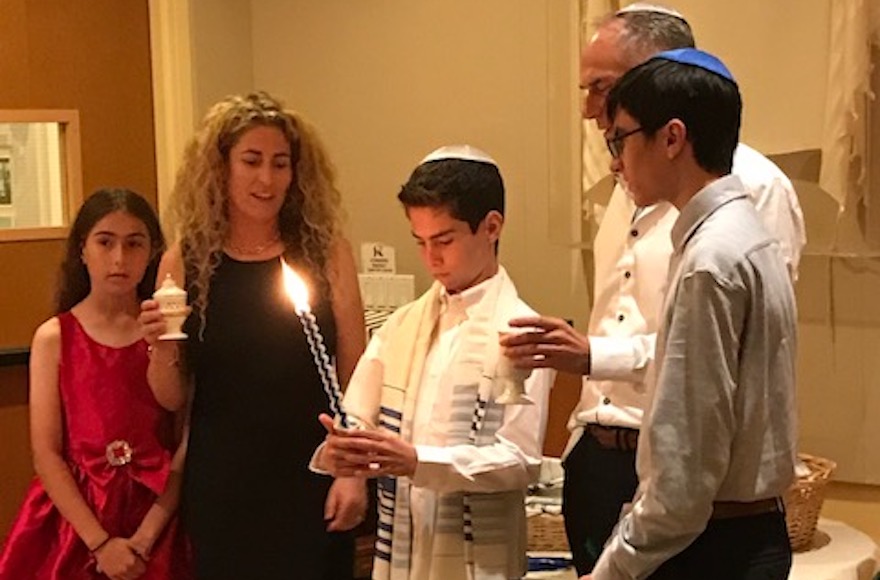 On Friday morning, everything seemed to be set for Jace Kletter’s bar mitzvah the following day. The 12-year-old was planning to read from the Torah and then have a party at the Malibu Jewish Center, the Reconstructionist congregation to which his family belongs.

“The DJs, the caterers, the security guards — we had it all planned,” Jace’s father, Jeff, told JTA on Monday. “And then on Friday morning, we get a mandatory evacuation call.”

Jeff, his wife Josie and their three kids quickly left their home, but they did not realize how long they would be gone.

“We’ve always dealt with fires in Malibu, but you’re back in an hour,” Jeff said. “There’s no issue because they put it out, but this one was a raging fire.”

The next morning, it seemed unclear if Jace’s bar mitzvah could still take place. Then the family got a call from their rabbi, who told them that a different synagogue had offered to host the service and party.

Everyone quickly scrambled to reorganize the entire party. Josie wasn’t able to get in touch with the caterer, so she ordered food from a local cafe instead and supplemented it with wine and desserts from Costco. The family had left their formalwear behind, so they ran to a department store to pick up new outfits.

And though many of the guests weren’t able to make it, “a very small, meaningful group of 26 people” showed up, Jeff said.

The service was held that afternoon at Kehillat Israel, a Reconstructionist synagogue in Pacific Palisades. The synagogue was also hosting a bar mitzvah of its own, so two services were held in adjacent rooms.

Jace said that he was happy with how his bar mitzvah turned out despite the last-minute changes.

“It did look different, and there were definitely a lot less people who showed, but it was still very meaningful,” he said.

The event served as a much-needed distraction both for the Kletter family and attendees who had to evacuate their homes.

“The people who did make, it was a cathartic release for them, too, to not think about the fires for a few hours and just relax,” Jeff said. As of this writing, he still didn’t know what had happened to the family’s home.

Cantor Chayim Frenkel of Kehillat Israel said the clergy had not hesitated to offer up their space to the Kletter family as well as other Malibu Jewish Center congregants.

“[There] wasn’t even a second thought,” Frenkel said. “Of course you can come to synagogue and have services.”

The post How a rabbi saved 4 Torah scrolls from being destroyed in the California wildfires appeared first on Jewish Telegraphic Agency.