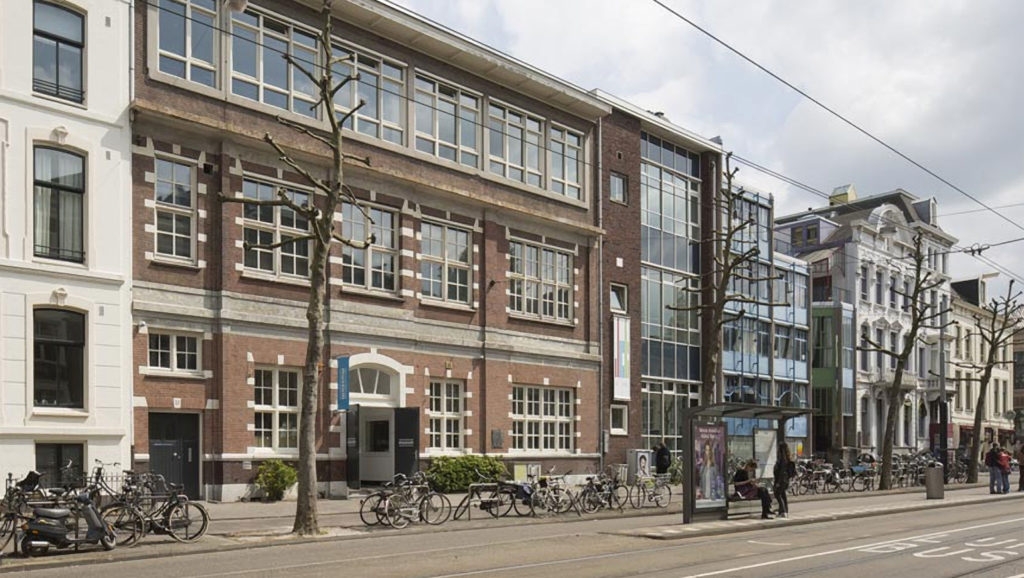 AMSTERDAM (JTA) — It was meant as an ode to one of the most courageous yet little-known rescue efforts of Jews during the Holocaust.

But a week after its publication, a Dutch-language historical novel is at the heart of a controversy over whether the author twisted the historical record in ways that risk distorting public understanding of the genocide.

Critics say “The Nursery,” which is based on a daring rescue operation to smuggle hundreds of Jewish children out of Amsterdam and describes itself on its cover as a “real-life story,” contains dozens of historical inaccuracies. Chief among them is its description of the Jewish Council, a body created by the Nazis to assist in the murder of Dutch Jews but the book describes as an organization established to “make Jews strong together.”

Esther Gobel, a staffer at the National Holocaust Museum of the Netherlands and the author of several nonfiction books on the Holocaust, termed that mistake “just awful” in an interview published Thursday in the Het Parool daily.

“The Jewish Council was set up by the Nazis as a tool to carry out anti-Jewish measures,” Gobel told the newspaper.

Gobel said she welcomed the effort to expose new audiences to the story, “but it needs to happen in the right historical context and accuracy, especially amid rising Holocaust denial and anti-Semitism.”

The author, Elle van Rijn, a non-Jewish soap opera actress turned novelist, told Het Parool that she was “deeply hurt” by the criticism and called it “unfair.” Van Rijn said she had shared drafts of the book with some of the critics now making the complaints and they had signed off on it.

“I wanted to describe this history with the utmost attention to details,” she said.

Hollands Diep, van Rijn’s publisher, said it “fully stands behind the book,” which Elco Lenstra, a company spokesperson, stressed was being marketed as a novel.

“Anyone is free to write a novel about any subject,” Lenstra told Het Parool.

“The Nursery” — or “De Creche” in Dutch — has appeared at a time of continued popular interest in the Holocaust. Michael Berenbaum, a former project director at the U.S. Holocaust Memorial Museum, said in a 2016 interview that the continued glut of Holocaust literature disproves the existence of “Holocaust fatigue.”

Yet as more storytellers choose to address the subject in their work, some are raising concerns about a waning commitment to factual accuracy.

“There seems to be more and more books based on the story of Auschwitz that are not researched properly,” Pawel Sawicki, press officer and educator at the Auschwitz Memorial, told the Irish Times in an interview earlier this year.

“The problem is that readers think, especially when the book is advertised as based on a true story, that everything in the book is accurate and true when in many cases it isn’t,” he added.

Van Rijn’s novel is based on the rescue operation led by Johan van Hulst, who worked at a Protestant religious seminary in Nazi-occupied Amsterdam. The Germans opened a nursery to intern Jewish children in a building adjacent to the seminary while holding their parents across the street at the Hollandsche Schouwburg theater, which the Germans had converted into a prison.

Starting in 1942, a plan was hatched to transfer the children from the nursery, which was run by Jewish staff, across the fence it shared with the seminary, and from there to safety in the countryside. It was by far the largest single rescue operation of Jews in the Netherlands.

Among the other inaccuracies critics have cited is the setting of a Jewish wedding at a department store that Jews were forbidden to enter at the time. The book also represents Henriette Pimentel, the nursery’s director and a key player in the rescue operation, as a lesbian, though there is no factual basis for this. The book also states that she began neglecting some children because she was charmed by a baby named Remi to whom she devoted all of her attention.

The daughter of Sieny Cohen, a nursery volunteer who was part of the rescue operation, also complained about the book, demanding that it be reprinted without her mother’s story and the qualification that it tells a true story.

“This misrepresents my family,” Greta Cune said. “My father’s described as some uncouth guy from Rotterdam, my grandmother as indifferent to deportations. It’s deeply upsetting.”