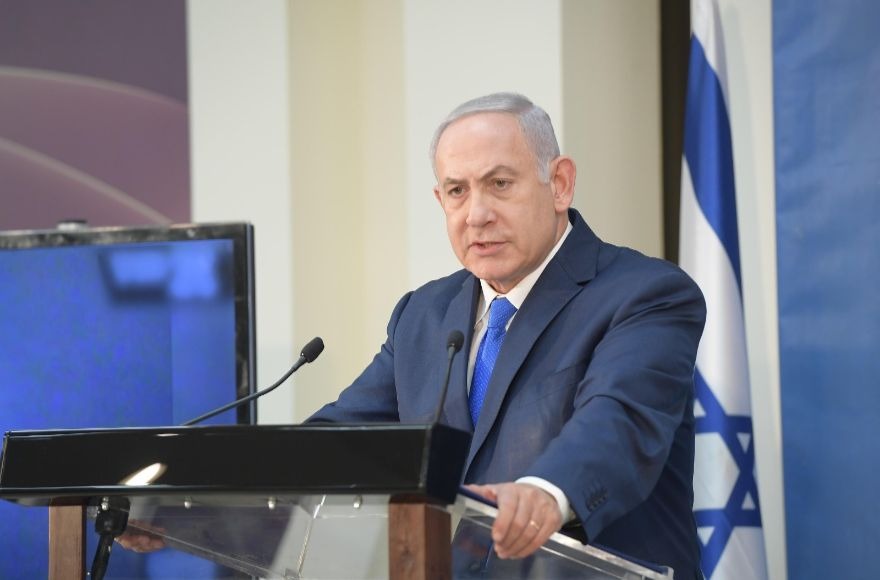 “Capturing parts of the Galilee by Hezbollah is a concrete threat,” Netanyahu said in a televised news conference from the country’s defense headquarters in Tel Aviv about Israel’s operation to shut down the tunnels. “The operation will continue until the outcome is achieved.”

Netanyahu said the tunnels are being built by Hezbollah “with one purpose in mind — to attack and murder innocent Israeli men, women and children.” He added that “Lebanon bears a heavy responsibility for allowing such acts terror on its territory.”

He noted that the tunnel was built in a civilian neighborhood in southern Lebanon.

“I have a message for the people of Lebanon: Hezbollah is putting your lives in danger. They are sacrificing your well-being to serve the aggressive purposes of Iran,” Netanyahu said. “Israel holds the Lebanese government accountable for all terror activity emanating from Lebanon against Israel.”

The prime minister said that U.S. Secretary of State Mike Pompeo agreed during their meeting in Brussels on Monday to levy sanctions against Hezbollah, an Iran-backed terrorist militia.

Netanyahu showed reporters a video of the first tunnel that was destroyed on Tuesday, which originated in a private home in Lebanon and stretched 40 yards into Israel. The video shows Hezbollah operatives in the tunnel, walking underground across the border, known as the Blue Line, to inspect a small camera snaked into the tunnel from the Israeli side. The men run back through the tunnel as explosives in the camera go off.

The 6-by-6-foot tunnel included a ventilation system, electrical wiring and communication lines. It was dug from under a house in the village of Kafr Kila and crossed into Metulla in northern Israel.

Israel Defense Forces Chief of Staff Lt.-Gen. Gadi Eisenkot said at the news conference that the operation, dubbed Northern Shield, will last several weeks and that civilians should go about their daily routine and even visit the north.

He said the operation was approved early last month and launched Monday night launched before the tunnels actually were operational and “became an immediate and direct threat to northern communities and army bases.”

U.S. National Security Adviser John Bolton in a statement released late Monday night said that the United States “strongly supports Israel’s efforts to defend its sovereignty, and we call on Hezbollah to stop its tunneling into Israel and to refrain from escalation and violence.”

“More broadly,” he said, “we call on Iran and all of its agents to stop their regional aggression and provocation, which pose an unacceptable threat to Israeli and regional security.”