Here are the issues Israelis had in mind when voting 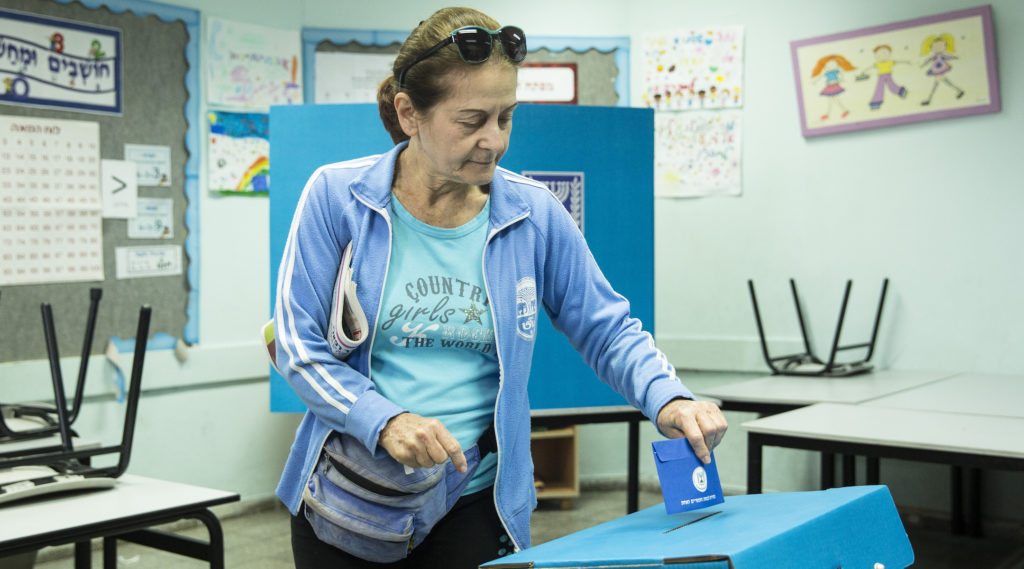 (JTA) — Benjamin Netanyahu won the election. Benny Gantz, his rival, came close but lost. That much we know.

But why did Israelis vote the way they did on Tuesday? What issues drove the prime minister’s victory?

We took a look at a recent survey that examined Israeli voter attitudes. Here are some of the highlights based on data published last month by the Israel Democracy Institute.

Israel can seem like a country that is perpetually obsessed with security, terrorism, war and peace. But the survey showed that for both Israeli Jews and Arabs, bread-and-butter issues were most on their minds in the voting booth. Approximately one quarter of both groups said their “party’s position on socioeconomic issues” was their main consideration in voting.

The second-most important consideration wasn’t an issue at all, but rather the person who stood at the head of the party. That tracks with much of the campaign news in Israel, which focused on the Netanyahu-Gantz rivalry. Gantz, of the newly formed Blue and White party, tried to put Netanyahu’s corruption scandals front and center, and the Likud leader tried to paint Gantz as not up to the task of governing in the most volatile region on the planet.

Only then does war and peace appear — in third place. Just 19 percent of Jews and 3 percent of Arabs prioritized their party’s “position on foreign and defense issues,” according to the survey.

Here’s the complete response to the survey’s question of “What is your main consideration in voting”:

Of course, this was the case a month before the elections, and Israelis are known to change their minds at the last minute (they also tend to be particularly untruthful during exit polling after voting).

Additionally, another often-cited poll, conducted by Mitchell Barak of Keevon Strategies before Tuesday’s vote, showed security issues were the No. 1 topic for voters. As CNBC’s Jason Gewirtz wrote last Friday: “In every Israeli election since 1948, the top issue has been security.”

But Israel’s economy is also stable and in its 16th year of upward economic growth. Housing prices are high, but its stock market is booming.

Still, it might be worth taking it all with a grain of salt. Gideon Rahat, director of political reform at the Israel Democracy Institute, says that even though Israelis say they vote on issues, they mostly vote based on how religious they are. More religious voters tend to support parties in the right-wing bloc and secular ones support center-left parties.

“If you look at the demographics, it’s clear that people vote according to their social identity and maybe later on they justify their choice by relating to issues or by relating to the specific properties of the leader of party,” Rahat told the Jewish Telegraphic Agency.

Israelis were conflicted this election.

Half of Israelis said it was harder for them to decide how to cast their vote this year than in previous years due to the sweeping changes in the political landscape.

Among the most conflicted were those identifying with the right-wing Jewish Home party. That pro-settlement party saw some upheaval in recent months after Netanyahu brokered a deal to merge it with Jewish Power, a far-right party led by disciples of the late Rabbi Meir Kahane. Kahane’s previous party, Kach, was banned from the Knesset under a Basic Law outlawing incitement to violence and later exiled entirely in Israel.

Jewish Home’s former leader, Naftali Bennett, also broke away from the party to form a new one months before the election.

However, Rahat said that though parties tend to shift in certain ways, which may prompt voters to feel conflicted about how to cast their ballots, the actual governing blocs remain similar in makeup at the end of the day. Netanyahu’s coalition may not include any new parties this time around.

“When I looked at results of the election, I was kind of shocked to see how it’s similar to previous election in terms of blocs,” he said.

Arab voters weren’t feeling too confident in the integrity of the election.

The integrity of the election was on many voters’ minds — especially among the country’s Arabs.

The distrust in the vote showed in the Arab voter turnout, which was historically low — nearly half the traditional rate.

The difference is also striking in light of news Tuesday that Likud had placed some 1,200 cameras in polling stations in Arab communities. Netanyahu said that they had done so to “ensure a fair vote,” but Arab Party head Jamal Zahalka called the cameras “an illegal measure meant to scare away voters.”