He produced the Rolling Stones, Bob Dylan and John Mayer. Now he’s adding a rabbi’s music to his resume. 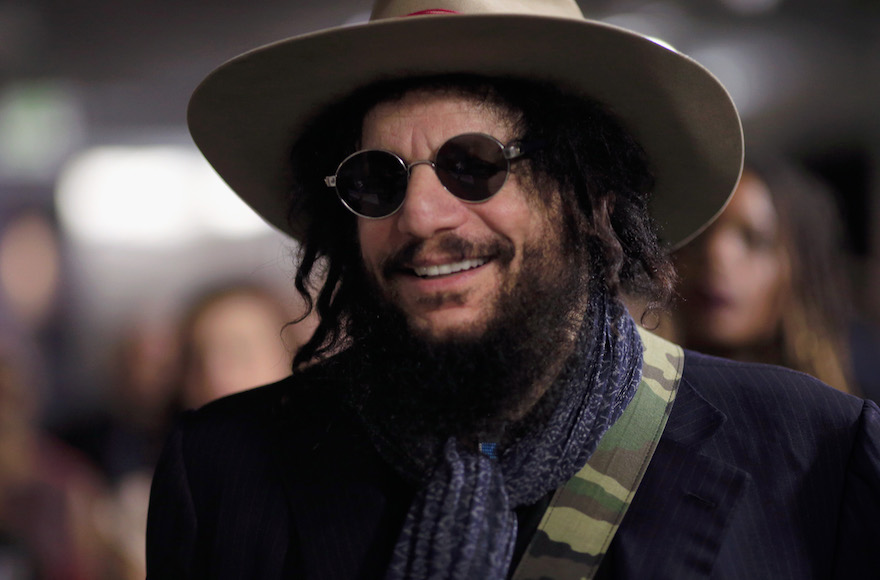 (JTA) — Three years ago, Don Was walked into a Jewish service in Los Angeles without high expectations. Was, born Don Fagenson in Detroit, is a producer who has worked with musicians like John Mayer, Bob Dylan and Bonnie Raitt. Since 2012, he has also been the president of Blue Note Records, the historic and acclaimed jazz record label.

Since his bar mitzvah in 1965, he has rarely stepped into a synagogue.

But his aging father, who was getting remarried, was set to be honored by his beloved egalitarian congregation and wanted his son to be there. He also wanted him to see the congregation’s live band, which played at its monthly service.

The congregation, named Nashuva (or “We will return” in Hebrew), is the creation of Naomi Levy, a Conservative rabbi who was among the first women ordained by the Jewish Theological Seminary in the mid-1980s. The 10-person band, which has mostly stayed the same over the congregation’s 14-year lifespan, is a diverse amalgam of cultures and musical traditions, boasting Filipino, Ethiopian and other Jewish and non-Jewish members from the local community. Levy isn’t a musician by trade, but she sings in the band and helps write the melodies.

Was was quite impressed by the band’s music at the service and approached Levy afterward, telling her that she should record its sound. They became friends and, six months later, Levy and the band found themselves in the famous Apogee Studios in Santa Monica, California.

“I was pretty knocked out by the fact that she took these profound prayers and transferred them in a way that everybody in the room could relate to, and it was a very uplifting evening,” Was told JTA over the phone from Los Angeles.

The result of the Apogee sessions was “Heaven on Earth: Songs of the Soul,” an album released earlier this month that puts 13 Jewish prayers to a mix of African-inspired world music beats and calming folk melodies. Was and Rolling Stones recording engineer Krish Sharma assisted in the recording, which was mixed by Grammy Award winner Ed Cherney.

In the studio, each song took at most two takes, a testament to how practiced the musicians were. Was invited congregants to lend their voices and fill out the sound, and at times the studio was so full that they had to sit on the floor.

Was, speaking just after completing a lengthy U.S. tour as part of a band backing Grateful Dead guitarist Bob Weir, compared the effects of the music played by Levy’s band with what Weir evokes. He described the feelings that Weir would produce when playing the Dead’s classic song “Ripple” during encores — Was could see members of the audience crying and hugging.

“I thought Naomi was doing the same things with these prayers that had been around forever,” Was said. “She made them resonant in a really relevant way, which is not a small feat.” 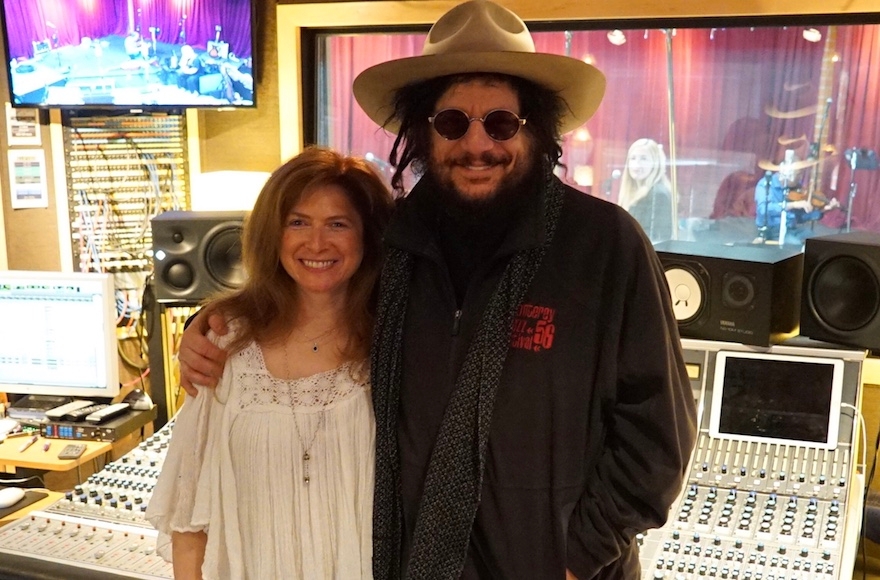 Was and Rabbi Naomi Levy in Apogee Studios in Santa Monica, Calif. (Courtesy of Levy)

The Nashuva band’s music is full of big, catchy melodies, which Levy said is part of the congregation’s larger goal of attracting unaffiliated Jews who don’t realize they are yearning for spiritual fulfillment. When Levy worked previously as a rabbi at a Conservative synagogue in Venice Beach, she’d see many stragglers poke their heads in to Saturday morning services but leave after a few minutes.

“I found myself more and more drawn to the Jewish outsider, I wanted to learn what they were about and how to reach them,” she said. “They haven’t found God or a soulful experience in synagogue. They find it in yoga class or at their zen center, but they haven’t found it in Judaism.”

Now Nashuva, which relies on volunteer help and grassroots donations, draws about 400 people at the monthly services and streams High Holiday programs to 70,000 around the globe.

Was’ father, Bill Fagenson, who passed away earlier this year, was among Nashuva’s biggest fans. Was said his father became less interested in Judaism as Was grew up, but Nashuva’s message spoke to him, and he had a late-in-life return to the fold.

Thus Was post-bar mitzvah wasn’t exposed to much of any Jewish life. But he received a great musical education growing up near Detroit in the ’60s, which attracted all kinds of musical legacies thanks to its auto factories. Workers from all backgrounds migrated up to work in the factories and brought their favorite genres with them — from blues to jazz to country western.

In 1979, Was and his friend David Weiss — a fellow secular Jew — formed Was (Not Was), a quirky band that melded pop, funk and rock and experienced some album chart success by the late ’80s. He built a producing resume at the same time, and by 1994 won the Grammy for producer of the year. (He has won three other Grammys and produced albums by artists ranging from the Rolling Stones to Neil Diamond to former One Direction pop star Niall Horan.)

Was hasn’t exactly returned to religion the same way his father did, but he attends a Nashuva service when he has time in his busy schedule and happens to be in L.A.

“She created a great vibe,” he said of Levy. “And it’s what you try to do with all music, really, is to improve the quality of the listener’s life, help them understand something about life.”