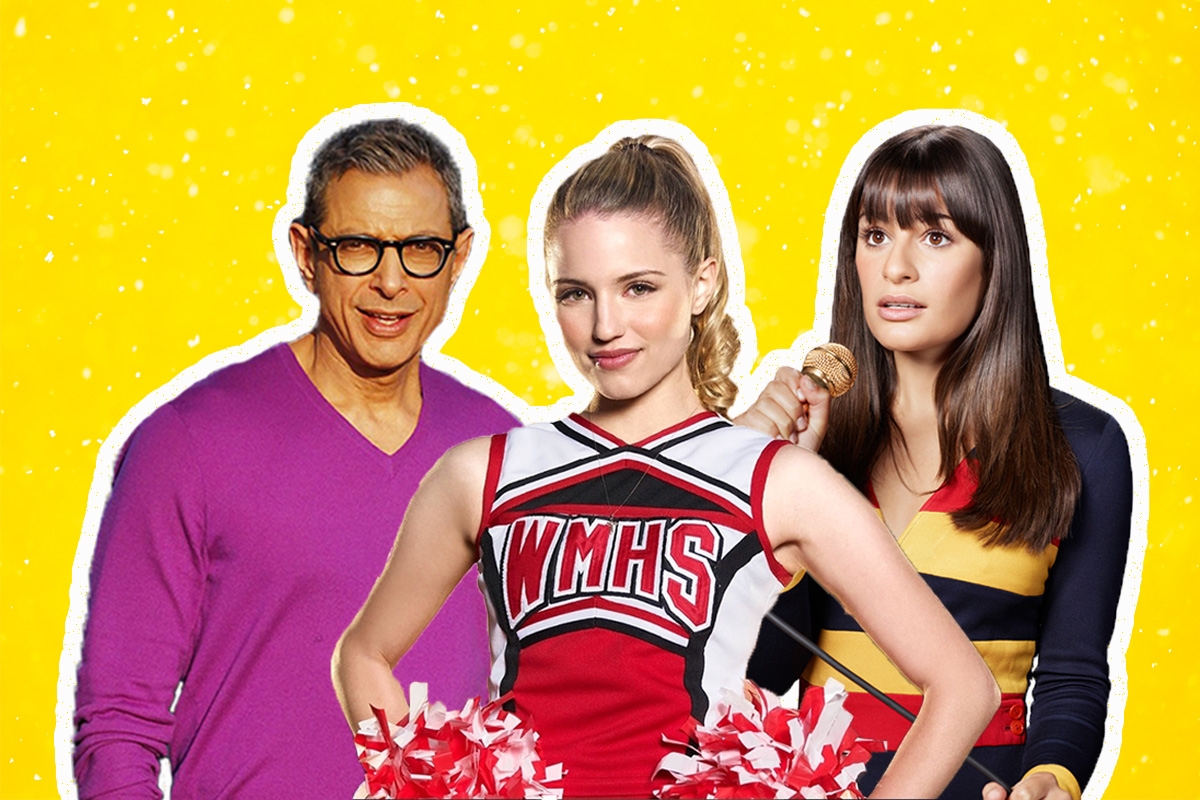 As a former theater kid, “Glee” was my favorite show in my adolescent years and — admittedly — I still listen to its covers of classics and newer pop songs to this day. So as someone who now binge-watches Netflix to my heart’s content, I was very happy to see that “Glee” is now available on that platform about a decade after its very first episode aired.

I loved watching the characters in New Directions, McKinley High School’s show choir, develop because I could see so many similarities between them and some members of my own theater groups in middle and high school.

And while the show may not seem overtly Jewish, I’m here to say it’s Jew-ish. While Jewish themes are not as present as in, say, “Crazy Ex-Girlfriend“or “Broad City,” Rachel Berry was one of the first Jewish teen protagonists that I saw growing up, which meant a lot to me as a Jewish theater kid.

But it’s not just Rachel, a major character, who makes it fairly Jewish. In honor of “Glee” finally making it to Netflix, here are 12 Jewish facts about the show — some you probably know and some you probably don’t.

1. Rachel Berry is Jewish. In the episode “Preggers” in the first season, Rachel argued that she should be given the role of Maria in “West Side Story” because, like her, “Natalie Wood was a Jew, you know. I have had a deep, personal connection to this role since the age of 1.” This was somewhat of a frustrating introduction to her character’s Jewishness, as Rachel seemed to only announce her religious background in order to get a role. In general, Rachel was a positive character to me because of her bold ambition, but I wish I got to see her embrace her Jewish heritage and culture a little more onscreen.

2. Lea Michele, the actress who plays Rachel, was raised in an interfaith Jewish-Catholic family. In “The Cast of Glee” episode of “Inside the Actors Studio,” Michele said that she was “raised Catholic.” But in the genealogy television series “Who Do You Think You Are?”, Michele learned about her Sephardic Greek ancestry and the problems her family faced immigrating to the United States in the early 20th century.

3. In the episode “Born This Way,” Rachel considers getting rhinoplasty after feeling insecure about her “Jewish nose.” Her friends try to help her accept her nose, with Kurt Hummel (played by Chris Colfer) pointing out that one of her Jewish idols, Barbra Streisand, publicly refused to get a nose job. In the end, Rachel decides to pass on the plastic surgery.

4. Co-creator Brad Falchuk is Jewish. Both his parents are Jewish, and his mother is a former president of Hadassah Women’s Zionist Organization of America, one of the largest international Jewish groups. He met his now-wife Gwyneth Paltrow when she was a recurring character, Holly Holiday, on “Glee.” (Fun fact: Paltrow herself is descended from a long line of rabbis from Krakow, Poland!)

5. While the character Quinn Fabray is Catholic, the actress who plays her, Dianna Agron, is Jewish. Agron was raised in a religious household and said she was “severely bullied for being Jewish” when she was younger in an interview with Coveteur.

6. In the episode “Glee, Actually,” Jewish half-brothers Jake and Noah Puckerman sing the traditional song “Hanukkah, Oh Hanukkah.” At the end of their performance, both brothers get Star of David tattoos on their left shoulder.

7. Jewish singer and “American Idol” alum Adam Lambert guest starred in Season 5 as Elliot Gilbert, a New York University student who joins the cover band Pamela Lansbury, which also features Kurt, Rachel, Santana (Naya Rivera) and Dani (played by Demi Lovato). In a Q&A with the Jewish Journal in 2009, Lambert describes his Jewish family — his mother is Jewish, his dad is not — as “diet Jews” because, while he grew up celebrating Jewish holidays, he did not have a bar mitzvah and does not speak Hebrew.

8. Rachel’s biological mother Shelby Corcoran — she has two gay dads — is played by Jewish Broadway legend Idina Menzel. Before making her Broadway debut as Maureen Johnson in “Rent,” Menzel was a bar mitzvah performer from age 15 through college — she attended ” While I know Menzel from Broadway soundtracks — including her performance as Elphaba from “Wicked — she is now probably best known, at least among the younger set, as the voice of Elsa from “Frozen.”

10. One of Rachel’s adoptive fathers, Hiram, was played by Jewish actor Jeff Goldblum. In the last season, Hiram and his husband, LeRoy (Brian Stokes Mitchell) were getting a divorce. Goldblum was raised in a Jewish home in Pittsburgh and belonged to an Orthodox synagogue.

11. For a Jewish character, Rachel sure sang a lot of Christmas songs, including “O Holy Night,” a “Last Christmas” duet with Finn and a rendition of “Merry Christmas Darling.” In comparison, she didn’t sing any Hanukkah songs. Boo.

12. As with any Jewish or Jew-ish show, “Glee” had a bar mitzvah episode. New Directions was hired to perform at the bar mitzvah of the superintendent’s nephew and sang “Break Free” by Zedd, aka Anton Zaslavski, who has Jewish parents. The lack of bar mitzvah ceremony rituals shown in the episode was disappointing, to be honest. Fortunately the party — like every young Jew who has a bar or bat mitzvah hopes — looked like a blast.