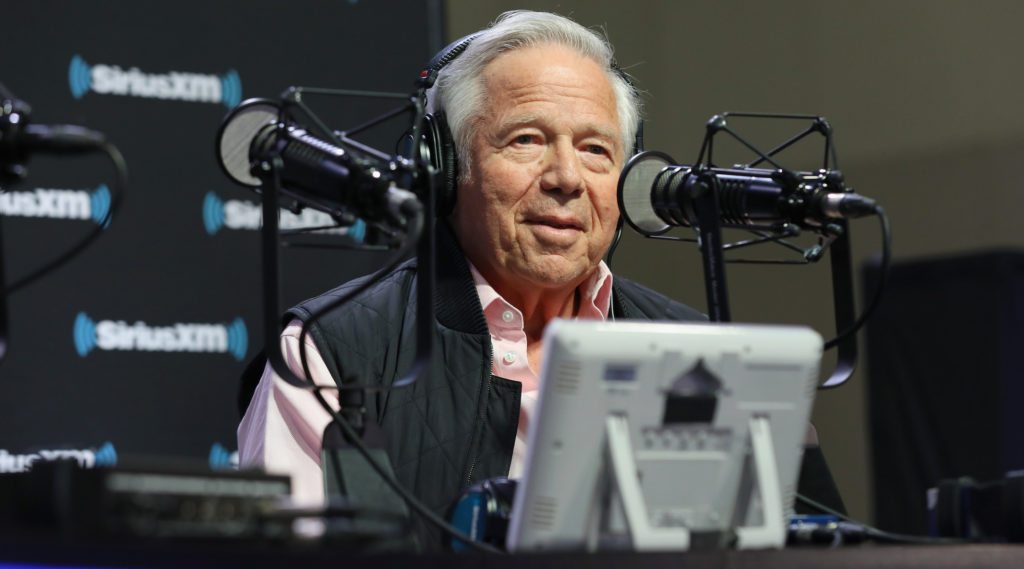 (JTA) — The Genesis Prize said it was still giving its 2019 “Jewish Nobel” award to Robert Kraft despite the New England Patriots owner being charged with soliciting a prostitute.

Genesis Prize Foundation chairman and co-founder Stan Polovets called the allegation “unfortunate” but threw his support behind Kraft in an interview in the Jerusalem Post “written in cooperation with the Genesis Prize.”

“Through a spokesman, Robert has categorically denied that he engaged in any illegal activity,” Polovets said in the interview published Thursday. “In democratic countries, everyone is entitled to the presumption of innocence and I have no reason to doubt Robert’s word. He has my and my partner’s, Morris Kahn’s, full support.”

Polovets said the prize ceremony will take place as scheduled on June 20 in Jerusalem, with actor Matin Short serving as host.

The prize foundation told the Jewish Telegraphic Agency that it had no further statement.

On Thursday, Kraft entered a plea of not guilty to two counts of soliciting prostitution in Florida, court records show. The 77-year-old was one of some 100 men caught up in a police sting at a string of massage parlors in South Florida.

In the Jerusalem Post interview Polovets lauded the Jewish billionaire for his philanthropic giving, calling him “a highly deserving laureate.”

Over decades, the Kraft family has given more than half a billion dollars to causes including health care, education, the Jewish community, Israel, Christian organizations and local needs. Institutions that bear his name include the Kraft Center for Jewish Student Life at Columbia University/Barnard College, the Kraft Family Stadium in Jerusalem and the headquarters of the Combined Jewish Philanthropies of Greater Boston.

Kraft was awarded the Genesis Prize a year after its previous laureate, actress Natalie Portman, refused to attend the prize ceremony in Israel because of her objections to the policies of Prime Minister Benjamin Netanyahu. The actress was able to keep the honor, but the $1 million in prize money, which recipients are expected to donate to causes of their choice, was distributed instead by the foundation to women’s empowerment programs of their choosing.

The year before, the prize ceremony was canceled after the 2017 winner, artist Sir Anish Kapoor, said it would be “inappropriate to hold a festive ceremony” in Jerusalem with the civil war in Syria raging so close by.