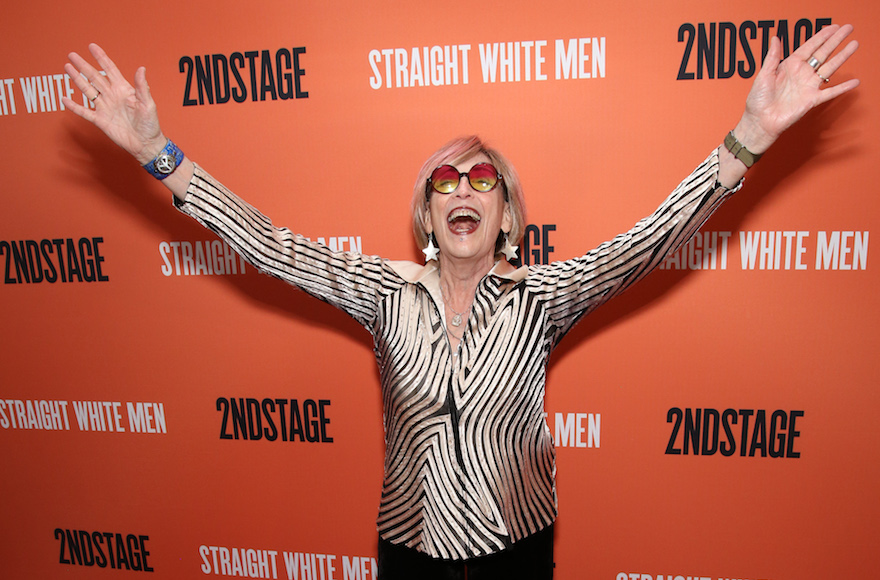 There’s an unusual cacophony of rap music and flashing lights in the theater during the preshow. As audience members filter in, Bornstein, a pioneering author, activist and performing artist who uses the personal pronouns “they” and “them,” reassures everyone that the music will end and the show will start soon. Bornstein, who is tall, 70 and looks far younger, even offers earplugs to those who want them.

“I’m from the Oneida and Ojibwe nations,” Ty says. “My gender identity is Niizhi Manitouwug, which means transcending gender in the Ojibwe language.”

“Me, I’m a Jew from the Jersey Shore,” Bornstein responds. “And I’m what’s called nonbinary, which means not man, not woman in the English language.”

They welcome the audience, pointing out that viewers are now “well aware” of how upsetting it can be when people create environments that don’t take the needs of others into account.

It is a confusing and confrontational beginning to a play that has received largely positive reviews. (The New York Times named it a Critic’s Choice.) “Straight White Men” is the story of three brothers (played by Armie Hammer, Josh Charles and Paul Schneider) who spend Christmas with their widowed father. The oldest, Matt, a graduate of Harvard and Stanford, has returned home to live with his dad and do boring temp work. His more successful siblings don’t understand why he doesn’t take advantage of all he’s been given, can’t believe he is happy and argue over whether he needs psychological help.

The additions of Ty and Kate — they were not in the original versions of the play, which debuted off of Broadway in 2014 — adds another level of complexity. They’re a kind of mini Greek chorus, supervising the stagehands, leading cast members into their places on stage and acting as consistent reminders that straight white men are not the only people to pay attention to. (The parts were specifically written for Bornstein and Defoe by playwright Young Jean Lee, who happens to be the first female Asian-American to have a play produced on Broadway.)

Bornstein, who was born male (they prefer not to give their male birth name) to a doctor father and first-grade teacher mother, is in fact a Jew from the New Jersey Shore, near Asbury Park. Though the family was not particularly observant, Bornstein attended Hebrew school and had a bar mitzvah. The performer remembers an Uncle Julian who hosted seders for “all the Bornsteins.”

Bornstein was floored when asked to audition for the show, which runs through Sept. 9 — but also confused at first because of the play’s title.

“I thought, ‘I’ve been misgendered before, but this seems extreme,’” Bornstein recalled.

Today, transgender rights and gender nonbinary identification are part of mainstream social discourse. But Bornstein, author of the books “Gender Outlaw” and the memoir “A Queer and Pleasant Danger,” had become a prominent activist on the subject years beforehand, in the 1990s. 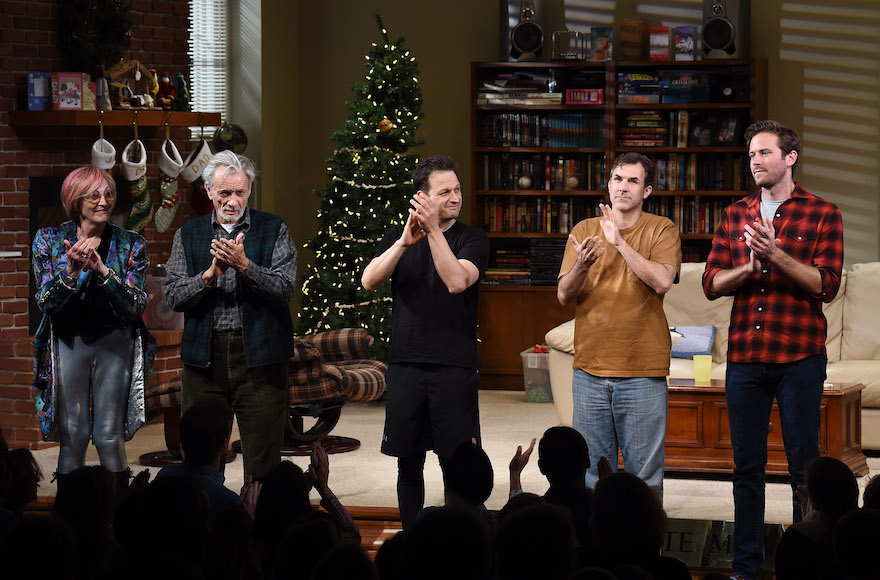 The story of how Bornstein reached this point is full of enough twists and turns to fill a long biopic. It all started in nursery school.

Like the main characters in the play, Bornstein understood that boys were expected to behave in a certain way.

“I was a good actor. I saw what I was supposed to act like. I watched the other boys. How they moved. How they talked. There really was no other resource. It all felt like a lie,” Bornstein said. “That was the painful part, if you can imagine, every single day you’re lying all the time.”

In the ’60s and ’70s — as Bornstein puts it, the times when “everybody wanted to change the world” — they enrolled in graduate school and studied acting. But they eventually left school intending to drive across the country in search of meaning. Borsntein spent time with Amish and Bahai people before finding solace at a Church of Scientology site in Denver. Scientology cared about the mind, not the body, and that attracted Bornstein — who was still seen as male and struggling internally with identity issues.

Bornstein joined the church, married a female member, had a daughter and became a high-ranking officer on a Scientology cruise ship. But about a dozen years in, Bornstein claims to have discovered that the church’s founder, L. Ron Hubbard, was embezzling funds. (The church has long denied similar allegations of financial impropriety.) So Bornstein quit the movement, leaving their family behind. They haven’t seen their daughter in person for 30 years.

“I know where she is. I’ve seen pictures of her,” Bornstein said. “But she had drunk the Kool-Aid just as I had.”

In 1984, Bornstein’s father died, and that released them to start the process of gender reassignment.

“My father was not an observant Jew, but he was very Jewish,” Bornstein said. “His favorite play was ‘Fiddler,’ and you know that scene where Tevye rends his clothing [when daughter Chava marries the Christian man Fyedka], that’s what my father said he would do to me if I ever did something like that. It took my father’s passing. I didn’t have to be the perfect son anymore and I moved forward.”

The problem was that Bornstein felt uncomfortable as a woman, too.

“I watched the way women walked and watched how they were expressing themselves. And after a year I realized I was doing the same thing being a woman that I had done being a man,” Bornstein said. “I realized I’m not a woman either and that was a big breakthrough point for me.”

In the mid-1990s, while identifying as female, Bornstein started writing books about their story and on gender. They also staged performance pieces and did public speaking.

At the end of the day, Bornstein still identifies as Jewish. They attend Beit Simchat Torah, an LGBT-friendly synagogue in Manhattan, and occasionally volunteer at events there for transgender youth.

“My personal spiritual path has taken me more to a Buddhist philosophy, so I have shifted in that way,” Bornstein said. “But I know that I’m first and foremost a Jew, and always will be a Jew.”