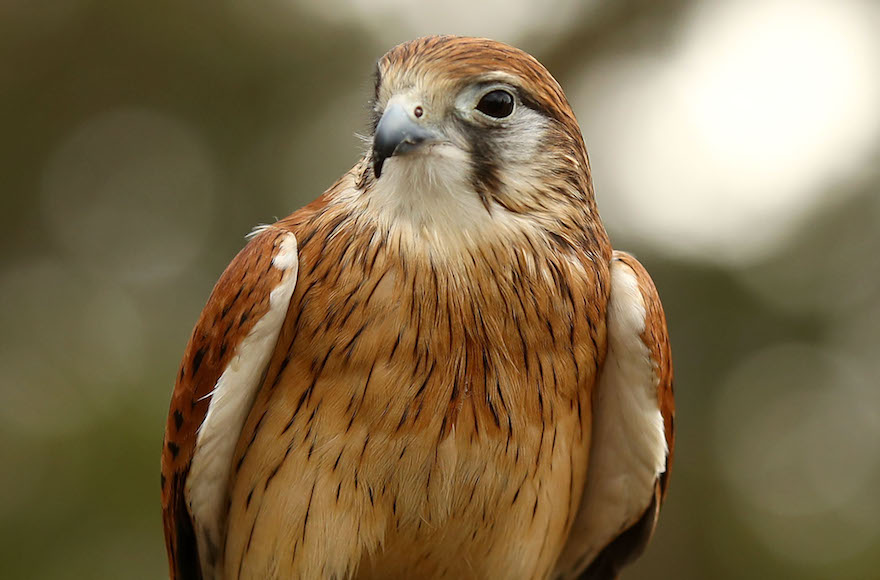 JERUSALEM (JTA) — First it was kites and balloons. Now Gaza Palestinians are using birds to set fires in southern Israel.

On Monday afternoon, Israel Nature and Parks Authority personnel found a kestrel, a member of the falcon family and a common bird in Israel, hanging from a burned tree wearing a harness attached to a wire wrapped around flammable material.

The bird was discovered after workers put out a fire that had broken out in Habesor National Park.

It was the first time that an animal has been used to ignite fires, according to a statement from the Israel Nature and Parks Authority.

The authority said it was considering the possibility of filing a complaint – under the appropriate international treaties – over the use of an animal for terrorism.

At least eight large fires burned in southern Israel near the border with Gaza on Monday.

Meanwhile, on Monday evening, Israel announced it would again close the Kerem Shalom crossing, the only crossing for commercial goods and the main crossing for humanitarian aid between Israel and Gaza, after a rocket was fired into southern Israel earlier in the day despite a cease-fire declared by Hamas late Saturday night.

The closure, which cuts off fuel and gas supplies to the coastal strip, will remain in effect until Sunday, the Defense Ministry announced. Food and medicines will continue to be allowed to pass through the crossing to Gaza, but each shipment will require individual approval.

“The vindictive steps by Israel reflect the magnitude of the injustice and the crimes that are committed in the Gaza Strip,” Hamas, the terror organization that runs the Gaza Strip, said in a statement. “There will be severe consequences and Israel will have to take responsibility. It will never succeed in influencing the national position to continue the struggle and resistance until we achieve our rights and lift the siege.”

At the same time, Egypt announced that it would temporarily close the Rafah crossing with Gaza due to a technical malfunction.