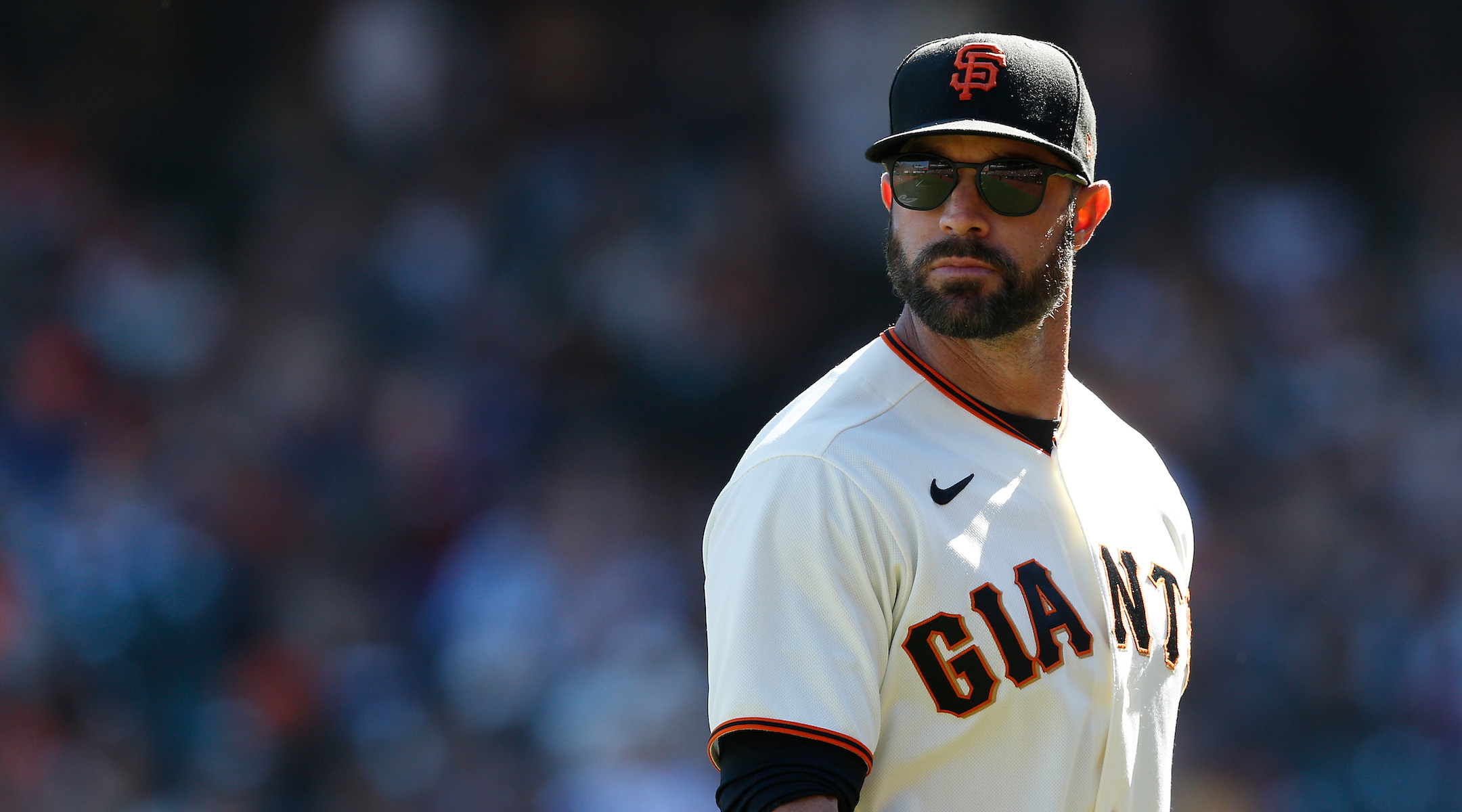 (JTA) — Gabe Kapler, the Jewish manager of the San Francisco Giants, was named the National League Manager of the Year on Tuesday.

In his second year at the helm of the Giants, Kapler guided a team with low expectations entering 2021 to a franchise-record and league-leading 107 wins in the regular season.

San Francisco lost to their division rivals, the Los Angeles Dodgers, in the division series of the playoffs. Kapler’s award is based on the team’s regular season performance.

.@gabekapler led the @SFGiants to a franchise-record 107 wins.

He is your 2021 NL Manager of the Year! pic.twitter.com/c0ixufbM1u

“My goal is obviously to support the players and what their goals are, create an environment that’s helpful for players to grow and develop and for staff members to also grow and develop,” Kapler said after winning the award.

The 46-year old Hollywood, California native has a Jewish tattoo on each leg: a Jewish star on his left leg and “Never Again” — a reference to the Holocaust — on his right leg.

Kapler played for six teams during his 12-year major league career, largely as a role player and backup outfielder. After retiring in 2010, Kapler played and coached for Team Israel in the 2013 World Baseball Classic.

In 2014, Kapler joined the Dodgers as the organization’s minor league system director and became a finalist for the team’s managerial opening a year later. In 2018, Kapler was hired to manage the Philadelphia Phillies, but he was fired at the end of the 2019 season.

Just a month later, Kapler was hired by the Giants. He quickly resurrected his reputation as an analytically savvy manager who easily connected with players. He spoke about playing video games during quarantine, and became the first MLB manager to kneel during the national anthem to protest systemic racism.