From barbecue to rodeo, web series finds connections between Jewish and American cultures

But those are the topics explored in a five-part documentary web series by Oriel Danielson for the Israeli Broadcasting Corp., or Kan — the PBS of Israel — which debuted Thursday.

“Jewish Country” tells the stories of Jews combining their heritage with Americana traditions in authentic ways. In one episode, we meet a motorcycle club called Chai Riders. In the first one, Danielson stays up all night with RaBBi-Q, a Chabad rabbi and barbecue master who lived in Kansas at the time, as they smoke the meat in a parking lot.

“I found out that there is a whole scene of kosher barbecue,” Danielson said, “and there are festivals and there are hundreds of people Jewish people in America who engage in this part of American culture in their own way.”

One episode follows Nefesh Mountain, a husband-and-wife folk duo who write songs with a spiritual bent in English and Hebrew. Jonathan Hochman, the only Jewish bull rider in America, is the subject of his own episode.

The seeds of the idea came to Danielson after writing about the Jewish community of Fort Smith, Arkansas. It got him thinking about rural Jewish culture in America. He began looking for Jewish people in the U.S. engaged in Americana fields. Before the project, he thought of American Jews as situated in New York, Florida and California — not other places in the West, the South and the Midwest.

Seeing people of all backgrounds (Jewish and non-) show up for a Nefesh Mountain concert at an amphitheater in Memphis, Tennessee, was moving for Danielson. Some had maybe never met a Jewish person — a common refrain from Americans he met during his travels. But he sees Nefesh Mountain and the other subjects of his series as breaking down barriers. 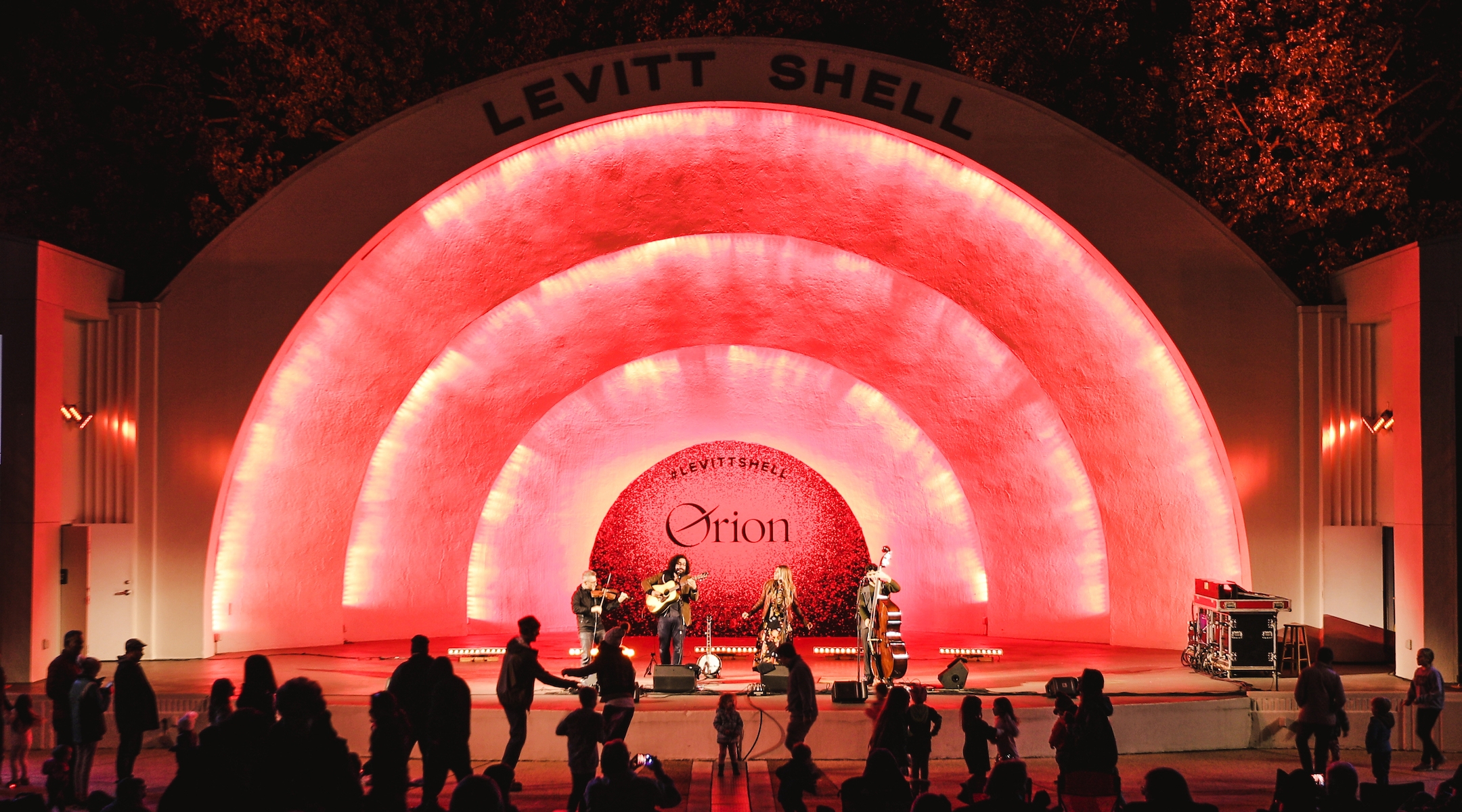 “They’re talking about these things that are not as easy to talk about in those parts of America,” he said, referring to how open the stars of the show are about their religion.

The series also depicts a road trip of two close friends. Danielson’s best friend, Lior Sperandeo, filmed the series, and the viewer can sometimes hear them conversing, which adds a light, fun touch to the episodes.

“We made a huge effort to make the series visually pleasing. It’s a documentary series, but it’s very cinematic,” Danielson said.

He said one of Kan’s priorities is to keep the connection between Israel and the Diaspora strong. The series is in English and Hebrew with English subtitles. 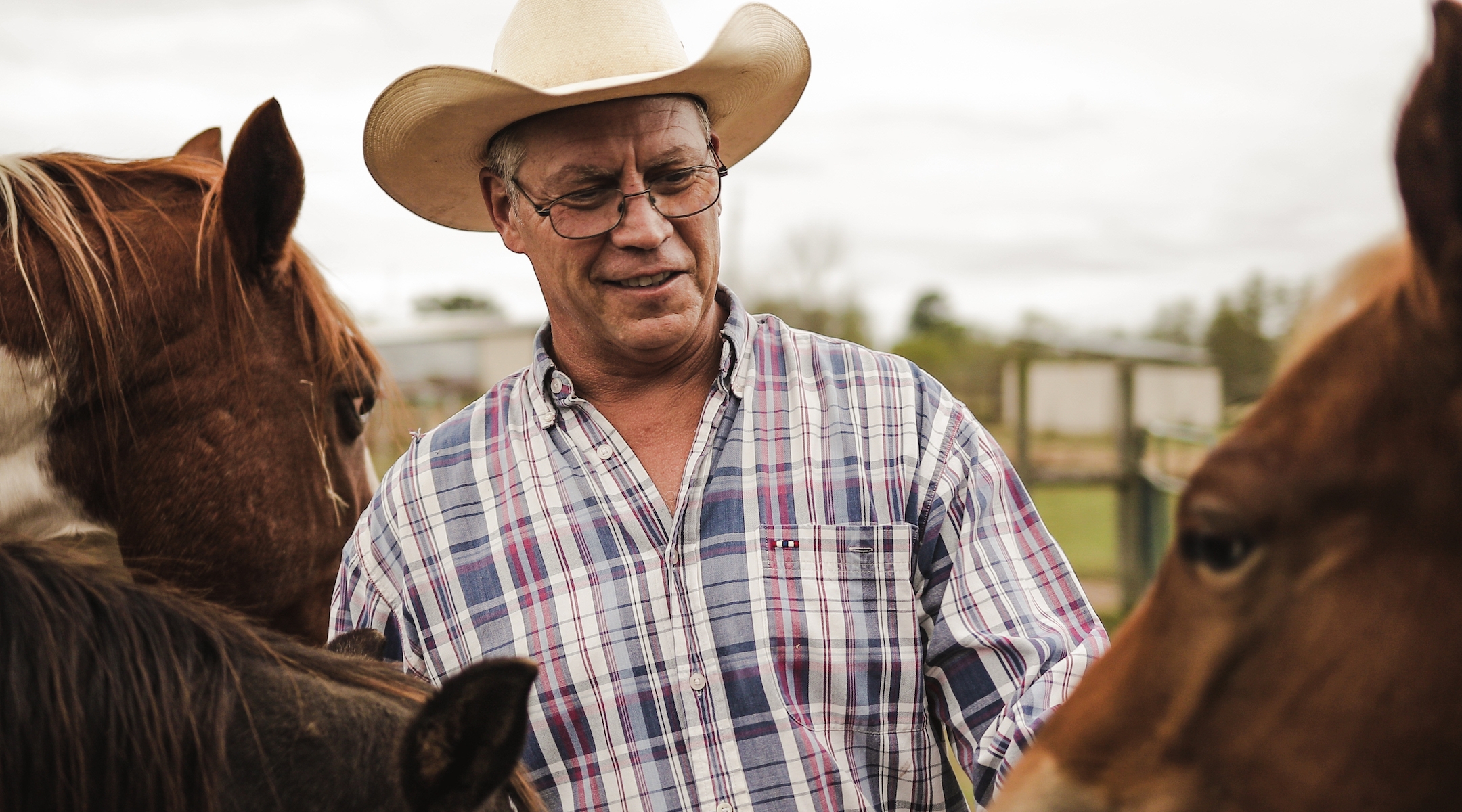 Jonathan Hochman, the only Jewish bull rider in the U.S., is featured on the Israeli Kan network’s web series “Jewish Country.” (Lior Sperandeo)

“I think this show will be interesting both for Israelis and Americans,” said Danielson said. “And for Jewish people and non-Jewish people, honestly. When two cultures meet, it creates something new and interesting in my opinion.”

Danielson himself comes from two different cultures: His father is Swedish and his mother is Israeli. He was born in Sweden but raised in Israel.

He is a documentary filmmaker whose work includes the short “The Perfect Soda,” but this is the first documentary series that Danielson has produced from start to finish.

For now, “Jewish Country” is a five-episode series. Down the road, however, Danielson hopes to explore the younger generation of American Jews.

“I’m curious about more American pop culture and how young Jewish people in America who are not religious practice and keep their Jewish identity,” he said. “That’s the next step.”