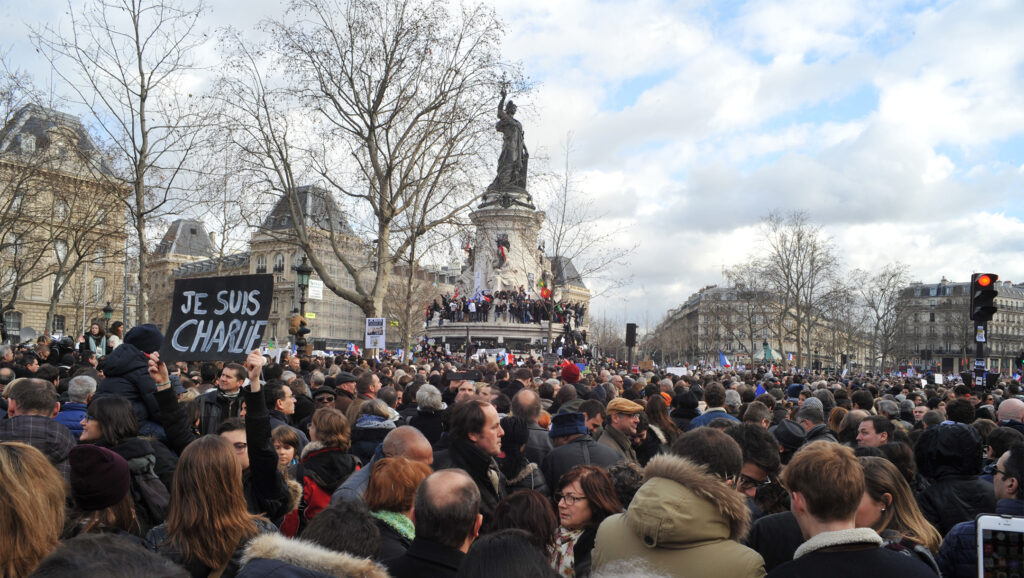 (JTA) — Six years after millions marched across France to protest the killing of 12 people at the satirical magazine Charlie Hebdo and another four at a kosher supermarket, a lawyer for the families of four victims said the sense of solidarity that followed the attacks “has all but dissipated.”

Patrick Klugman, a lawyer representing the families of the four victims of the attack on the Hyper Cacher market on Jan. 9, 2015, made the comment during a commemorative conference online on Monday entitled “Islamist Radicalization and Terrorist Threat.” The conference was organized by Elnet, a nonprofit that works to strengthen ties between Europe and Israel.

The conference was one of a number of events held to mark the anniversary of the attacks. On Sunday, multiple politicians, including Interior Minister Gerald Darmanin, attended a ceremony in front of Hyper Cacher organized by the CRIF umbrella group of French Jewish communities. Four candles were lit in memory of the victims: Yoav Hattab, Yohan Cohen, Philippe Braham and François-Michel Saada.

The supermarket killings came two days after the shooting at Charlie Hebdo on Jan. 7, 2015. The perpetrators of both incidents were killed by police, but 10 of their accomplices were convicted last month in a trial that showed that “the judiciary knows how to prosecute terrorism,” Klugman said.

In the wake of the attacks, the French government organized massive rallies across the country. Over a million people are estimated to have marched in Paris alone.

Former British Prime Minister David Cameron, who attended the Paris march, said during the conference that he was “deeply moved by this act of solidarity, with people carrying signs reading ‘I am Charlie’ and ‘I am Jewish.’”

Manuel Valls, a former French prime minister, said during the conference that the march “symbolized what democracies like France and the United Kingdom have in common, and why they will prevail.”

But Klugman, a former president of the Union of Jewish French Students and a former member of the City Council of Paris, suggested the march likely would not have occurred if only Jews had been killed.

“Previous attacks on Jews, including the 2012 murder of four French Jews in Toulouse and the hurling of grenades into a kosher store that same year were greeted with total silence,” he said.