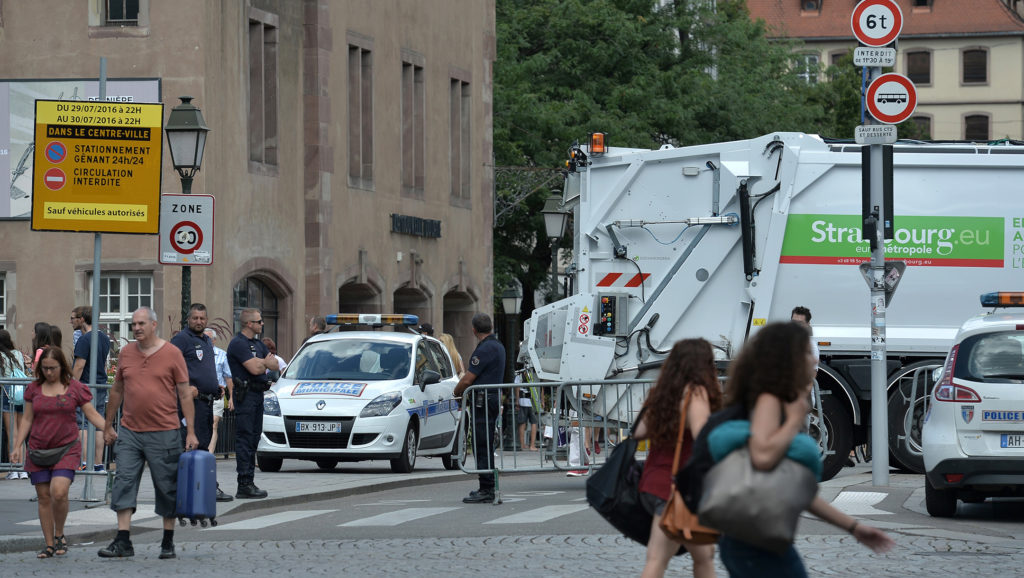 (JTA) — A French-Jewish man who was critically injured in a 2016 stabbing attack by a man who shouted about Allah succumbed to his injuries and died, his lawyer said.

Chalom Levy died on Dec. 29 in an airplane that took him to France from Israel, where he had just celebrated his daughter’s wedding, Actualite Juive reported Thursday. He was 65.

“He had never recovered from the attack, not physically or psychologically,” Levy’s lawyer, Raphael Nisand, said.

The attacker’s blade pierced Levy’s liver and one of his kidneys. The Tribune report suggested that Levy died of complications from that injury but did not indicate the exact cause of death.

The assault was the assailant’s second stabbing of a Jew in Strasbourg, France. He was deemed too mentally ill to stand trial in the first attack, from 2010, the Jewish newspaper reported. After the second stabbing, he was incarcerated for six months and again deemed unfit to stand trial.

The assailant’s name was not reported in the French media and his whereabouts are unknown, Nisand told the DNA local news site.

“This is a man who’s on his second stabbing of a Jew in Strasbourg. What has the judiciary got to say about this?” the lawyer asked. “All traceability of the man is lost when he’s declared irresponsible for his actions.”

Levy’s death, which has not been reported in the mainstream media in France, comes indignation by French Jews at a judge’s decision not to try a 29-year-old man who has confessed to killing his Jewish neighbor in April 2017 in Paris. Kobili Traore, who also shouted about Allah in his attack, killed Sarah Halimi because she was Jewish, the court ruled, but cannot stand trial because he had a “delirious episode” induced by smoking too much marijuana.

Halimi’s case prompted criticism that the French judiciary was reluctant to try Muslim killers of Jews so as not to stoke or draw attention to that phenomenon.

Traore had shouted that a woman had “jumped to her death” after pushing Halimi out of her third-story apartment window. He then tried to flee the scene. At his trial, Traore said he remembered nothing of the event.

In 2015, another Muslim with no prior history of mental illness, Farid Haddouche, was deemed unfit to stand trial for stabbing Jews in Marseille. However, through further inquiries conducted amid an outcry, Haddouche ultimately was sentenced to four years in jail.

In 2003, Abel Amastaibou told his mother that he was “going to heaven” for killing a Jew after stabbing Sebastian Selam to death. Amastaibou, a Muslim, was found unfit to stand trial despite having no prior history of mental illness.