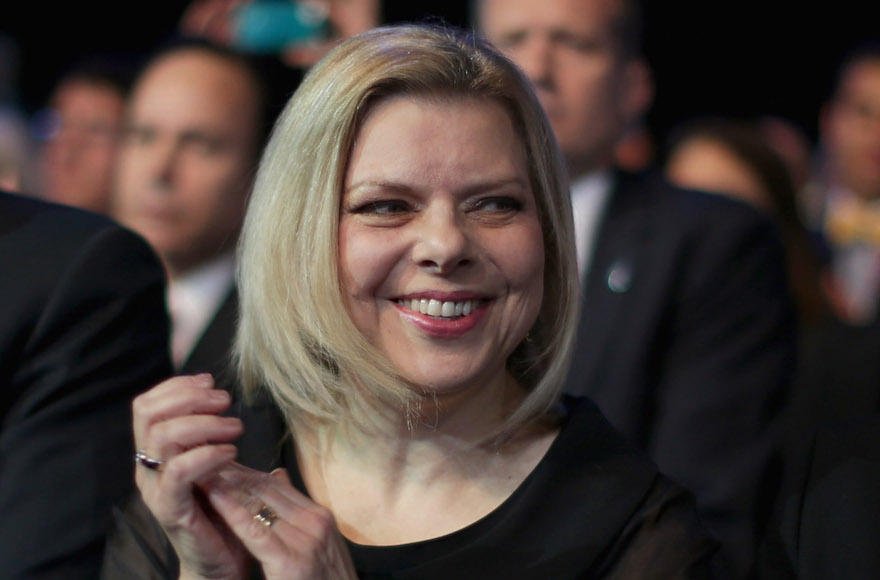 JERUSALEM (JTA) — The trial of Sara Netanyahu, wife of the Israeli Prime Minister, opened in a Jerusalem courtroom.

Sara Netanyahu appeared on Sunday in the Jerusalem Magistrate’s Court where she is on trial in the so-called Prepared Food Affair, charged with fraud and breach of trust.

She is accused of ordering some $96,000 worth of private meals from high-end restaurants rather than using the residence’s cook to prepare meals.

Ezra Saidoff, a former deputy director general of the Prime Minister’s Office, also was indicted on similar charges as well as falsification by a public servant.

The meals were ordered from gourmet restaurants between 2010 and 2013 in violation of rules that prevent those living in the prime minister’s residence from ordering meals from the outside when there is a cook on staff.

The investigation began in 2015 after the State Comptroller’s Office issued a report on the Netanyahu family household expenses.

The prosecution during the hearing on Sunday requested that an expanded panel of three judges preside over the case due to its public significance.

The Netanyahus have denied any wrongdoing, and accused Israel’s public broadcaster of airing “fake news” and “a campaign of character assassination.”