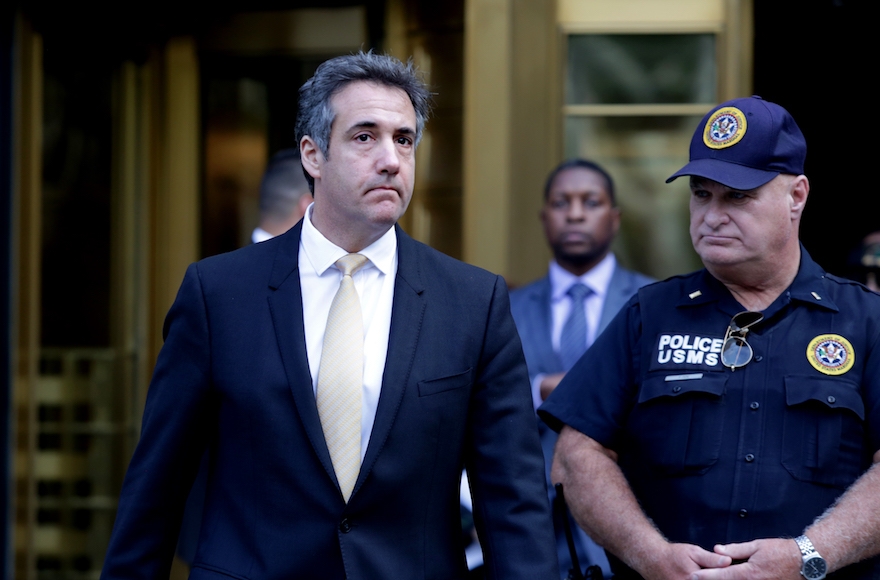 NEW YORK (JTA) — Michael Cohen, the former lawyer to President Donald Trump who pleaded guilty to criminal charges, has changed his party registration back to Democrat, according to a report.

Cohen made the change from the Republican Party on Thursday, Axios reported, citing “a knowledgeable source.”

Last year, he had changed to Republican when he agreed to serve as the GOP’s deputy finance chair.

In August, the Jewish attorney pleaded guilty to eight criminal charges, including two election law charges leveled by the Justice Department. Cohen testified in federal court that Trump had directed him to pay off two women with whom he allegedly had extramarital affairs. His assertion that Trump ordered the payments is seen as creating legal and political jeopardy for the president.

Trump responded by attacking his former lawyer, tweeting that “if anyone is looking for a good lawyer, I would strongly suggest that you don’t retain the services of Michael Cohen!”