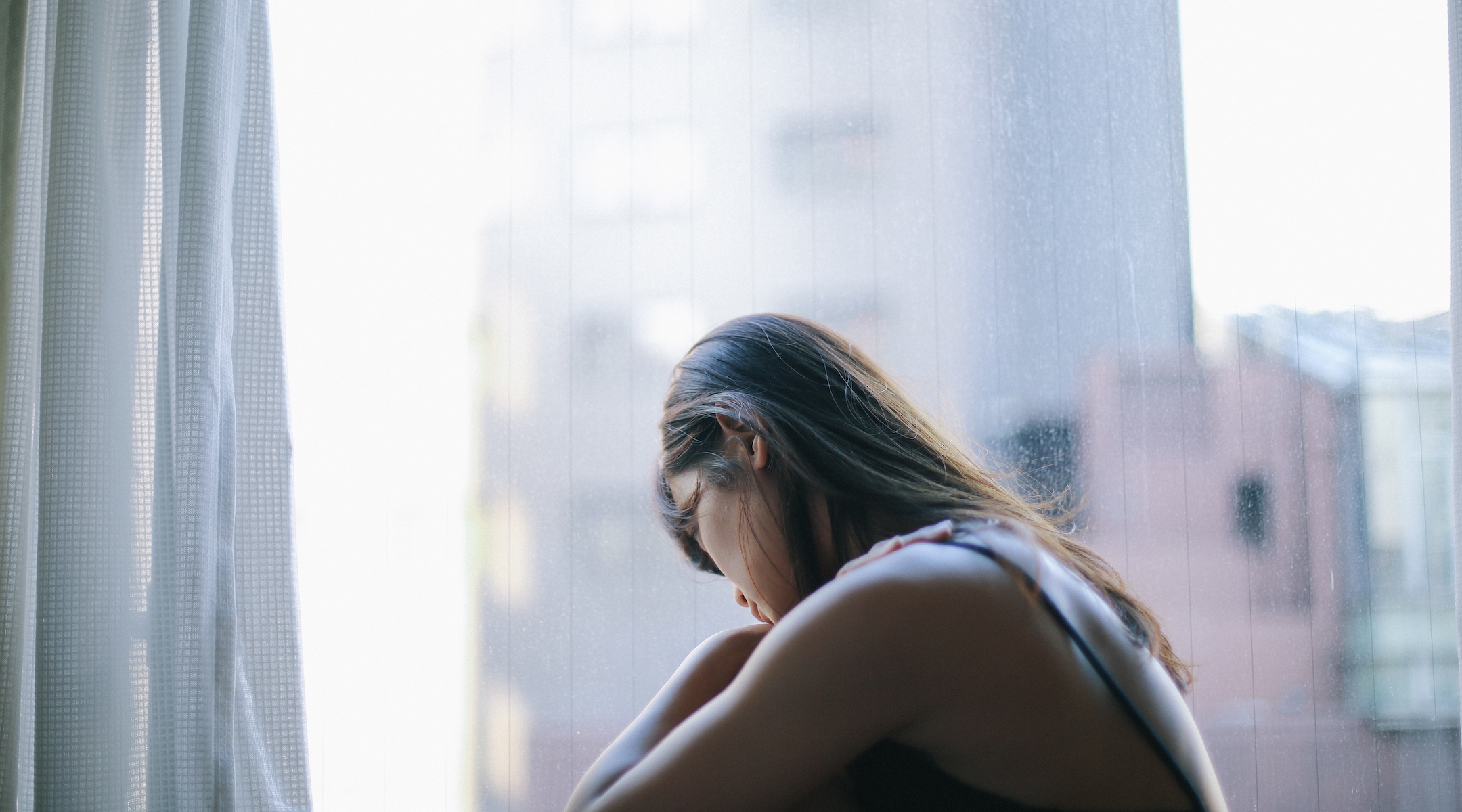 (JTA) — Shonna Levin is an Orthodox Jew, but she won’t be spending Yom Kippur in a synagogue.

The Brooklyn activist had planned to set up camp in Prospect Park, where she was going to host an all-day gathering for Jews with eating disorders for whom the holiday centered around fasting can be especially difficult.

Levin, who herself has struggled with disordered eating in the past, was forced to cancel, however, due to a recent injury.

Her event was to follow rules typical of recovery-focused spaces: no weight, calories or numbers talk. She also intended to bring along something that’s not typically part of Yom Kippur observances: the materials required for a seudah, or festive meal.

“I’d love to do it in future years,” she told the Jewish Telegraphic Agency. “Too many people feel so isolated in this experience.”

Levin’s idea reflected an increasing number of efforts to craft new rituals and offer new modes of observance for Jews with eating disorders. Recognizing that the holiday’s traditional demand of a 25-hour fast could cause people with eating disorders to undertake dangerous behaviors, advocates across the Jewish world are developing alternatives and working to normalize Yom Kippur observances that do not preclude eating.

The Blue Dove Foundation, an organization that seeks to change how Jewish communities handle mental health issues, has created a framework for reflecting on repentance that does not depend on fasting. Rather than asking for confessions of wrongdoing, which can be part of the pathology of eating disorders, the framework asks users to consider what they are already doing and want to do more of.

Many college Hillels are making food available in private spaces, so that students with eating disorders or other needs can eat while remaining set apart during the holiday from the rest of the student body.

Meanwhile, the National Council on Jewish Women is encouraging Jews to turn a ritual around smelling fragrant scents on Yom Kippur into an opportunity to set new intentions for the coming year — a move that the group’s promotional materials emphasize is ideal for people who are and are not fasting.

“And in terms of eating disorders, since that comes up every year, again: HEALTH COMES FIRST, ALWAYS,” the group’s rabbi in residence, Danya Ruttenberg, wrote on Twitter before promoting the scent ritual. “Take care of yourself, and if that means not fasting, do not fast.”

Efforts to support Jews with eating disorders have only grown more resonant in the last year as the pandemic has heightened the isolation and loneliness that those who struggle with the disorders are already prone to experiencing. A study from the first 12 months of lockdowns and social distancing showed that a children’s hospital in Michigan admitted more than twice as many adolescents with eating disorders as it does in an average year.

The findings are no surprise to Temimah Zucker, an Orthodox therapist and social worker in New York who treats many Jews and has seen a rise in both new and relapsed patients.

“People did not know what to do with their time, and there was so much emphasis around ‘this is the time to change your body’ and not at all focused on whether you’re taking care of yourself and your mental health,” Zucker said.

Yom Kippur serves up its own array of unhealthy messages, she said.

“There’s the theme of repenting where individuals who already experience high cognitive distortions around themselves and wrongness,” Zucker said. “Plus the pressure to connect to the day and whether that means fasting or not fasting.”

Jewish tradition is clear that people whose health would be jeopardized by fasting need not abstain from eating. That includes those who are ill, are pregnant or nursing and, many religious leaders have said, people with eating disorders.

Still, many of those in recovery struggle when they attend services, where they are surrounded by hungry people and triggering associations between fasting and discipline or morality. Others, driven by their disorder, ignore spiritual and medical advice.

“Expect the patient to come up with all sorts of ways to try to get out of eating,” said Levin, the organizer of the Prospect Park collective gathering.

“I knew a young man who told his psychiatrist that his rabbi is insisting he not eat for religious reasons, then told the rabbi the psychiatrist OK’d him fasting,” she added — but neither case was true.

Hannah Davidson, a 23-year-old Brooklyn college student, said her family’s rabbi had advised them that she should not fast because of her eating disorder. Davidson said that she, like many others with eating disorders, had embraced fasting because it dovetailed with her disorder.

“That’s why we don’t fast — because we shouldn’t look forward to it,” Davidson said. “That defeats the purpose.”

Esti Jacobs is the coordinator and co-founder of Ayelet Hashacher, a nonprofit organization in the Orthodox community to help people access informed eating disorder treatment. She said that even with a rabbi’s instructions to eat on Yom Kippur, those with eating disorders can still struggle to prioritize recovery.

“It’s like how in COVID people found it very hard to not go to synagogue. You’re raised to do anything to be in synagogue, to miss a flight or leave the house with a high fever,” she said. “So even though God wants us to stay home because of COVID’s risk to life, it just doesn’t feel right.”

Many Jews with eating disorders do structure their lives to insulate themselves from the challenges presented by Yom Kippur. Davidson, for example, said she rarely travels home from college for the holiday.

But avoiding the holidays shouldn’t be the only option.

Yocheved Gourarie was a 24-year-old Orthodox woman who documented her struggles with anorexia and depression on Instagram until her death by suicide in December. Now her father has his own account honoring her memory and documenting her experiences, especially around special events such as holidays.

“She didn’t fast for nine years, and she didn’t attend services completely,” Avremi Gourarie told JTA. “We made very certain that any time religion could have been a factor [in harming her recovery], it was taken out of the equation.”

Levin’s group had aimed to offer a middle ground: a space for those who do attend services and need a place to eat throughout the day. Her goal was to allow people with eating disorders to have a meaningful Yom Kippur, without having to choose between isolation and risk of relapse, in an unstructured, supportive space.

That kind of setting — and other initiatives like Levin’s — is exactly what observant Jews with eating disorders need more of, Zucker said.

“It’s so beautiful that there are so many opportunities for more support like that,” she said. “I think that part of it, too, is greater community awareness so that there’s less judgment, so that it’s normalized to what is best for you in the effort of upholding Jewish law.”