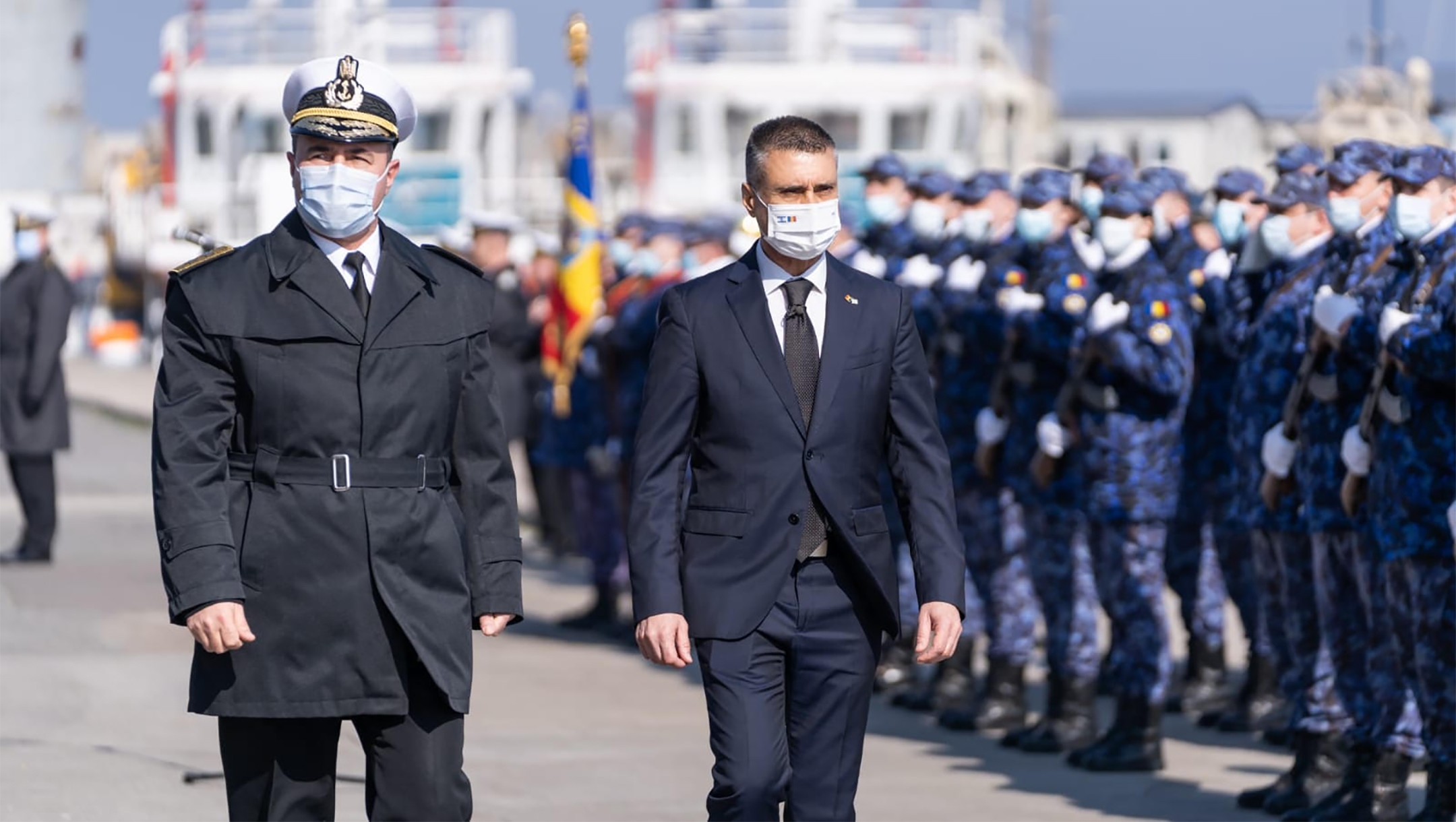 (JTA) — Romanian officials for the first time commemorated the victims of the sinking 80 years ago of the Struma, a ship that carried hundreds of Holocaust refugees from Romania.

The ceremony Tuesday took place in the coastal city of Constanţa in southern Romania, from which the ship set sail in 1941 with 770 refugees, including more than 100 children, aboard.

In 1942, a Red Army submarine mistook the Struma for a hostile vessel after Turkish authorities towed it away from its dock in Istanbul and left it in international waters without a working engine or an anchor. The sub torpedoed the ship, leaving only one survivor.

During the ceremony, which was attended by about 80 people, Romanian Rear Admiral Mihai Panait, who is the top commander of the country’s navy, and Florin Goidea, the director of the Constanţa Port, laid wreaths on the waters beside the dock from which the Struma set sail.

“It’s the first time that Romania officially commemorates the Struma’s tragedy on Romanian soil, and it’s part of the efforts of successive governments in recent years to face the past and the events of the Holocaust era, when half of the country’s Jewish community was murdered,” David Saranga, Israel’s ambassador to Romania, who also attended the event, told the Jewish Telegraphic Agency.

In his speech, Panait, the admiral, acknowledged that historical record.

“We commemorate today not only a tragic event, but we also bring back the attention to the suffering caused by the repression of the Jews during the Second World War,” he said.

Romania was part of the Nazi-led Rome–Berlin Axis and an ally to Adolf Hitler’s Germany.

“We must react immediately to combat any form of intolerance, discrimination or racism. The best answer to such challenges is the honest and responsible education,” Panait said.

Saranga in his speech also noted the persecution of Romanian Jews by their countrymen, while inserting a dig at the British: he added that Romanian Jews would have been able to reach pre-state Israel if it were not for British Authorities’ refusal to let in the refugees, which left them stranded at the mercy of the Turks.

“For 10 weeks, Struma’s passengers had been abandoned in the port of Istanbul, because of the British Government’s refusal to allow their entry to Israel,” he said.

Saranga told the story of one of the victims, 26-year-old Isac-Itzhak Terkatin, a survivor of the vicious Iași Pogrom of June 1941, which Romanians perpetrated against their Jewish neighbors.

Terkatin “hoped to emigrate to Israel” and helped others leave before embarking the Struma despite the risks, Saranga said. “His dream as well as that of other 768 Jews perished in the abyss of indifference.”