Elan Carr, who was named earlier this year, was part of the first official U.S. delegation to the March of the Living, an annual event exposing young people to lessons of the Holocaust.

Touring the Auschwitz complex ahead of the 1.5 mile-long march to the Birkenau death camp, Friedman and Carr gravitated toward a group of officers from the Israeli army and chatted with the group in fluent Hebrew.

“Make sure this doesn’t happen ever again, that’s your responsibility and privilege,” Carr, a JAG Corps officer in the U.S. Army Reserve and an Iraq War veteran, told the troops.

“Seeing those uniforms here is a very emotional experience to me,” he added.

Marching along with the U.S. diplomats were a handful of Holocaust survivors, including Ed Mosberg, a 93-year-old philanthropist from New Jersey who flew here despite having been recently diagnosed with blood cancer. He brought two doctors with him.

Some of the hundreds of American Jews marching this year took note of the first-time nature of the American officials’ visit, they told the Jewish Telegraphic Agency.

Some of them, including 17-year-old Miles Bader from California, said they would be commemorating this year not only Jews killed in the Holocaust but also victims of anti-Semitic attacks since, such as Lori Gilbert-Kaye, who was killed in Saturday’s shooting at a synagogue in Poway, California.

“It’s saddening and frankly terrifying, and it shows why we need to have activities like this one,” said Bader, who sat with fellow members of the BBYO Jewish youth group at the entrance to one of Auschwitz’s infamous yellow-brick barracks. 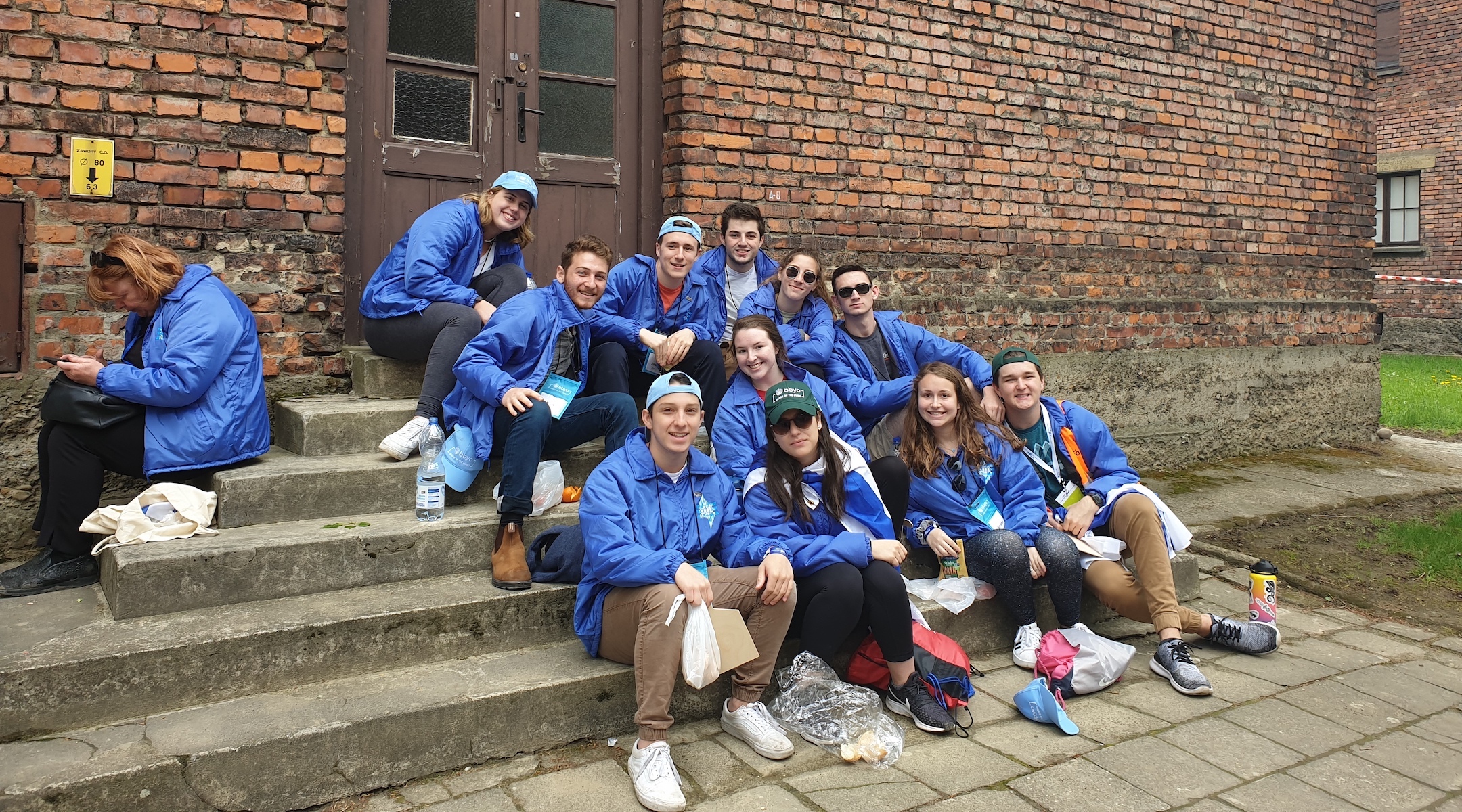 American participants in the March of the Living, May 2, 2019. (Cnaan Liphshiz)

Emma Vilensky, 18, from Philadelphia, said her synagogue recently hired armed guards, which made her feel more safe. But at the same time, she said the Poway attack and last year’s murder of 11 Jews at a synagogue in Pittsburgh were a “frightening reminder” of the level of threat facing American Jews.

Both attacks were carried out by far-right extremists, and while both shooters were deeply critical of Trump, some critics of the president suggested his alleged sympathy for nativism is emboldening anti-Semites.

“When Trump was rising in popularity, a lot of the support for him came from the white nationalists, and he has not called them out very aggressively,” Bader said. He added, however, it is not fair to single out the United States because “anti-Semitism is rising all over the world.”

GlobalHolocaust Remembrance DayMarch of the LivingU.S. special envoy to monitor and combat anti-Semitism