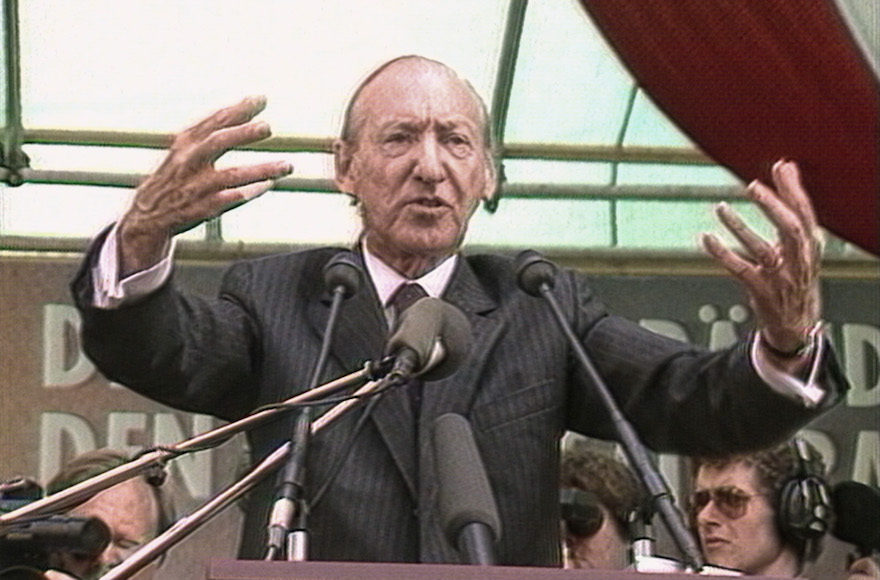 Kurt Waldheim in a still from Ruth Beckermann’s film “The Waldheim Waltz.” (Courtesy of Beckermann)

LOS ANGELES (JTA) — Kurt Waldheim managed an impressive feat: After serving as a soldier and intelligence officer in the Nazi army during World War II, he was twice elected secretary-general of the United Nations before topping off his career as president of his native Austria from 1986 to 1992.

How did he do it?

Largely by massaging his biography to convince the world that he had been merely an ordinary soldier during the war and was following orders. He also persuaded his fellow countrymen and the world that Austria was the first victim of Nazi aggression when native son Adolf Hitler annexed the country in 1938 — to nationwide enthusiasm.

As a popular joke at the time had it, Austrian diplomats managed to convince the public that Hitler, an Austrian, was a native German and Beethoven, a German, was Austrian.

Nevertheless, by the time Waldheim ran for president in 1986, his war record had come back to haunt him. Among the protesters against his campaign at the time was Ruth Beckermann, a budding Jewish Viennese filmmaker who shot some of the larger Austrian demonstrations against Waldheim and the counter rallies.

Some decades and over a dozen films later — including the very Jewish documentaries “Zorro’s Bar Mitzvah” and “Toward Jerusalem” — Beckermann decided to take another look at the earlier footage.

Her new film, “The Waldheim Waltz,” choreographs the agile steps of one of the odder actors in recent world history, whose career nevertheless can still be seen as a forebear of current political swings in Europe and the United States. The film, recently selected as her country’s entry into the Oscars’ foreign film race, opens Friday in New York and gets a national rollout to other cities starting Nov. 16. 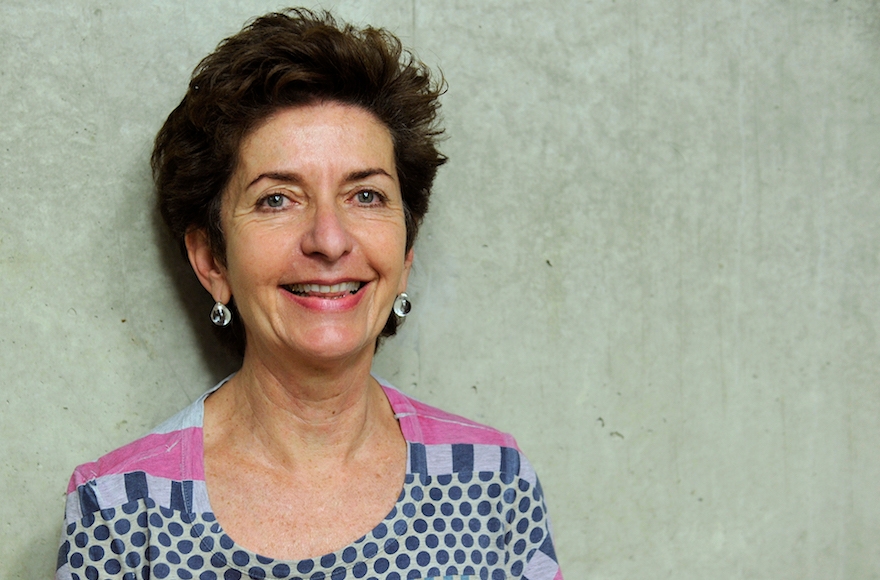 Ruth Beckermann found parallels between Waldheim’s rise and the rise of the modern right in Europe. (Alexi Pelekanos)

In the early 1980s, between Waldheim’s terms as U.N. secretary-general and Austrian president, the World Jewish Congress led a campaign to throw a spoke in his political wheel.

An investigation of Waldheim’s wartime record led by Nazi hunter Eli Rosenbaum revealed that after his service on the Russian front, Waldheim became an intelligence officer with the German army staff in the Balkans. In that capacity he played a key role in the brutal reprisals against the civilian populations of Yugoslavia and Greece — particularly in the deportation of most of Salonika’s large Jewish population to Nazi death camps. He was also shown to have joined, in November 1938, the SA, the original Nazi paramilitary organization.

The charges, and the denials by the Waldheim camp, became a focus of the heated 1986 campaign. Protesters hoisted slogans such as “No to Anti-Semitism, No to Waldheim,” while his supporters countered with “We Austrians elect who we want” and “Waldheim, an Austrian who the world trusts.”

Waldheim was known for his love of horses, and one opponent declared with a straight face: “We never believed that Waldheim was a member of the SA — only his horse was.” Another skeptic labeled the candidate’s inability to remember his wartime activities as a symptom of “Waldheim’s Disease.”

Adding material from archival and current news reports, Beckermann draws a historical line between those events of the 1980s and current political developments, particularly in Europe but also in the United States.

Describing herself in a phone interview as “half demonstrator, half documentarian” — in addition to being director, producer, script writer and narrator — Beckermann discerned in the 1986 Austrian election the emergence of a new political force, still alive and growing in our own time.

She said Waldheim’s election as Austrian president represented one of the first victories of the surging coalition forged between traditional conservative ideologies and the populist, nativist appeal of vigorous right-wing activists. 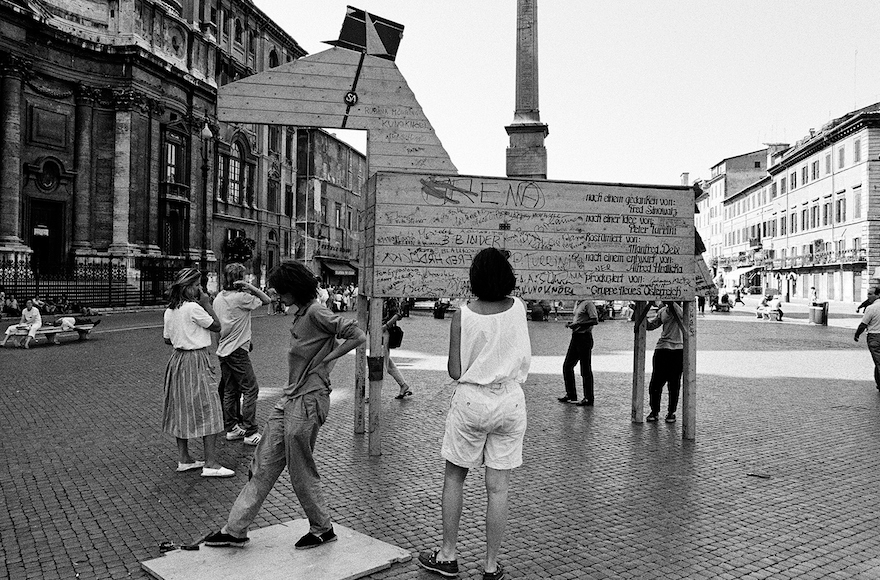 This anti-Waldheim horse statue was erected to protest his 1986 presidential campaign. (Courtesy of Beckermann)

Among the current examples of this force, Beckermann said, include the rise of populist anti-immigrant leaders in Austria, Poland and Hungary, the Brexit movement in Britain, and reinforced right-wing constituencies in Israel and France, as well as the election of President Donald Trump in the United States.

During Waldheim’s term as president, he was considered persona non grata by the U.S. and other Western governments. (He was allowed in Arab countries and the Vatican, which he visited twice.) At his funeral in 2007, then-Austrian President Heinz Fischer said Waldheim “deserves his lifetime to be seen as a whole.”

Despite her dejected tone, Beckermann discerns a glimmer of hope.

“The good people will rally — though I don’t know just when,” she said. “Mankind will survive.”