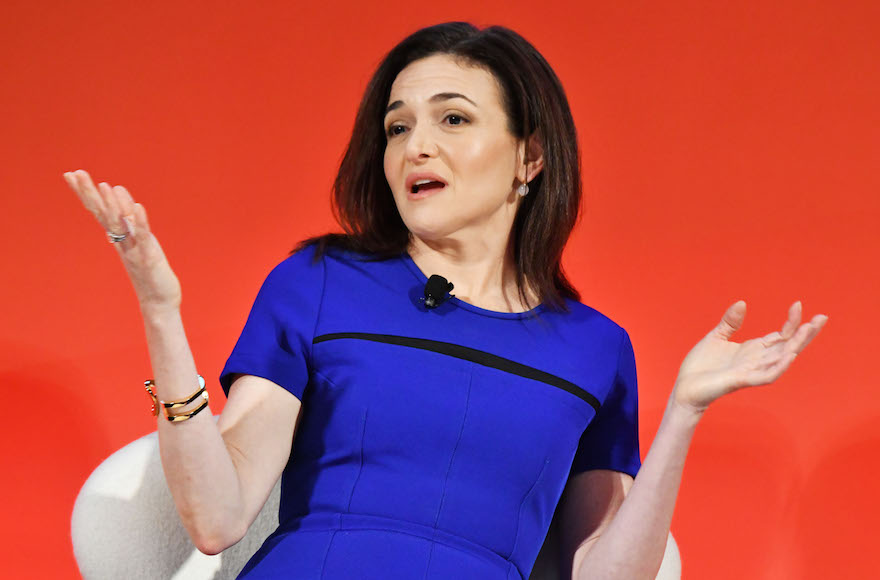 (JTA) — Facebook chief operating officer Sheryl Sandberg admitted she was aware of the company’s work with a Republican-led opposition-research company, and said that Facebook did not intend to foment anti-Semitism.

“I want to be clear that I oversee our Comms team and take full responsibility for their work and the PR firms who work with us,” Sandberg said in a statement on the Facebook website on Wednesday evening.

She noted that when New York Times last week broke the story about the company’s work with Definers Public Affairs, that she did not remember the firm. She said she has since explored the issue and realized that “some of their work was incorporated into materials presented to me and I received a small number of emails where Definers was referenced.”

The firm was hired to push back against critics who denounced Facebook for the leak of users’ personal information to a political data firm linked to then-candidate Donald Trump. The firm  set out to discredit activist protesters in part by linking them to George Soros, the Jewish billionaire who supports Jewish causes.

It led to personal anti-Semitic attacks and references to Soros.

“I also want to emphasize that it was never anyone’s intention to play into an anti-Semitic narrative against Mr. Soros or anyone else. Being Jewish is a core part of who I am and our company stands firmly against hate. The idea that our work has been interpreted as anti-Semitic is abhorrent to me — and deeply personal,” Sandberg said in her statement.

Soros has been widely criticized by conservatives and European nationalists for his support of liberal and pro-democracy causes. At the same time, he has also been cast as a villain in a series of conspiracy theories that many say draw on classic anti-Semitic themes of world domination and secretive manipulation of markets and governments.

Facebook CEO Mark Zuckerberg on Tuesday in an interview with CNN threw his support behind Sandberg, who has been criticized for her role in handling Facebook’s recent crises. He also said he “wasn’t particularly happy” about his company’s involvement in bringing about the attacks on Soros.