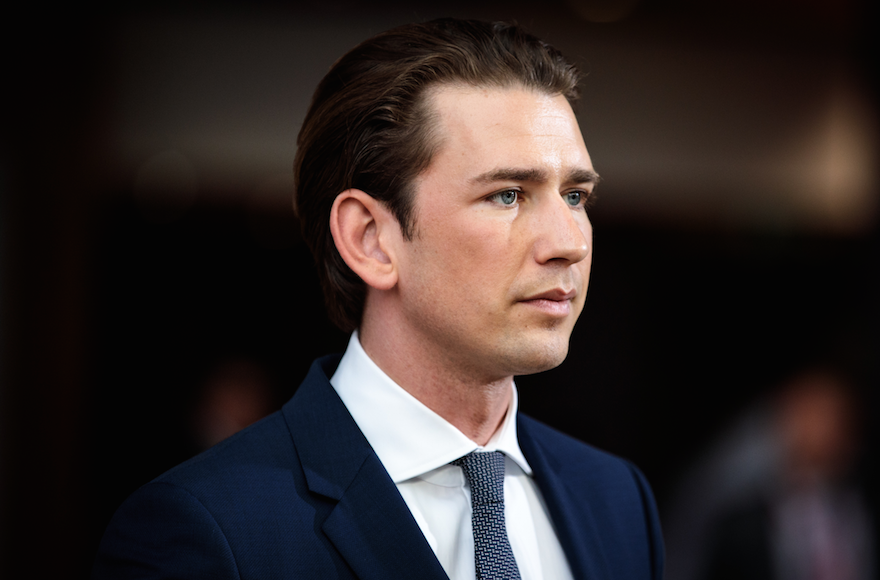 Chancellor of Austria Sebastian Kurz arrives at the Council of the European in Brussels, Belgium, June 28, 2018. (Jack Taylor/Getty Images)

(JTA) — Is it insensitivity or something more sinister?

Some European Jewish leaders have expressed concerns about the scheduling of a European Union leaders’ summit in Austria on Yom Kippur. The date is Sept. 20, the day after Judaism’s holiest day, but the Austrian hosts have acknowledged that some of the events will indeed take place on Yom Kippur.

Many Jewish leaders have cited the move as indicative of the lack of attention paid to their concerns, according to Politico Europe, and some see the meeting’s date as an intentional slight.

The informal meeting of heads of state or government will be held in Salzburg.

“It is very difficult to find a date that works for the 28 member states, 20 September was possible and is the day after Yom Kippur,” the Austrian president’s office said in a statement.

Péter Niedermuller, a Jewish member of the European Parliament from Hungary, linked the scheduling to rising rhetoric regarding the Christian nature of Europe.

“I can imagine very well there are some political intentions,” he told Politico. “Maybe this is a first step to figure out what is possible or what is not possible.”

Niedermuller noted that Austrian Vice Chancellor Heinz-Christian Strache is a member of the far-right Freedom Party, which has a long history of anti-Semitism.

William Echikson, a representative of the European branch of Progressive Judaism, told Politico that it was likely a case of cultural insensitivity rather than an intentional slight.

“There is no doubt that this meeting would never ever have been scheduled for the evening of Dec. 24 and if we are serious about pluralistic societies, this is an essential learning curve which must be taken sooner rather than later,” he was quoted as saying.

“The point is not so much whether there are any Jews/Muslims affected, but whether institutions or governments are open-minded enough to assume that there might well be and to not schedule important events on such dates.”