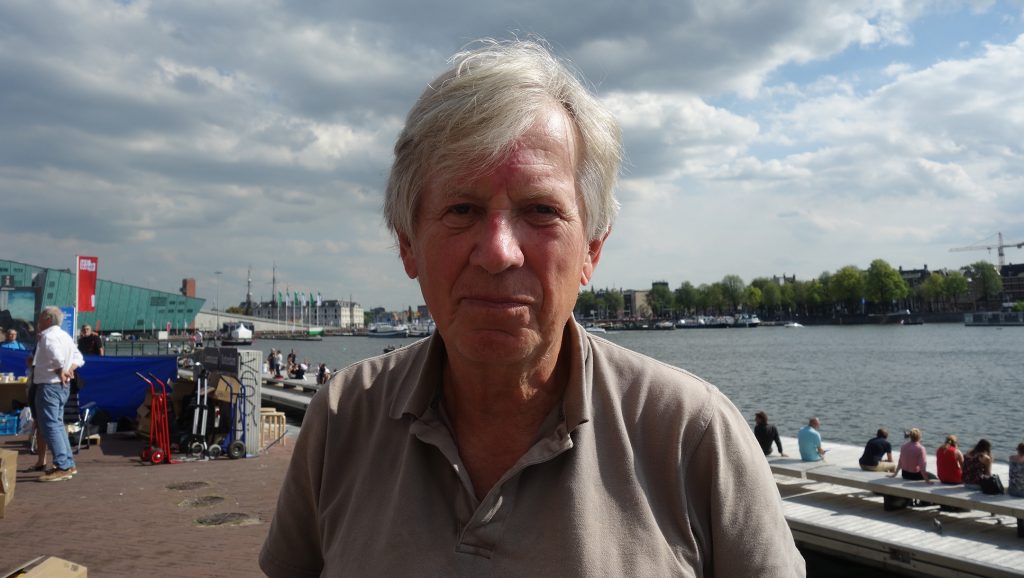 AMSTERDAM (JTA) — The Netherlands’ foremost philosopher called the dispersal of Jews in the Diaspora a “blessing” because it prevented them from achieving the power they have in Israel today that has resulted in “religiously motivated violence.”

Hans Achterhuis, the first recipient of the prestigious and royally recognized title of “thinker of the Fatherland,” made the remarks in an interview on the role of religion in the modern state for Trouw, which the paper published on Thursday, Israel’s national Holocaust memorial day.

“As terrible as the story of the Jews has been, it was still in a certain sense a blessing that they were dispersed in the Diaspora. They had no power and therefore no possibility of exercising religiously motivated violence. And one sees how it can go wrong if that power does exist, in the State of Israel,” Achterhuis said.

His comment provoked outrage by Jewish community representatives and Israel’s ambassador to the Netherlands, Naor Gilon, who wrote on Twitter: “Shameful article in @Trouw on the day we remember the 6 million #Jews murdered in #Europe. History taught us that having a Jewish state – #Israel is the only way to survive #NeverAgain.”

Trouw told the Jewish Telegraphic Agency that the interview was not intentionally timed to run on Israel’s memorial day, Yom Hashoah.

The Center for Information and Documentation on Israel, or CIDI, the Dutch Jewry watchdog on anti-Semitism, accused Achterhuis of racism toward Jews.

“Being satisfied if a group is oppressed and fearing it if it realizes its rights. That’s the definition of racism, which Hans Achterhuis exemplifies in @Trouw,” CIDI wrote on Twitter. “He has not earned his title of Thinker of the Fatherland today.”

In an email to JTA, Achterhuis rejected the allegations, saying his words should not be seen as challenging the Jewish people’s right to self-determination.

“I see here no discrimination because I think it’s absolutely normal for Israel to realize its rights,” Achterhuis wrote.

He did not answer JTA’s question on whether or in what way he sees Israel as facilitating the exercising of religiously motivated violence.

“The Jewish People exists and is dear to me,” Achterhuis wrote. “The foremost philosopher whom I study is Hannah Arendt, who, as you know, was a Jewish woman. And of course Jews have a right to self-determination, and naturally Israel is for many Jewish friends a means to achieving that.”