Did a campus conference on Gaza feature anti-Semitism?

(JTA) — “This is my anti-Semitic song,” Tamer Nafar, a Palestinian-Israeli rapper, said at the opening of a conference on Gaza last month at the University of North Carolina at Chapel Hill.

“I know it might sound [like] R&B stuff, but don’t think of Rihanna when you sing it, don’t think of Beyonce,” he continued. “Think of Mel Gibson. Go that anti-Semitic. Let’s try it together because I need your help. I cannot be anti-Semitic alone.”

Nafar then launched into “Mama, I fell in love with a Jew,” a joking song about a Palestinian who becomes infatuated with an Israeli woman soldier while stuck in an elevator. (Sample lyric: “Was it meant to be? Could she be the one?/Her name is not Janie but she’s got a gun.”)

Let’s back up: In late March, the Middle East Studies departments at Duke University and UNC co-sponsored a conference called “Conflict over Gaza: People, Politics, and Possibilities.” Much of the conference consisted of panels and speeches by academic and policy experts.

But the opening night of the conference featured Nafar’s performance. The musician, who identifies as Palestinian, is a citizen of Israel and a member of the Palestinian hip-hop group DAM, which has been active since 2000. One of its songs was the theme for “Arab Labor,” a sitcom in Israel about Arab Israelis. This year, ahead of the Israeli elections held last week, he wrote a song encouraging Arab Israelis to vote.

In the weeks following the conference, the UNC Hillel put out a statement criticizing what it called the overall anti-Israel bias of the conference, as well as calls by some speakers for a boycott of Israel, but not Nafar’s song. It appears to have become an issue only after Ami Horowitz, a pro-Israel videographer, released video from the conference last week that included a clip of Nafar talking about anti-Semitism onstage but not the song’s lyrics.

In the days after, Hillel, UNC’s chancellor and one of the departments sponsoring the conference have put out statements condemning the performance. UNC Global, a department that focuses on “supporting, promoting and facilitating UNC’s global priorities,” said it was “heartbroken and offended” by the song.

“A performance during a recent conference held on our campus contained disturbing and hateful language,” read a statement by Kevin Guskiewicz, UNC’s interim chancellor, on April 12. “I am heartbroken and deeply offended that this performance happened. I stand steadfast against anti-Semitism and hate in all its forms.” 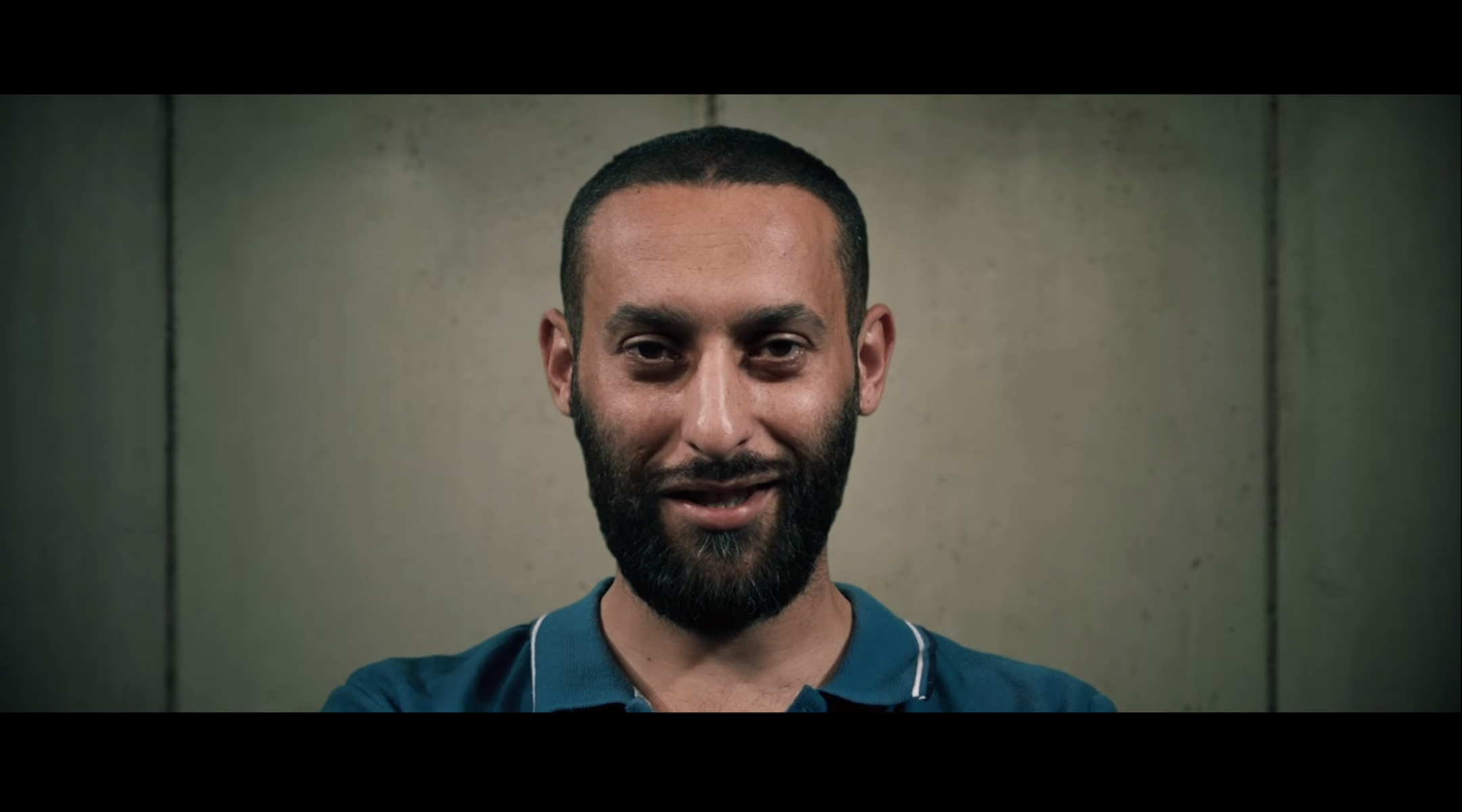 Tamer Nafar, a Palestinian-Israeli rapper, is being accused of anti-Semitism for a performance at the University of North Carolina last month that defenders said was meant ironically. (Screenshot from YouTube)

U.S. Rep. George Holding, R-N.C., is calling for the Department of Education to investigate the conference. According to the News & Observer, a local paper, the conference used $5,000 in federal funding.

“Honest academic debate featuring diverse perspectives and a wide range of views is critical in a democratic society and a central tenet of American’s educational system,” Holding wrote in a letter to Secretary of Education Betsy DeVos. “However, it is irresponsible, immoral and unproductive for taxpayer dollars to fund overtly biased advocacy under the guise of academic discourse.”

The local Hillel is calling on the school to conduct a senior administrative review of the conference to determine if there were additional instances of anti-Semitism.

Lara Friedman, the president of the Foundation for Middle East Peace, did not see the concert but spoke at the conference the next day and said it stayed within the bounds of appropriate discourse on the issue. Friedman self-identifies as a liberal Zionist. She said the conference included criticism of Israel, Hamas and the Palestinian Authority, as well as of U.S. policy on Gaza.

“It was within the norms and bounds of reasonable discourse on this issue,” she said. “There was nothing in the discourse here that isn’t heard in any discussion on Israel-Palestine.”

“Whether he’s attempting be a comedic provocateur, I don’t know, but I didn’t find it funny,” said Gauss, who was not at the performance but saw footage of it.

“The idea of the university sponsoring a musician who would sing about anti-Semitism in an at-worst glorifying way and at best belittling and lighthearted way, they’re not happy about it,” he said. “You still have the option to bring speakers who don’t play fast and loose with this language, and if you want to push the envelope, you have to cover your bases.”

The Jewish Telegraphic Agency reached out to Nafar for comment. After communicating with JTA over the course of a day, he did not respond with a statement by press time.

But Elyse Crystall, a comparative literature associate professor at UNC who is the faculty adviser for the campus chapter of Students for Justice in Palestine, said she felt that Nafar was ironically poking fun at American notions that Palestinians and Arabs are anti-Semitic.

The video of Nafar’s performance came during the same week that anti-Semitic fliers were found at a library on the UNC campus. The fliers warned of “an evil Jewish plot” and said “do everything you can to fight the silent covert Jewish attempt to enslave and kill good Americans,” according to the UNC Hillel.

No one has drawn a link between the conference and the fliers.

It also appears that the conference has not sparked significant student protest.

Kyra Rubin, a senior who is active in both student government and J Street U, the campus arm of the liberal Israel lobby, wrote to JTA in an email Tuesday, “To be quite honest, this is the first I have heard about this conference.”