Despite star power, boycotting Israel has little appeal in the UK 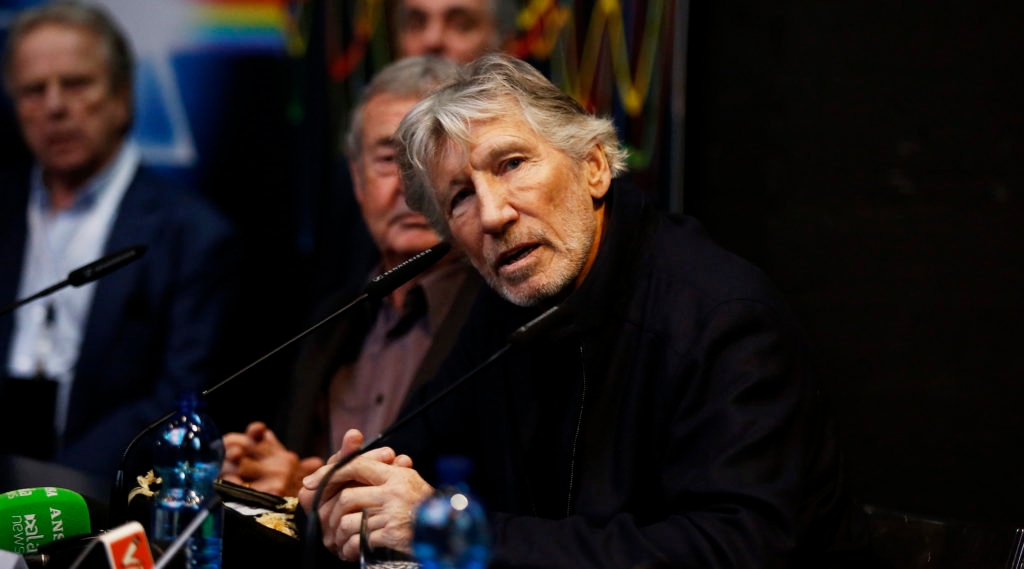 (JTA) — The British branch of the Boycott, Divestment and Sanctions movement against Israel possesses a weapon matched by few other affiliates: star power.

More than any of its international counterparts, BDS UK enjoys the support of renowned musicians like Roger Waters, Brian Eno, Peter Gabriel, Richard Ashcroft and Jarvis Cocker, whom boycott activists like to parade in various petitions. Also on board are eminent filmmakers like Ken Loach and Mike Leigh, and even the celebrated actress Julie Christie has signed on.

(On Tuesday, several of those stars signed yet another petition, urging the BBC to push for the 2019 Eurovision song contest to be moved out of Israel, which they accuse of employing “apartheid” policies.)

The pro-Israel camp has its own British celebrity advocates, including singers Steven Morrissey, the Australia-born (but U.K.-based) singer Nick Cave and the band Radiohead.

What effect are these celebrities having in the fight for British hearts and minds?

Some insight can be found in the largest-ever poll on the popularity of the BDS campaign in Britain, the results of which were published Wednesday.

It doesn’t look too good for BDS.

In the poll of 4,005 British respondents, only 10 percent agreed that Israel should be boycotted, compared to 46 percent who disagreed, according to the Ipsos MORI polling company. It conducted the survey in 2016 and 2017 for the Institute for Jewish Policy Research and the Community Security Trust.

Significantly, another 42 percent said they either had no opinion or did not know, with the remaining 2 percent saying they would rather not express an opinion.

The study found a distinct correlation between support for BDS and the view of Israel as an apartheid state.

Asked whether they agree that Israel in an apartheid state, 21 percent of respondents agreed, compared to 19 who disagreed. Here, too, the largest group by far was the “don’t knows,” with 42 percent.

Muslim respondents were almost four times likelier to agree with the need to boycott Israel than the average, the report said. But also among Muslims, the boycott contingent was in the minority and no fewer than 16 percent of respondents from that group disagreed with boycotting Israel.

Another key finding came from the report’s attempt (the most comprehensive so far) to tackle the contentious claims that BDS is motivated by anti-Semitism. Boycott advocates say their response is merely to Israel’s human rights violations and control of Palestinian land.

InIaddition to being asked about BDS and apartheid, Respondents to the poll were asked also to agree or disagree with a set of assertions regarded as anti-Semitic, including “Jews think they are better than others,” “Jews get rich at the expense of others” and “Jews exploit Holocaust victimhood for their own purposes.”

The respondents who supported BDS and the apartheid analogy were significantly likelier than others to agree with these “more traditional anti-Jewish tropes,” the report said.

Yet perhaps the poll’s most significant finding is how many respondents, about 42 percent, had no opinion on the BDS and apartheid issues either way.

“It is all too easy in heated debates about complex political matters to forget, or even dismiss, the fact that not everyone has an opinion,” the report’s authors, David Graham and Jonathan Boyd, wrote. Boyd is the executive director and Graham is a senior research fellow of the London-based Institute for Jewish Policy Research.

But the data they compiled shows that both sides have largely failed at engaging large swaths of the British public – with an emphasis on young people.

To Mark Gardner, the communications director of the Community Security Trust – British Jewry’s watchdog and security group – these and other nuances show that the British celebrities promoting BDS “are largely irrelevant, despite the impression some of us may have about what they represent.”

By contrast, the ongoing debate about the British Labour Party’s spiraling anti-Semitism crisis, where Israel plays a central role, “is causing a lot of people to come out against anti-Semitism and come down on our side of the fence,” he said.

Mostly, though, Gardner said the analysis shows that there is “untapped potential for both sides.” He hopes the data from the survey “will be used as an effective tool to better understand where the fight against antisemitism is impacted upon by BDS and attempts to delegitimize Israel.”