Democratic Majority for Israel PAC endorses Raphael Warnock, who is under fire for his past Israel views 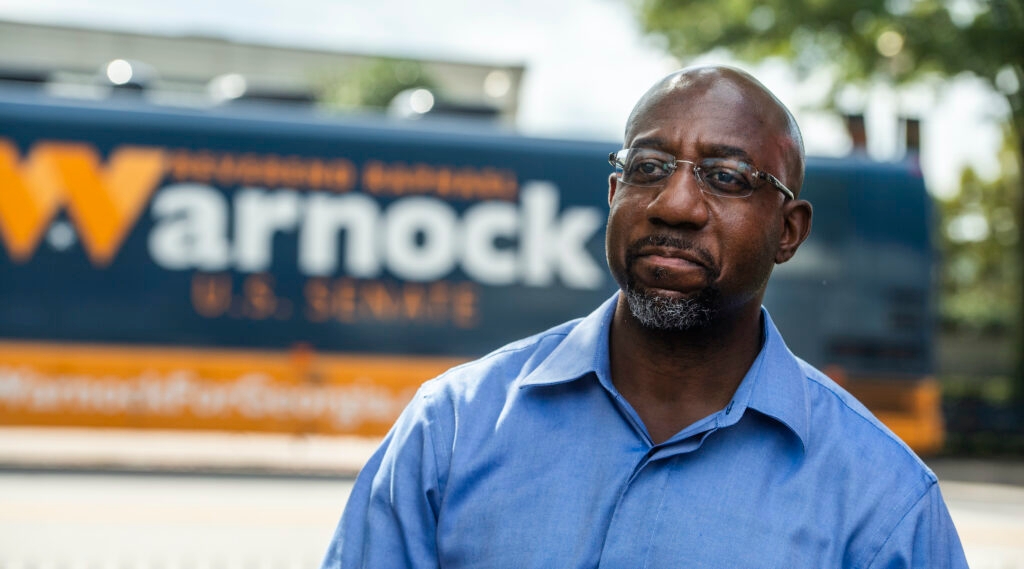 The endorsement comes as Loeffler steps up her attacks on Warnock, a prominent Atlanta pastor, for past sermons in which he was sharply critical of Israel.

Warnock has clarified his positions on Israel after critics began drawing attention to his past comments, which also included a letter in which he joined other Black ministers in summarizing their takeaways from a trip to Israel last year.

Speaking to a different Democratic group, the Jewish Democratic Council of America, on Tuesday, Warnock said he rejects describing Israel as an apartheid state, condemns the boycott Israel movement, and now has a greater understanding of the threat that Hamas’s control of the Gaza Strip poses to Israel. He also says he backs existing levels of defense assistance to Israel, separating himself from a group of party progressives who want to condition aid to Israel on its adherence to U.S. policy.

Now, the Democratic Majority for Israel PAC has endorsed him, weeks before a pivotal runoff election that could alter control of the Senate.

“As a United States senator, Rev. Warnock has committed to upholding the historic 10-year Memorandum of Understanding negotiated by the Obama-Biden Administration, which secured $38 billion in security aid for Israel, the largest such agreement between our two nations,” Mark Mellman, the PAC’s president, said in a statement first obtained by the Jewish Telegraphic Agency.

“Reverend Warnock has rightfully condemned the Boycott, Divest, and Sanctions (BDS) movement for its refusal to acknowledge Israel’s right to exist and its anti-Semitic overtones,” Mellman added.

In 2018, Warnock in a sermon at his Atlanta church, Ebenezer Baptist, lashed out at Israel for directing its snipers to open fire at protesters on the Gaza border. In 2019, after a visit to Israel, he signed a statement that criticized Israel and likened circumstances in the West Bank to Apartheid-era South Africa’s occupation of Namibia. The statement did not liken Israel to an apartheid state.

Loeffler repeatedly brings up the past statements in her attacks. Warnock, in turn, has noted Loeffler’s flirtations with the far right. That has included joint appearances with a newly elected House member who is a proponent of the QAnon conspiracy theory, which has anti-Semitic undertones.

Georgia is holding two runoff elections for the U.S. Senate on Jan. 5. Warnock is campaigning with Jon Ossoff, a Jewish Democrat who is also seeking to oust an incumbent Republican, David Perdue. Both parties see the races as critical; if Democrats win both, they will assume control of the Senate, which will give president-elect Joe Biden greater freedom to pursue his initiatives. Democrats maintain control of the U.S. House of Representatives.