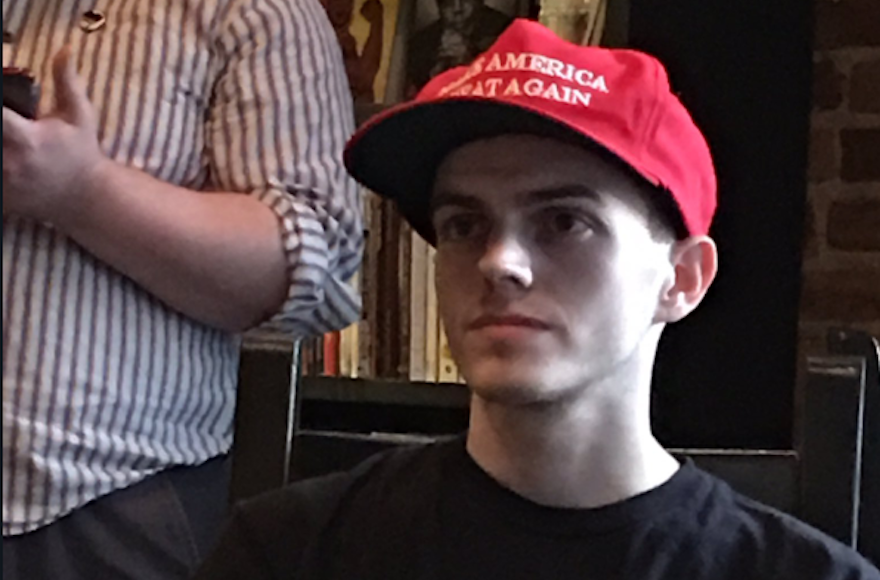 WASHINGTON (JTA) — A Washington, D.C., white supremacist was arrested on a gun charge after family members warned police that he said the Pittsburgh synagogue killings last month were a “dry run.”

Jeffrey Clark, 30, appeared Tuesday in U.S. District Court on charges of illegally possessing a firearm and a high-capacity magazine, The Washington Post reported.

Two family members alerted police after Clark grew increasingly agitated in the wake of the suicide of his 23-year-old brother, Edward, on Oct. 27, just hours news broke of the worst anti-Jewish attack in U.S. history, when a gunman killed 11 worshippers at The Tree of Life synagogue complex in Pittsburgh.

The brothers were active on far-right social media. Jeffrey Clark had been “friended” by the alleged Pittsburgh gunman, Robert Bowers, on the far-right chat site Gab.

Huffington Post reported that Jeffrey Clark wrote on Gab that the Pittsburgh killings were a “dry run” and “the f***ing kikes that got shot by the hero #RobertBowers were all active supporters of pedophilia … and every last one of them deserved exactly what happened to them and so much worse.”

Huffington Post reported that photos showed Jeffrey Clark at the neo-Nazi rally in Charlottesville, Virginia, in August 2017. The rally included violence against counterprotesters and culminated in a deadly car ramming that killed one counterprotester and injured at least 20.