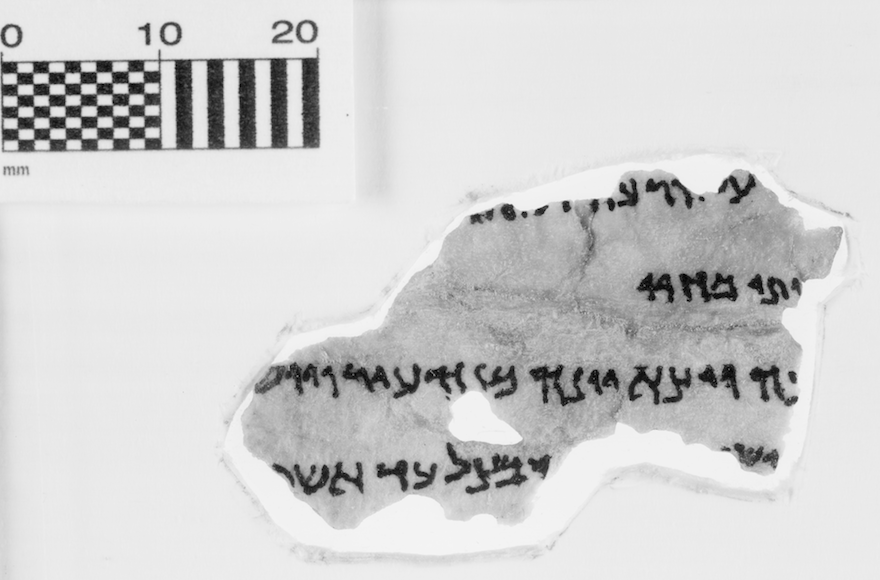 (JTA) — The Museum of the Bible in Washington, D.C., will remove five items from its Dead Sea Scroll collection after an analysis showed they were fake.

The museum said Monday that an outside analysis of the items concluded that they “show characteristics inconsistent with ancient origin.”

Scholars had raised doubts previously about the authenticity of the fragments, which were believed to belong to a collection of ancient Jewish manuscripts found in caves near the Dead Sea. The museum’s Dead Sea Scroll collection consists of 16 items.

“Though we had hoped the testing would render different results, this is an opportunity to educate the public on the importance of verifying the authenticity of rare biblical artifacts, the elaborate testing process undertaken and our commitment to transparency,” the museum’s chief curatorial officer, Jeffrey Kloha, said in a statement.

The museum said it will replace the five fragments with three others “that will be on exhibit pending further scientific analysis and scholarly research.”

The analysis of the fragments was conducted by Bundesanstalt für Materialforschung und-prüfung, a German institute that analyzes such materials.

The Museum of the Bible, which opened last November and cost $500 million to build, was largely funded by the evangelical Green family, which runs the Hobby Lobby chain of crafts stores. Its president, Steven Green, serves as the museum’s chairman.