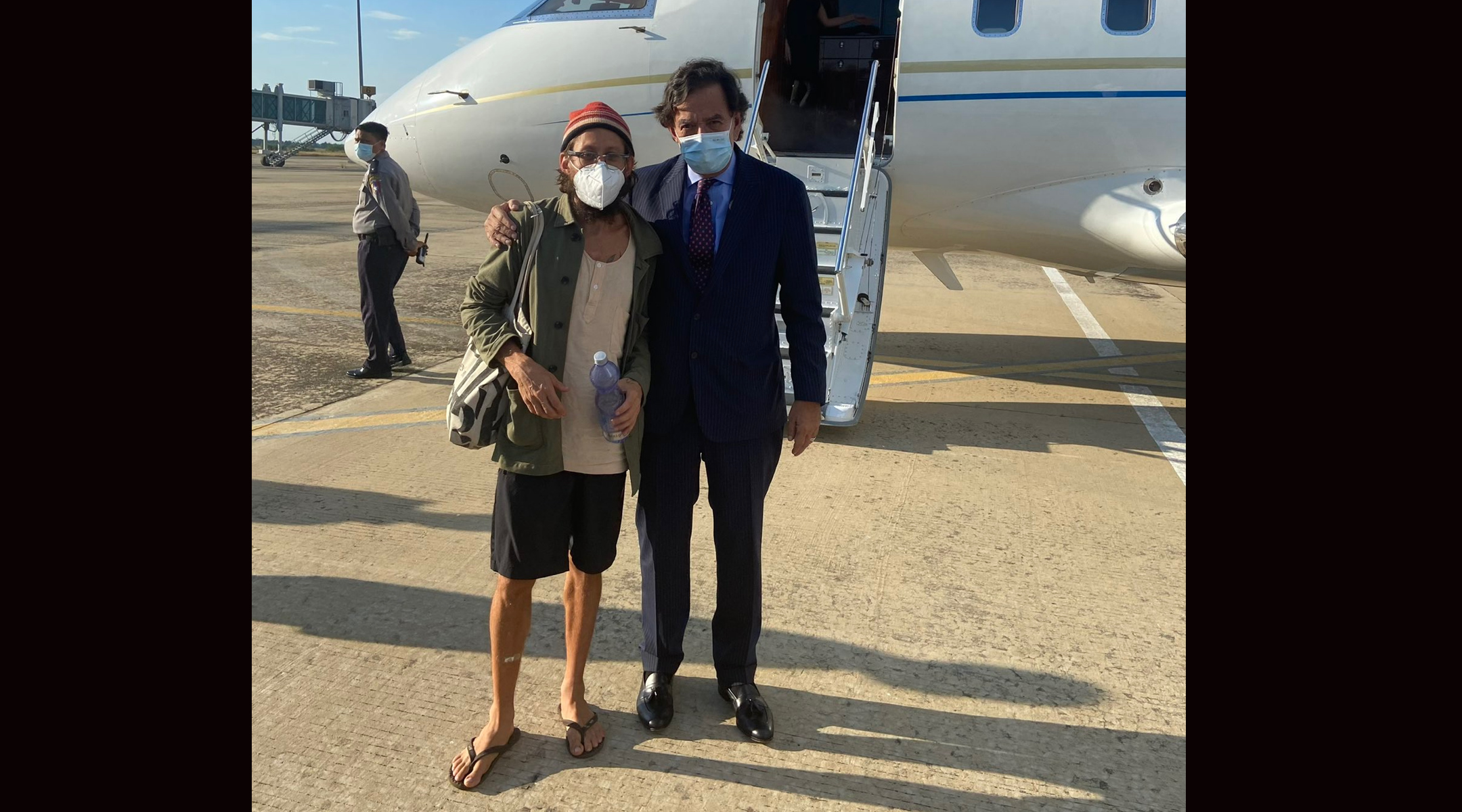 (JTA) — Danny Fenster, a Jewish American journalist who has been imprisoned in Myanmar since May and was sentenced to 11 years in prison Friday, has been released just days later, according to reports.

Former New Mexico governor and former diplomat Bill Richardson, who was in the country on a humanitarian visit, told reporters Monday that Fenster would travel back to the United States “through Qatar, over the next day and a half,” CNN reported.

Fenster’s brother Bryan celebrated the news in a tweet Monday morning. “We are overjoyed that Danny has been released and is on his way home – we cannot wait to hold him in our arms,” he wrote.

Zaw Min Tun, a spokesman for Myanmar’s military, told CNN that Fenster “has been released and deported. We will release details why he was released later.”

Fenster, who had lived and worked in Myanmar since 2019 as a managing editor at the magazine Frontier Myanmar, had been detained at the airport while trying to leave the country to visit the United States in May. Fenster had been held without bail on various charges by Myanmar’s military, all having to do with his journalism.

Fenster’s imprisonment had become a rallying cry in his hometown of Detroit, where many lawns display “Free Fenster” signs on their front lawns, and his family has organized rallies attended by local Congressman Andy Levin. A recent post in a “Bring Danny Home” Facebook group, which has more than 6,000 members, reads, “We wish more than anything that Danny would be brought home to this community that loves him so.”