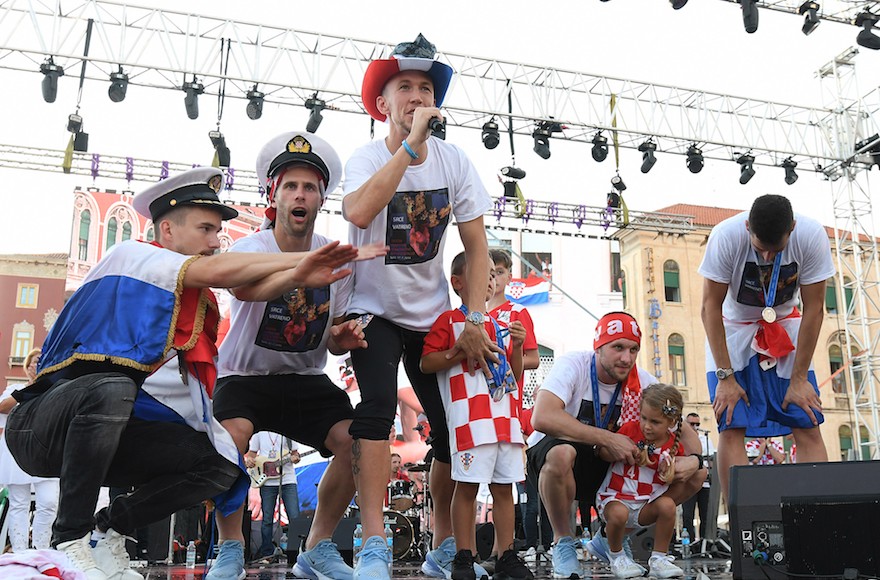 (JTA) — The Simon Wiesenthal Center issued a denunciation of Croatia’s national soccer team on Wednesday, slamming the participation of a “fascist” singer in celebrations organized to mark its return home from the World Cup earlier this week.

Members of the Croatian squad, which finished second in the quadrennial international tournament, invited singer Marko Perkovic, also known as Thompson, to ride with them as they made their way from the airport to the capital Zagreb on Monday, Balkan Insight reported.

Regional TV station N1 reported that the players invited Thompson on the bus and that Croatia’s star player and World Cup Golden Ball winner Luka Modric requested that he sing once they reached the stage. The director of the event had previously said that no singers or politicians would attend the event.

“We have another special wish – that is, that Marko gives us another song,” Modric said, hugging Thompson.

The Wiesenthal Center’s Dr. Efraim Zuroff described Thompson as an Ustasha sympathizer, referring to a Croatian nationalist movement that collaborated with the Nazis and participated in the Holocaust. Thompson is known for his songs about concentration camps and the murder of Serbs. 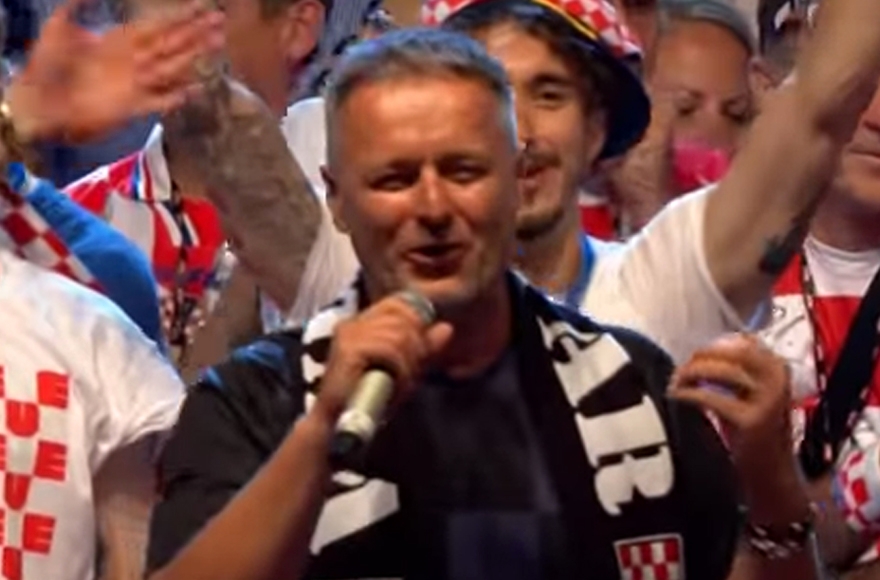 “Marko Perkovic has never missed an opportunity to transmit his hateful messages,” Zuroff said. “It is no accident that numerous people show up at his concerts wearing Ustasha uniforms and/or symbols and give Ustasha salutes. He should not be an honored guest anywhere, let alone at one of the biggest gatherings in democratic Croatian history to celebrate a magnificent sporting achievement. Luka Modric might indeed have deserved to be World Cup Most Valuable Player, but for inviting Thompson to sing he deserves a red card.”

FIFA, soccer’s world governing body, fined Croatian assistant coach Ognjen Vukojevic 15,000 Swiss francs last week for using the Ukrainian phrase “Slava Ukrainy” (Glory to Ukraine), which is associated with the Organization of Ukrainian Nationalists, a far-right group that collaborated with the Nazis and killed thousands of Jews and Poles. Croatian star defender Domagoj Vida was caught on film using the phrase as well.